Merely due to their ethnic identity, Xinjiang Uyghurs are subjected to surveillance and control by the Chinese authorities. 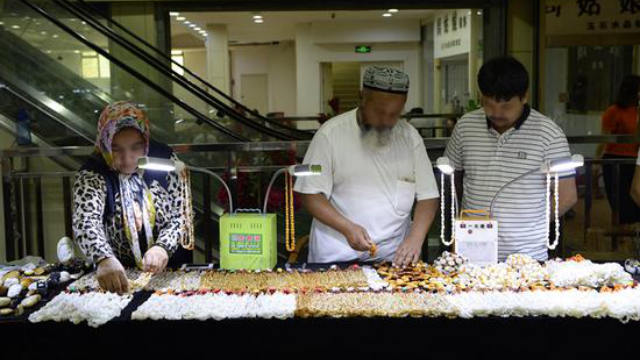 Bitter Winter received a copy of a counterterrorism work plan issued by the Public Security Bureau of a county in China’s central Henan Province during the 2019 meeting of the National People’s Congress (NPC) and Chinese People’s Political Consultative Conference (CPPCC). According to the plan, upon coming across Uyghurs from Xinjiang, police officers must report immediately to the counterterrorism office and carry out follow-up work. They must also gather information about their activities, related capital flow, online communications, religious activities, interactions and relationships, and event such minute details as the purchase of goods.

Similar measures have also been implemented in Henan’s Puyang city: The Municipal Public Security Bureau has ordered the owners of local hotels and internet cafés to report any Uyghurs attempting to use their services and to prohibit them from checking in or going online. If business owners fail to do so, they will be convicted and punished under the Anti-Terrorism Law of the People’s Republic of China.

One employee of a hotel in Puyang revealed that the police refer to Uyghurs from Xinjiang as “rebels.” If an Uyghur checks into a hotel and the business does not promptly report the situation, the hotel will be closed or fined.

In a bulletin issued in early 2019, a municipal Party committee in northern Hebei referred to Uyghurs as “terrorists.” The circular called for resisting infiltration by the three forces – terrorism, separatism, and religious extremism – into local work and business groups. Special governance operations must be carried out concerning enrollment at private schools, trade and economic activities, logistics and transportation, and communications by people related to Xinjiang.

Uyghurs are also closely tracked and monitored when traveling by bus or train. A source who requested anonymity provided Bitter Winter with a notice issued by a railway department in Henan regarding the “disposition process for key focus groups,” Xinjiang Uyghurs being one of such focus groups. Train attendants are demanded to carefully check Uyghurs’ tickets and ID cards, making sure that they match, and report promptly about the person via intercom to the train conductor, who then notifies the railway police. The conductor and police must then verify the identity of the “key person,” check the items he or she is carrying and record all of them for reference.

Bitter Winter has previously reported that Uyghurs from Xinjiang who do business or reside in other regions are subjected to strict control by the authorities, and are prohibited from participating in any religious activities.

An Uyghur Muslim businessman in southeast Fujian Province told Bitter Winter that local police officers visit him three to four times per month and take his picture. Sometimes he is required to send photos of his entire family or report his movements and whereabouts to the local police station. He also needs to obtain from the police a monthly certificate proving that he is away from Xinjiang to do business. The man said that he doesn’t dare to keep any books related to religion at home.

The CCP has locked up more than a million Uyghur Muslims and indoctrinates them in transformation through education camps under the pretext of “countering terrorism and maintaining stability.”