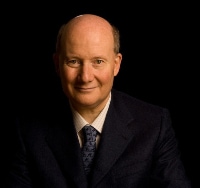 Massimo Introvigne (born June 14, 1955 in Rome) is an Italian sociologist of religions. He is the founder and managing director of the Center for Studies on New Religions (CESNUR), an international network of scholars who study new religious movements. Introvigne is the author of some 70 books and more than 100 articles in the field of sociology of religion. He was the main author of the Enciclopedia delle religioni in Italia (Encyclopedia of Religions in Italy). He is a member of the editorial board for the Interdisciplinary Journal of Research on Religion and of the executive board of University of California Press’ Nova Religio.  From January 5 to December 31, 2011, he has served as the “Representative on combating racism, xenophobia and discrimination, with a special focus on discrimination against Christians and members of other religions” of the Organization for Security and Co-operation in Europe (OSCE). From 2012 to 2015 he served as chairperson of the Observatory of Religious Liberty, instituted by the Italian Ministry of Foreign Affairs in order to monitor problems of religious liberty on a worldwide scale. 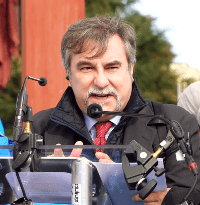 Marco Respinti is the Editor-in-Chief of International Family News. He is an Italian professional journalist, member of the International Federation of Journalists (IFJ), essayist, translator, and lecturer. He has contributed and contributes to several journals and magazines both in print and online, both in Italy and abroad. Author of books, he has translated and/or edited works by, among others, Edmund Burke, Charles Dickens, T.S. Eliot, Russell Kirk, J.R.R. Tolkien, Régine Pernoud and Gustave Thibon. A Senior fellow at the Russell Kirk Center for Cultural Renewal, a non-partisan, non-profit U.S. educational organization based in Mecosta, Michigan, he is also a founding member as well as Board member of the Center for European Renewal, a non-profit, non-partisan pan-European educational organization based in The Hague, The Netherlands, and a member of the Advisory Council of the European Federation for Freedom of Belief. He serves as Director-in-Charge of the academic publication The Journal of CESNUR and Bitter Winter: A Magazine on Religious Liberty and Human Rights in China. 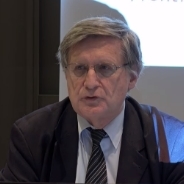 Willy Fautré, former chargé de mission at the Cabinet of the Belgian Ministry of Education and at the Belgian Parliament. He is the director of Human Rights Without Frontiers, an NGO based in Brussels that he founded in 1988. His organization defends human rights in general but also the rights of persons belonging to historical religions, non-traditional and new religious movements. It is apolitical and independent from any religion.
He has carried out fact-finding missions on human rights and religious freedom in more than 25 countries He is a lecturer in universities in the field of religious freedom and human rights. He has published many articles in university journals about relations between state and religions. He organizes conferences at the European Parliament, including on freedom of religion or belief in China. For years, he has developed religious freedom advocacy in European institutions, at the OSCE and at the UN. 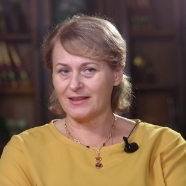 Rosita Šorytė was born on September 2, 1965 in Lithuania. In 1988, she graduated from the University of Vilnius in French Language and Literature. In 1994, she got her diploma in international relations from the Institut International d’Administration Publique in Paris.
In 1992, Rosita Šorytė joined the Ministry of Foreign Affairs of Lithuania. She has been posted to the Permanent Mission of Lithuania to UNESCO (Paris, 1994-1996), to the Permanent Mission of Lithuania to the Council of Europe (Strasbourg, 1996-1998), and was Minister Counselor at the Permanent Mission of Lithuania to the United Nations in 2014-2017, where she had already worked in 2003-2006. She is currently on a sabbatical. In 2011, she worked as the representative of the Lithuanian Chairmanship of the OSCE (Organization for Security and Cooperation in Europe) at the Office for Democratic Institutions and Human Rights (Warsaw). In 2013, she chaired the European Union Working Group on Humanitarian Aid on behalf of the Lithuanian pro tempore presidency of the European Union. As a diplomat, she specialized in disarmament, humanitarian aid and peacekeeping issues, with a special interest in the Middle East and religious persecution and discrimination in the area.  She also served in elections observation missions in Bosnia and Herzegovina, Georgia, Belarus, Burundi, and Senegal.
Her personal interests, outside of international relations and humanitarian aid, include spirituality, world religions, and art. She takes a special interest in refugees escaping their countries due to religious persecution and is co-founder and President of ORLIR, the International Observatory of Religious Liberty of Refugees. She is the author, inter alia, of “Religious Persecution, Refugees, and Right of Asylum,” The Journal of CESNUR, 2(1), 2018, 78–99.
Languages (fluent): Lithuanian, English, French, Russian. 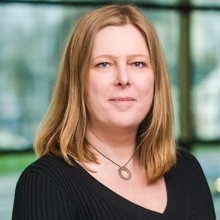 Arune Kontautaite is a communications consultant specializing in human rights and social issues, with nearly thirty years of experience working for public, private, and not-for-profit organizations. From 1990 to 1998, she served in public affairs and foreign relations divisions in the Parliament of Lithuania. She later worked for private communications companies, from 2004 to 2014 as an Account Director and consultant for Publicum, the largest public relations company in Lithuania. In 2015 – 2017, she was in charge of the Campaigns and Communications Team at the Eurasian Harm Reduction Network.