The entire region is under tight Chinese government surveillance – and the CCP’s control continues to spread outward. 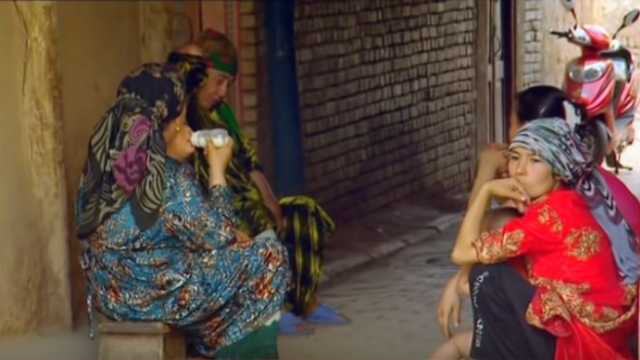 If you’re curious what it’s like to be a prisoner in your own land, take a look at the Uyghurs, a Muslim minority living in China’s far western autonomous Xinjiang region. There, you’ll find, as the US State Department reported, at least 800,000 people, possibly up to two million, detained in transformation through education camps.

Xinjiang is tightly controlled by the Chinese Communist Party (CCP), which is continuing to tighten its grip on Uyghur’s outside the region.

Liu Lan, an ethnic Uyghur from Xinjiang who resides in the eastern coastal province of Shandong, has been placed under surveillance specifically because of her religion. Since 2017, she has been subjected to frequent phone calls or unannounced drop-ins by personnel from the sub-district office in her neighborhood to question her about her whereabouts and goings-on. And more: The officials required her to check in every week.

She’s not even free to move about the country without permission: To leave the city, she must apply for and obtain, government approval. Sub-district officials said the extra surveillance on Uyghurs comes from higher authorities.

In 2018, during the Shanghai Cooperation Organization Summit in Qingdao, in eastern Shandong Province, the police went to Liu Lan’s home to register her personal information and prohibit her from leaving the area. In late December, Liu Lan wanted to go back to her husband’s hometown but was ordered to register with the sub-district office, where she was required to fill out a total of 12 forms.

“She has filled out her ID information more than 100 times. Every time she goes to register, her fingerprints are taken. She has to write a ‘statement of guarantee,’ have her face scanned to be uploaded on the facial recognition system and have her mobile phone information checked,” Liu Lan’s husband said. “In China, asking for human rights is asking for too much.”

Uyghurs from Xinjiang who live elsewhere are not only under the control of the local government, but they’re also forced to return to their hometown every six months for a more thorough investigation, namely whether they’ve participated in religious activities, committed any illegal acts, etc. If they pass, they’re free to go. If they don’t, they’ll be held indefinitely and their ID confiscated.

Tajigul, a woman from Xinjiang who has been doing business in Changzhi city, in northern Shanxi Province, for nearly 20 years, knows this well. Since she wore a burka – a typical religious attire worn by Muslim women – and was recorded by surveillance cameras doing so, police thought Tajigul was under the influence of a strong religious ideology and, in August 2018, was sent back to Xinjiang to undergo an investigation.

“Choosing what clothes to wear is a matter of personal freedom, but for us, people from Xinjiang, everything is restricted,” one Uyghur said. “Even if we’re far from Xinjiang, as soon as the authorities discover any signs of involvement in religious activities, it will bring disaster for us.”

Tajigul’s relatives in north Shanxi Province even went to a local government department to have a certificate issued showing that Tajigul has no criminal history, and provided it to the police in Xinjiang. Tajigul has still not returned to Shanxi.

Sources say that special groups have been established in Shanxi’s Changzhi, Linfen, and other cities to supervise Uyghurs from Xinjiang. The police come to the homes of Uyghurs to check on them twice per week and use a dense network of surveillance cameras to monitor whether they are participating in any religious activities.

(All names used in the article are pseudonyms)