Hailed for their loyalty to the CCP for years, the “good Muslims” are losing their preferential status and become victims of persecutions just because of ethnicity and faith. 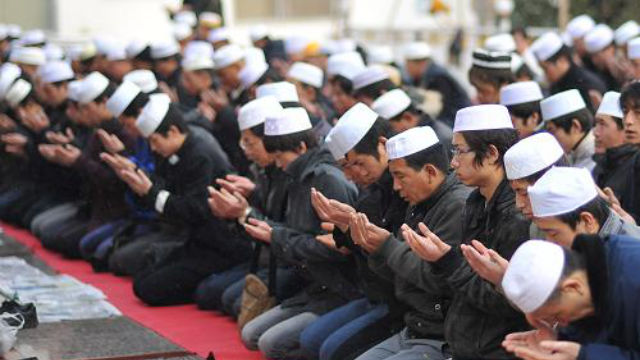 The Communist government has long treated China’s two largest Muslim groups differently. The Uyghurs, who primarily live in Xinjiang, were presented as “bad” Muslims, separatist and inclined to terrorism, while the Hui, scattered all over the country, but predominantly in its northwestern part, were hailed as the “good” Muslims, integrated into the official system. Because of that, Hui Muslims have been long spared the kind of persecution that Uyghurs in Xinjiang are subjected to. But the situation has changed dramatically, as the CCP is tightening its control over Islam as the whole. And with the newly adopted legislation, promising to “sinicize” all Muslims outside Xinjiang in five years, Hui Muslims also started feeling the heavy hand of CCP’s persecution.

More than 40 Muslims from one village arrested

Most of the residents in a village under the jurisdiction of Jiaozuo city in the central province of Henan are Hui Muslims. These hard-working people enjoyed a life of peace and prosperity; they used to go to a local mosque for prayers every day. However, their pleasant but straightforward life was suddenly upended in July 2018, as the authorities started arresting men in the village.

The arrests, more than 40 by now, have created an atmosphere of amplified tension and insecurity in the village.

According to one of the residents, the majority of the arrested Huis acquired criminal records for minor misdemeanors, like getting into fights, more than a decade ago, and their cases have been closed for years. Locals believe that by re-arresting Huis now for various unreasonable pretexts, like “picking quarrels and provoking trouble,” the authorities are “settling old scores” for letting them off the hook earlier as the “good” Muslims.

Last October, the police detained a Hui man for “gathering crowds to engage in a brawl.” According to locals, the man has always been sincere and well-behaved, so the news about his arrest was unfathomable for the village residents. His detention more than ten years ago for taking part in a fight was a mistake since he was not involved in it, the villagers said. So, the new arrest, after all this time, is simply wrong.

Another Hui resident has a criminal record from getting into a fight 17 years ago. The case has since been closed, and the plaintiff is no longer pursuing the matter – he even wrote a “letter of understanding and forgiveness.”

“There is nothing we can do. Because of these arrests, we’ve all been scared out of our wits,” a Hui resident said guardedly.

The arrests in the village are still ongoing. “We live in constant fear every day. We don’t dare to speak freely. The tactics that the government uses to oppress the Hui people are so despicable!” commented another resident.

Muslims accused of “disturbing others” during Ramadan

The most important aspect of Islamic culture for devout Muslims is the holy month of Ramadan. However, just like in Xinjiang, the Ramadan activities for Hui Muslims in other provinces have now also been restricted or prohibited.

A Muslim in the northern province of Shanxi revealed to Bitter Winter that he and some Muslim colleagues at work agreed to go together to their local mosque on the first night of Ramadan this year. Having learned about their plans, officials from the Religious Affairs Bureau prohibited them, saying that worshiping in mosques “disturbs other people.”

Hoping to avoid further persecutions, the men made plans to rent a room in a local hotel for worshiping. On the evening of May 5, the start of Ramadan this year, as he was about to go to the hotel, the man received a phone call from an official from the local Religious Affairs Bureau. “Going to a hotel to hold a gathering constitutes ‘privately setting up a meeting place.’ The state doesn’t allow that,” the official warned. “If you’re adamant about taking the lead in this matter, we’ll detain you for one or two months.”

Despite the threats, the Muslim man replied that regardless of the government’s attempts to control them, not worshipping on Ramadan is not an option to devout Muslims. He told his colleagues to proceed with the plan but with more caution. That evening, he and more than 30 other Muslims quietly entered the hotel in small groups of two or three people, with their prayer caps removed.

Over the next few days afterward, threats from officials continued. The director of the local Religious Affairs Bureau repeated that according to national policies, whoever takes the lead in religious activities, must be arrested. “People in Xinjiang are locked up in transformation through education camps due to their faith, and now, no one even knows where they are. If you’re disobedient, you will suffer the same consequences as they did,” the official didn’t hold back.

“We’re facing an unprecedented crisis of faith,” the Muslim man commented on the increasing suppression by the government.