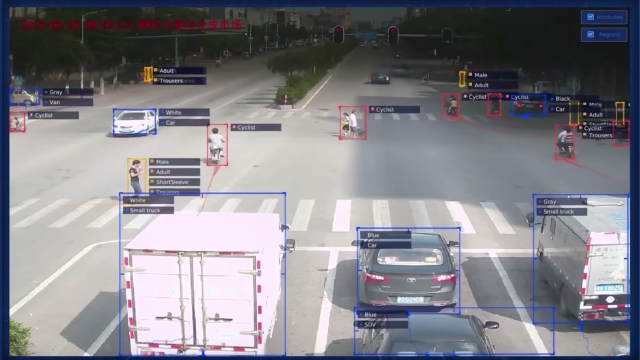 Skynet, Sharp Eyes, Operation Knocking on Doors, Web-Cleaning Soldier; these are just some of the terms used by China’s state security to describe the draconian surveillance systems deployed to identify, monitor, track, and persecute scores of millions of Chinese citizens, especially ethnic minorities and religious groups.

“[China has] adopted the most pervasive surveillance system in the world, and it not only uses new tech to surveil but to link people to their police record, their social information, their name, and their identity number,” said James Andrew Lewis, a technology expert at the Center for Strategic and International Studies (CSIS). “It’s the combination of big data, facial recognition, and pervasive surveillance that’s made it the most intrusive thing that anyone has ever seen.”

This surveillance system is composed primarily of three tracks: 1) Massive, unprecedented collection of personal data, 2) near total surveillance via technical and human means, and 3) data analysis and management via advanced AI and military-style coordination operations. The final goal is a sophisticated national database allowing security forces to track, analyze and control every individual in China in real, or near real time.

While many aspects of these surveillance systems are being employed throughout China, Xinjiang Autonomous Region in China’s northwest, home of most of the country’s Uyghur Muslim population, has been serving as the testing ground or laboratory for some of the most intrusive and repressive techniques. In 2017 President Xi Jinping declared he was creating a “wall of steel” around the region. Once proven in Xinjiang, these surveillance systems are often rolled out to other regions of China.

Fergus Ryan, an analyst and China expert at the Australian Strategic Policy Institute (ASPI), said that the technology has been deployed as “part of Beijing’s repression of the Uyghurs, Kazakhs, and other ethnic minorities” and that Xinjiang was “a major testing ground for these types of surveillance technologies”.

China has become the nefarious global leader in collecting extremely sensitive and personal data from its citizens. According to Human Rights Watch, Chinese authorities in Xinjiang are collecting a full range of biometrics including DNA samples, fingerprints, iris scans, and blood types of all residents in the region between the ages of 12 and 65 in order to build a region-wide biometric database.

This data collection is done primarily via a specially designed mobile app while DNA and blood types are being collected through a free annual physical exams program called “Physicals for All.” In 2016, Xinjiang police bureaus also began collecting residents’ voice samples for a national voice database that could be used, for example, to identify any voice during recorded phone conversations.

For people designated as “focus personnel” or “key individuals,” full biometrics samples must be taken regardless of age. These “important persons to be controlled” are those people the Chinese authorities consider threatening to regime stability – and their families — to have usually members of ethnic minorities such as Uyghurs, and “illegal” religious groups.

According to Human Rights Watch, this biometric collection scheme is detailed in an official document called “The [Xinjiang Uyghur Autonomous] Region Working Guidelines on the Accurate Registration and Verification of Population” (“The Population Registration Program”).

The operation collects information on the activities of religious groups listed as xie jiao and conducts networked surveillance of each believer. Data is stored in dedicated computers of the Domestic Security Protection Bureau. Investigators also search for evidence that individuals are promoting religion. If found, further investigation is pursued. These investigations then lead to comprehensive, non-stop surveillance of the individuals through projects “Sharp Eyes” and “Skynet,” as well as other electronic monitoring systems.

As noted by the Los Angeles Times, China has installed 176 million public and private surveillance cameras for its 1.4 billion people, including some on every block in its capital, Beijing. However, China plans to have as many as 626 million cameras installed nationwide by 2020. As more CCTV cameras are installed in rural areas and they increasingly incorporate advanced facial and the latest “gait” (walking styles) recognition, China is will soon become the world’s most monitored society.

According to a Radio Free Asia report, the company behind the Sharp Eyes claims to have developed the platform systems using home televisions and smartphones to push video surveillance into people’s homes. Beginning in 2016, Xinjiang police also started using hand-held or desktop scanning devices that can break into smartphones and extract and analyze all information contained on it. These surveillance technologies are now quietly spreading across China. Reuters reported that this technology is now encroaching into cities like Shanghai and Beijing.

Residents in Xinjiang are also required to install GPS tracking devices in their vehicles, and those who refuse are not allowed to buy fuel for their vehicles. Local authorities have even set up facial recognition systems that would alert them when targeted individuals moved more than 1,000 feet beyond their home or workplace.

Additionally, since 2017 Xinjiang residents are being required to install an app called Jingwangweishi, “Web Cleaning Soldier” to help authorities monitor cell phones. All Chinese residents are also increasingly being surveilled by the state via a backdoor in the vastly popular social media app WeChat.

With data collected on a person’s every aspect and movement, artificial intelligence is needed to process the vast volume of information for hundreds of millions of Chinese. AI “can trace patterns, map relationships, and note deviations. For house church leaders, this makes it difficult to organize, secretly hold services, or inform outsiders when persecution occurs,” according to Dean Cheng, an expert on China at the Heritage Foundation.

To manage and analyze the massive amounts of information from so many sources, Chinese authorities are implementing a military-style “Integrated Joint Operations Platform” to aggregate data about people that “detects deviations from what authorities deem ‘normal,” reports Human Rights Watch. The program generates lists of subjects for police to round up and question; many are detained and then sent to transformation through education camps.

Integrated joint operations is a new People’s Liberation Army (PLA) doctrine that depends on a hi-tech C4ISR (command, control, communications, computers, intelligence, surveillance, and reconnaissance) “system of systems.” China’s application of this military doctrine, and technology to civilian policing demonstrates the extent to which policing in Xinjiang is being militarized.

Ultimately all this surveillance and data collection is designed for one purpose. While Chinese authorities claim the unprecedented surveillance, tracking and monitoring is used to prevent crime, improve health or other benign purposes, it’s overarching goal is to control and repress the people, especially the Uyghurs and religious groups.

This was shockingly highlighted recently when a Dutch cyber expert discovered a massive unsecured Chinese online database that showed China is using what is being called a “Muslim Tracker” to closely monitor over 2.5 million people, primarily Uyghurs in Xinjiang Region. Australia’s ABC News reported that Victor Gevers, a researcher with GDI.foundation, found names, identification card numbers, birth dates, employers and locations on an unprotected database run by SenseNets, a Chinese company contracted by the Chinese police.

Reports showed that the database included details of 2,565,724 people, and 6.7 million geographical coordinates showing the locations of each of these citizens over the last 24 hours. According to Gevers, the data was tagged with descriptions such as mosque, hotel, internet cafe, restaurant, police station, and other places where surveillance cameras were often found. Locations were apparently recorded as individuals passed cameras in fixed positions that provide a video feed for facial recognition.

“This insecure face recognition/personal verification solution is built and operated for only one goal,” he wrote on Twitter: “It’s a ‘Muslim tracker’ funded by Chinese authorities in the province of Xinjiang to keep track of Uyghur Muslims.” By 2020 China plans to use these comprehensive surveillance systems to track all Chinese. However, the Chinese may not limit their monitoring of people to China. As reported by Bitter Winter, the recent arrest in Vancouver, Canada of Meng Wanzhou, deputy chairwoman of the board and chief financial officer of China’s largest private company, Huawei Technologies Co. Ltd has heightened concerns that China intends to spread its surveillance techniques globally, well beyond China through companies like Huawei; even potentially hijacking the next generation worldwide 5G network for these purposes.

To make the Orwellian picture complete in China, western technological giants such as Apple are complicit with China in its repression by censoring human rights and religious liberty websites and apps. Also, in January 2019 the Chinese Communist Party (CCP) launched a new app available for both Apple and Android platforms, “Xi Study (Xue Xi) Strong Nation”, available from the website xuexi.cn. This app, provided by the Propaganda and Public Opinion Research Center of the Central Propaganda Department of the CCP, is mandatory for all CCP cadres and members.

As noted in Bitter Winter, the app’s name includes a word game in Chinese. “Xi” is the President’s last name but is also the second character in the Chinese word xuexi, which means “to study.” The implication is that the study of the President’s word is the most important study of them all. Apple, which censors other apps, quickly obliged the CCP, as did other platforms; and the “Xi Study” app is now up and running at full speed.

In China, “Orwellian dystopia” may be too tame a term to describe it’s ever-expanding digital despotism.

Correction (March 22, 2019): The name of the company that developed the Sharp Eyes technology was misquoted in the original text. It is not Bell New Vision Co. but Guangdong-based Aebell Technology Corporation.