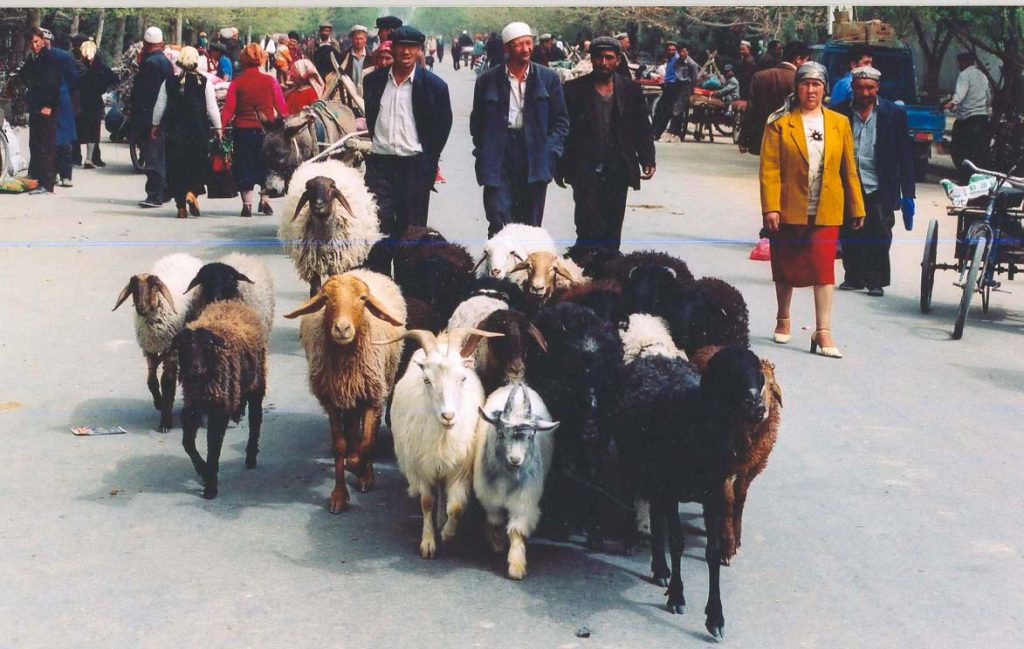 According to the South China Morning Post, city education officials ordered the Pingliang Arabic School in China’s northwestern province of Gansu to close by December 17th. Claims by the authorities that the school does not have operating permits appear dubious since the school has been in business since 1984.

The closure of the 34-year-old Arabic language school, a charity institution catering to underprivileged students, seems to indicate that some of the draconian anti-Muslim security measures adopted in the heavily Muslim Xinjiang Autonomous Region of western China are now being applied to other Muslim-populated border areas of the country.

In its attempts to control possible ethnic unrest, separatism and “terrorism” along China’s borders, Beijing has placed increasing numbers of people under stricter surveillance and increased repression. The most notorious security measures have been implemented in Xinjiang.

Since taking office in August 2016, Xinjiang’s new party secretary, Chen Quanguo, has overseen an expansive overhaul of the already repressive surveillance apparatus in the region. “Measures of control have resulted in a feeling that southern Xinjiang has become an open-air prison,” Darren Byler, an anthropologist at the University of Washington who has done extensive fieldwork in the region, was quoted as saying in the Financial Times.

The situation has only worsened since then. In 2017 authorities in some parts of Xinjiang region prohibited parents from giving newborns Islamic names, including Mohammed. Muslim Uyghur students from China studying in Muslim countries have been recalled to China and detained on arrival. Most Uyghurs had their passports confiscated last year, preventing them from leaving China. Even travel within China by Uyghurs has become strictly controlled as well.

According to the Financial Times, the expansive new security measures in Xinjiang region includes a network of 7,300 police outposts and monitoring stations (only 500 meters apart in urban areas) to allow security forces to react within seconds. These outposts reportedly play cheerful tunes on loudspeakers while armed guards stand outside.

Increased police presence is not the only tool being employed by Chinese authorities, technology also plays an increasingly critical role in China’s repressive apparatus. The Financial Times reported that since 2017, Xinjiang residents had been required by local authorities to download a mobile app named Jingwangweishi, or “web cleaning soldier,” which promised to “clear the trash off your phone.”

However, Avram Meitner, an independent security researcher, found the software scans phones for digital fingerprints of files considered illicit by the government, informing authorities when it identifies them. The app has achieved its purpose by creating widespread paranoia and self-censorship among residents.

A far more sinister policy employed by the Chinese government involves the mass internment of about 1 million Uyghurs, Kazakhs and other minorities arbitrarily detained in “transformation through education camps” in Xinjiang, according to estimates by a UN panel. The Associated Press reports that former detainees say they were forced to disavow their Islamic beliefs in the camps, while children of detainees are being placed in dozens of orphanages across the region.

In October of this year, China tried to defend its extrajudicial detention of Central Asian Muslim minorities against mounting criticism by issuing a report that characterized its mass internment of Muslims as a push to bring a “destitute people, who are easily led astray, into the modern civilized” world. The report in the official Xinhua News Agency indicated that key to the Communist Party’s vision in Xinjiang is the assimilation of the indigenous Central Asian ethnic minorities into Han Chinese society.

Xinjiang Governor Shohrat Zakir, himself an ethnic Uyghur, said the authorities were providing people with lessons on Mandarin, Chinese history and laws. Such training would steer them away from extremism and onto the path toward a “modern life” in which they would feel “confident about the future,” he said.

However, Amnesty International called the Xinhua report an insult to detainees and the families of people who have gone missing in the crackdown. “No amount of spin can hide the fact that the Chinese authorities are undertaking a campaign of systematic repression,” the human rights group said. The Independent quoted Amnesty International as stating that the reality is that these mass ”transformation through education camps” used to hold Uyghur and other Muslim minorities in China are being run like “wartime concentration camps.”

The fear is that these camps and other repressive policies are now expanding to other regions of China.