Preparing for the President’s visit to Shandong’s Qingdao city to attend Navy Day celebrations, authorities are increasing security in the name of “maintaining stability.” 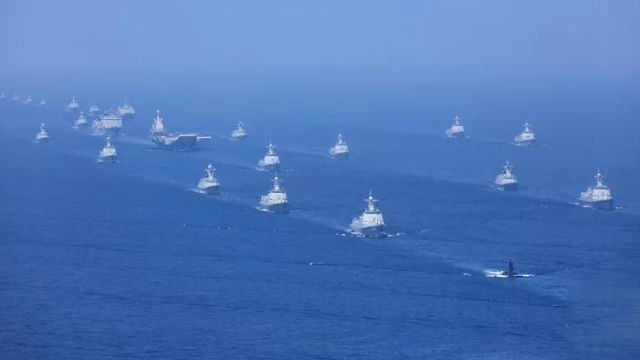 According to mainland China’s media reports, on April 23, authorities will hold celebrations for the Chinese Navy Day in Qingdao city of eastern China’s Shandong Province, and representatives from many countries are expected to attend. As with any other major event organized by the CCP, “maintaining stability” becomes an important political task. This time, Qingdao authorities are no exception: for the sake of preventing any supposed security incidents, they are forcing Uyghurs working in Qingdao to go back to Xinjiang.

In February this year, the manager of a company in Qingdao received multiple notices from the police, demanding him to send more than 50 Uyghur workers at his factory back to Xinjiang. The reason cited by the police was that people from Xinjiang “like to make trouble.”

The manager was unwilling to dismiss these workers since this would result in financial losses. To put pressure on him, the police teamed up with the local Bureau of Work Safety, the Fire Prevention Bureau, and other departments and demanded that the company installed explosion-proof equipment, barbed wire, and other security gear, which cost more than 40,000 RMB (about $6,000).

Repeatedly pressured by the police, the company was forced to send Uyghur workers to Xinjiang. But this was not enough – the Qingdao police demanded that the workers send them copies of their train tickets, ID cards, and photos taken at the police station in Xinjiang after their return home.

An employee at the company said that the workers from Xinjiang are all very good people; not only do they work hard, but they also get along well with their superiors and co-workers. 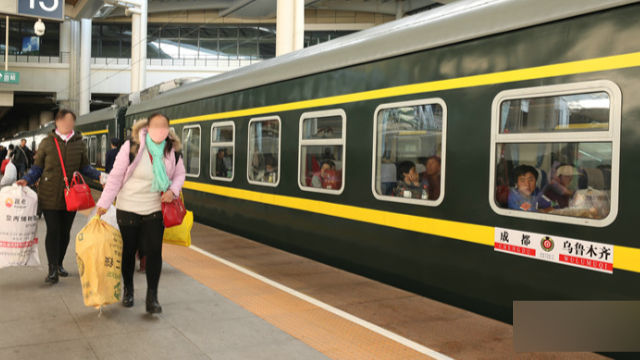 The manager of another company in Qingdao that hired more than a dozen Uyghur workers received a notice from the police in March, demanding to send the workers back to Xinjiang before the Navy Day. “After the Xinjiang workers left, no one did any work anymore, and the factory suffered a loss,” the manager said. “In fact, they [Uyghurs] have worked here for many years and have never caused any trouble, but the state has the policy to kick them out. We don’t dare to keep them.”

This is not the first time workers from Xinjiang have been sent home. An Uyghur worker preparing to return to Xinjiang said, “We were sent back last year during the Shanghai Cooperation Organization Summit in Qingdao. Later, only half of the people returned here. This time, those who return to Xinjiang might be unable to come back.” The workers also had to pay all their roundtrip travel expenses out of their own pockets.

Bitter Winter previously reported that after some Xinjiang Uyghurs working in other regions returned to Xinjiang, they were locked up in transformation through education camps immediately.

Some Uyghur workers who haven’t been sent back to Xinjiang are also facing a hard time. The manager of one company told Bitter Winter that the government had demanded to designate a person to be in charge of workers from Xinjiang.

The scopes of their daily lives are strictly limited. They are only allowed to engage in activities at the factory, and cannot go out without permission. The manager revealed that two workers from Xinjiang privately went to go shopping at the mall and were detained by the police. Afterward, the manager came in person to bail them out, and only then were they allowed to return to the company.

An Uyghur worker said that the Uyghurs here could not change their jobs as they please. If they want to do so, they must obtain a certificate from their original employer. Only after the new employer reports to the local police station can they be hired.

According to local people, workers from Xinjiang have always been subjected to surveillance by the Qingdao authorities. A business executive revealed that since March of last year, under the monitoring of supervisory personnel, the company’s Uyghur workers are not only prohibited from praying, but must spend 40 minutes every evening studying the Chinese language and the CCP’s policies. Every Monday morning, they must face the national flag and swear allegiance to the Communist Party. They are also required to make a video recording of this and send it to the police station. Ordinarily, they are only allowed to watch official TV channels. If anyone fails to “obey and study well,” supervisory personnel will report them to the Xinjiang government, and their family members there may be arrested and imprisoned.