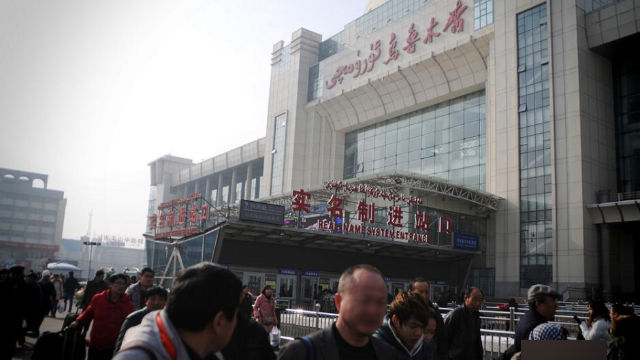 Xinjiang residents set out to see the world, or to get good jobs across China. But they were ordered to return home to be detained and “transformed.”

The Chinese Communist Party (CCP) authorities are reportedly ordering people born in Xinjiang – but working in other provinces – to return to their hometowns. Once home, these mostly Muslim citizens are detained and subjected to a program of re-education. These returning detainees are in addition to the estimated one million Muslim Uyghurs already imprisoned in the far-western region of Xinjiang.

Bitter Winter has reported previously that Xinjiang authorities instituted a policy in 2017 requiring all Muslims who believe in Islam, or those who have traveled abroad, to be investigated by authorities. In addition, Muslims doing business away from home were summoned to return. Those who complied were locked up in so-called transformation through education camps.

It now appears that this policy of mandatory return is being implemented more widely. A source reports to Bitter Winter that many people from Xinjiang who work in Shanxi province have been summoned recently by police to return. Upon their return, they are confined to transformation through education camps. The detainees include Uyghurs as well as members of other minority ethnic groups.

The case of Jiang Min (a pseudonym) is typical. Born in Xinjiang, she was working in a city in northern Shanxi province. According to our source, Jiang Min was ordered at the beginning of 2018 by Xinjiang police to return to her registered place of residence as soon as possible. If she refused, she would be arrested and returned by force. With no alternative, Jiang Min dropped her business and hurried back to Xinjiang. Upon her arrival, she was detained and sent to a re-education camp.

Inside the camp, Jiang Min’s cell phone was confiscated. The authorities subjected her to an ideological “reformation,” forcing her to study Mandarin daily, and to learn various laws and regulations. Eventually, her family managed to get her released on bail after being detained for about six months. Though she is now free, Xinjiang police still keep her under strict surveillance, and she is required to call the police each week to report on her situation.

Others in Shanxi face a similar situation. Five or six employees who were originally from Xinjiang all worked at the same shop. Each was summoned individually to Xinjiang to undergo “transformation through education.” Our source reported that one person refused to return. As a result, that person was arrested by the police in Shanxi, taken back to Xinjiang, and remains in custody to this day.

More than 200 people from Xinjiang were working in this city in Shanxi. Very few remain. Almost all have been summoned back to Xinjiang.

An anonymous local resident of the Han ethnicity defended the workers. He said that these people make a good living. They have valuable skills and respectable jobs. They have no need to receive any “re-education.”

Reports from other provinces of Muslim workers being ordered back to Xinjiang continue. Several people in Beijing’s Tongzhou district who bake and sell naan bread for a living were taken into custody by local police. They have been sent back to Xinjiang and detained in transformation through education camps.

Life is difficult for Uyghurs and other Muslims who choose to make a life outside of Xinjiang, just as it is for those who decide to stay home. Security personnel sometimes even prohibit landlords from renting their apartments to people from Xinjiang. One Muslim who has not been summoned home yet told the reporter in anguish: “We make no trouble. We just want to live a peaceful life.”