CCP is surveilling and arresting foreign missionaries across China as part of a nationwide campaign, forcing believers to meet in hiding and conceal their faith. 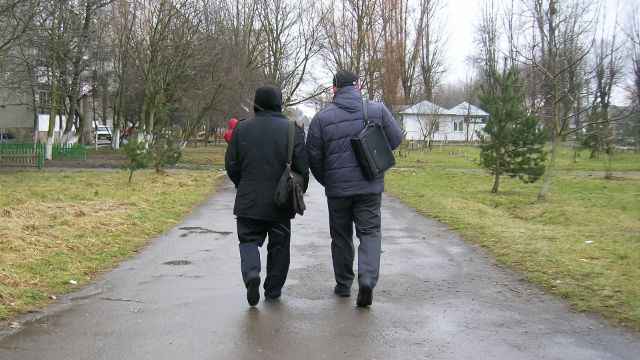 Based on the nationwide Work Plan of the Special Operation to Investigate and Deal with Overseas Christian Infiltration According to Law, issued last year by the United Front Work Department and the Ministry of Public Security, authorities throughout China have been suppressing religious movements and groups from abroad. South Korean Christian believers are the primary target of these crackdowns, but other groups are also explicitly listed in the document: Young Disciples of Jesus, Jehovah’s Witnesses, Cru (known as Campus Crusade for Christ until 2011), Evangelical Lutheran Church, Bo’ai Church, Loving Heart Church (사랑 교회), and Canaan Church (가나안 교회).

Jehovah’s Witnesses have been suffering a great deal since the special operation was launched. They are frequently arrested and deported; those that remain in China have been forced to hide their faith.

Missionaries arrested after a long surveillance

In mid-May, after returning to Japan to obtain visas, two Japanese Jehovah’s Witnesses missionaries came back to Harbin city in the northeastern province of Heilongjiang. The next day, the police arrested the two women as soon as they left their residence.

The police told the missionaries that they had been surveilling them for a long time. The officers then gave the women to sign statements of guarantee, promising not to return to China for preaching. The two missionaries refused to sign it because the text contained a sentence “I regret coming to China to preach,” and the believers came to China willingly and never regretted their decision.

The missionaries’ fellow believer who requested anonymity revealed that after the interrogation that lasted for over ten hours, one of the women was taken to the airport and deported to Japan; she wasn’t even allowed to pack up her daily necessities. The other missionary was also released but deported only three days later.

“The police kept watching the missionary for three days. Had she been in contact with other foreign missionaries, they all would be arrested,” the believer explained the police’s reasoning behind letting one of the missionaries to stay three days longer. The CCP often employs this tactic of constant surveillance of one believer to lead to a larger group. He added that more than a dozen other Jehovah’s Witnesses were also arrested, including one elder.

“China is a one-party dictatorship. Foreigners aren’t allowed to come to China to preach. The CCP is afraid that foreign religious ideas will influence Chinese Christians,” said the believer. “The Communist Party is afraid that Jehovah’s Witnesses will pose a threat to its rule, so it stubbornly insists on saying that you’re holding ‘illegal gatherings.’”

According to insiders, the arrest of the two missionaries has been part of a unified arrest operation targeting foreign-related religious groups, implemented in other parts of China, as in the provinces of Guangdong and Hunan.

As the CCP continues to intensify its crackdown on foreign-related churches, foreign missionaries have adopted a variety of self-protection measures, like disguising their meeting venues or being extremely careful what they say and do or even how they dress in public.

According to a Jehovah’s Witnesses missionary from Japan who lives in the eastern province of Shandong, to evade the CCP’s persecution, since May, their church has been holding their gatherings in multiple small groups. One of their meeting venues is hidden in a residential building, disguised as a business operation. A surveillance camera has been installed at the entrance to see who is outside the door. This is a vital measure in case of a government inspection.

“It isn’t a good situation right now. The government is exerting tight pressure. There cannot be too many people at our gatherings; we have to split up into small groups,” the missionary said. “When holding gatherings, we prepare fruits, snacks, and all kinds of food in advance. If someone knocks on the door, we can’t open it right away. We must first put away our Bibles and other religious books, put out these foods, and then open the door. If someone asks, we will say that we’re just watching TV and chatting.”

She added that when believers come to attend gatherings, they should knock on the door a certain number of times as agreed upon in advance, and they cannot knock too loudly. Whether holding a gathering in the daytime or at night, they always draw the curtains and turn on the lights. They play music softly during gatherings, and believers can only hum along in a whisper. When meetings are over, believers leave separately, not in groups.

They always use code words when talking on the phone with each other. If believers arrange a gathering over the phone, they will say “Let’s go shopping together,” “Let’s go out to eat,” etc.

The woman said that it is also imperative to prevent CCP spies from infiltrating the church. When newcomers ask to attend gatherings at the church, they are not accepted immediately: The congregation must first observe a new person for about six months. Only after determining that the newcomer’s faith is real will they be brought to the church to participate in gatherings.