Believers from Shandong Province share their experience of how to avoid being identified as religious and evade persecution while practicing their faith. 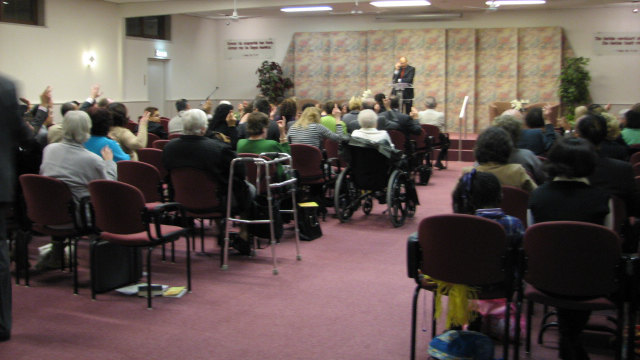 Jehovah’s Witnesses missionaries from abroad are considered “hostile forces” and are often deported, as part of China’s campaign to crack down on foreign religious infiltration.

To practice their faith in the hostile environment and evade persecution and arrests, Jehovah’s Witnesses across the country are forced to take various protective measures. Members of this religious organization from the eastern province of Shandong share their experience with Bitter Winter.

Be careful what you say or wear

“Being a person of faith is difficult in China. If the police discover that foreigners are religious, moreover, if they are preaching, even if they have a family and children in China, they will be deported and separated from their loved ones,” said a female Jehovah’s Witness believer from abroad who settled down in Shandong nine years ago.

To dodge the government’s scrutiny, the woman and her co-religionists hold gatherings in secret; they are cautious about the way they speak and behave. They must also be especially careful about how they dress. “At our gatherings, we dress in a modest, dignified way to express reverence for the Lord. Women generally wear long skirts,” she explained. “To escape CCP’s attention, we each place our skirt in a bag, and only change into it only at the meeting venue.”

The woman also revealed that because the CCP strictly controls the internet, believers cannot use any sensitive, faith-related words on WeChat or other messaging or social media platforms; members of the church communicate mostly directly. The woman said that she only contacts believers in the local area, not in other parts of the country, not to attract authorities’ attention and implicate fellow believers.

If believers are discovered, they will be investigated and harassed by the police. Meanwhile, some foreign missionaries have been deported to their home countries and now are enduring the pain of separation from their families.

Believers remain cautious also during meetings: They keep their voices very low when singing, so that they can only hear it themselves, and cover the windows with blackout curtains even in the daytime.

A Jehovah’s Witness preacher, a native Chinese, told Bitter Winter that to keep their gatherings concealed, the meeting venue that they rented is registered under a company name. Afraid of being identified as a religious gathering place, believers didn’t hire professionals to soundproof the walls of the venue, they did it themselves.

Because many religious meeting venues have been shut down after tip-offs to authorities, the preacher warned his congregation not to accept strangers into the church casually. Newcomers must be introduced by an acquaintance to prevent CCP spies from infiltrating the church.

“If you come on time to a gathering, the door will be unlocked, and you don’t need to knock. If you are late, the door will definitely be locked. Don’t knock on it or say anything, wait for a moment outside,” the preacher explained to the congregation the rules of arriving at meetings. “Pretend to be distributing flyers or be someone else to disguise your identity. Someone will come to open the door for you. Thanks to the surveillance equipment inside, we can see who is standing outside the door.”

In the meeting venue, shelves with books in Japanese, English, and other languages are displayed, pictures and photos are posted on the walls. This is also part of the disguise, explained the preacher, “If we encounter a raid, we would just say that we’re giving free drawing, art, language, or other classes to friends.”

After meetings are over, believers leave in small groups of no more than three at a time. They do not speak to each other, let alone discuss faith-related topics.

If missionaries from abroad meet church members outside the meeting venue, they pretend that they are not acquainted. This is done to protect the local believers from persecution and the missionaries from being deported; it is a necessary and inevitable precaution, the preacher explained to his congregation.