The suppression of religious and ethnic traditions is destroying the long-built relationship between Hui and Han Chinese. 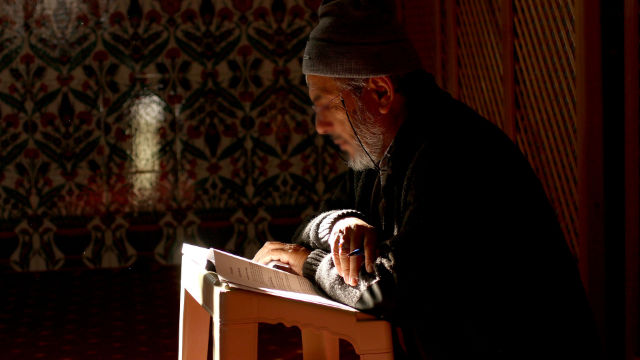 The imam from the north-central province of Gansu agreed to talk to Bitter Winter on the condition of anonymity. The mosque to which he belongs is government-licensed, and most of the worshipers going to the mosque are Hui Muslims. Since last year, the mosque was ordered to raise the national flag and display Party policy propaganda signs.

“With the current policies, the peaceful cohabitation between the Muslims and other residents of the country, built with great difficulty, disappeared overnight. That can never be repaired. This is the feeling in my heart,” said the imam with emotion, his eyes filling with tears.

“Actually, the government wants you to repeatedly state your allegiance and confirm your willingness to accept its leadership. There is no other choice if you are in China, that’s how it is,” said the imam.

The imam explained that mullahs, Muslims that are learned in Islamic theology and sacred law, are cultivated from childhood, allowing them to study the Arabic language and the Quran. “But from last year, the government started vigorously prohibiting language classes, not allowing people to study or write in Arabic,” he said.

“At first, believers were very opposed to the suspension of Arabic classes. They hoped their children could study the Quran and the Arabic language. I had to soothe their emotions at each worship service. Having learned that similar classes had been suspended across Gansu, in cities like Pingliang and Linxia, they accepted the reality. Everyone knows that the weak cannot beat the strong,” explained the imam. “Since the class was shut down, personnel from the subdistrict government office, police station, United Front Work Department, and Religious Affairs Bureau come twice a month for inspections.”

With tight restrictions on minors studying the Quran and the imposed strict control by the Religious Affairs Bureau, the number of mullahs has significantly decreased. Taking the example of his mosque, the imam said that they used to cultivate more than 60 mullahs, and now there are only seven or eight.

“Now, mullahs must complete nine years of compulsory national education before they are allowed to study the Quran. Starting in 2015, Gansu Religious Affairs Bureau issued a document, demanding that all mullahs study at the Lanzhou Islamism College. Even after they graduate, their qualification certificate must be reviewed once every five years. On top of being proficient in Quran, the government requires that mullahs clearly demonstrate their political stance and support the Communist Party; if someone expresses disagreement with government policies, the mullah must stand up at the critical time and stop the dissent.”

Muslims worry their faith will be completely outlawed

The imam said that since last year, the suppression in the Ningxia Hui Autonomous Region has been severe. “Domed roofs and crescent moon symbols have been removed from many mosques. The state has greatly hurt the feelings of the Muslim people. Now, the general feeling is that if this trend continues, the government won’t let us believe anymore, because China has a history of suppressing religious belief and closing down religious venues. The situation in Xinjiang is even more dire.”

The imam didn’t expand on the suppression of Muslims in Xinjiang since local police officers had warned him not to speak about it. “We are not interested in politics or political power at all; it is just about faith,” the imam emphasized.

A few years ago, the government ordered the imam’s mosque to relocate, but only provided a small relocation fee. Believers were dissatisfied, but they chose to self-finance the construction of a new mosque.

“Marxism regards religion as the dregs of society, and that religion doesn’t need to exist at all. According to communist theory, all religious belief must ultimately be eliminated. These are two sets of values. But the path that the government will ultimately take isn’t something that we, the common people, can predict clearly,” concluded the imam.