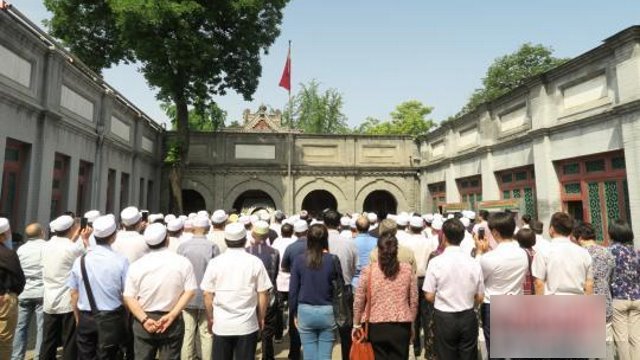 As the CCP intensifies it persecution of Muslims, we have uncovered several ways in which the authorities force Muslims to give up their religious belief.

Bitter Winter recently spoke to Li Ru (pseudonym), a Christian woman from Xinjiang. She lives in the city of Korla, where during Ramadan this year, authorities arranged for dedicated personnel to monitor the fasting status of Muslims.

Ramadan is a month-long holy period of fasting for Muslim. It is also a period of resting, and in other countries, adherents do not work full time during Ramadan. In China, however, the authorities made sure Muslims could not practice the festival in the traditional manner by providing food during noon and monitoring that everyone ate it. Whoever didn’t eat was reported to the authorities and taken to a “transformation through education” camp for indulging in “fasting behavior.”

Recently, Xinjiang authorities instituted the “ten household joint defense program,” under which groups of ten keep a check on their Muslim neighbors for religious belief practice. Bitter Winter reported how the program is a strain on Han Chinese residents and business owners as well.

Flag raising ceremonies are another way in which authorities target Muslims. Ms. Li says, “In every community in our county, there is a square dedicated to raising the national flag. The government requires that people attend the flag-raising ceremony and sing the national anthem every Monday morning.” In case of Muslims, they are required to not only attend but also sign in their presence into a register. It the end, they must ask for permission from their community for leaving.

If anyone is found missing these ceremonies, authorities dispatch ‘working groups’ to their homes to interrogate and rebuke them for their absenteeism. If they still don’t attend the flag raisings, their pensions are suspended. Other serious offenders are arrested. Only those with a “major disease” medical certificate are spared.

Ms. Li also recounts several examples in which Muslims were targeted especially if one of their family members was an Imam.

In one instance, an Uyghur man, whose father passed away when he was three-years-old, was put in a “transformation through education” camp because his father was an Imam. In another case, an Uyghur woman and her mother were taken away to a camp because her father, who had fled the country, was an Imam. That left the woman’s grandmother and her four-year-old brother at home alone.

Bitter Winter has reported about how authorities are assigning each ethnic and religious household a Party cadre, who comes in and lives with them under the guise of creating “one big family of all ethnic groups” in China. It is, in reality, a real-time surveillance program. Ms. Li says, “Every day, Muslims are photographed, no matter whether they are cooking, eating or sleeping; it is indoctrination and surveillance. In particular, every day, when Uyghurs and Huis are reciting scripture, government personnel go around door to door to restrict them from reciting scriptures.”

To restrict movement of Chinese Muslims, the authorities have also set up checkpoints at the entrance and exit points of various counties in Xinjiang. These include the Hoxud county, Hejing county, Yanqi county, and Bohu county.

Anyone who wants to pass through one area to other has to swipe an ID card. The police also scan through his or her cellphone for religious content. Facial recognition systems too have been installed to facilitate the monitoring process.