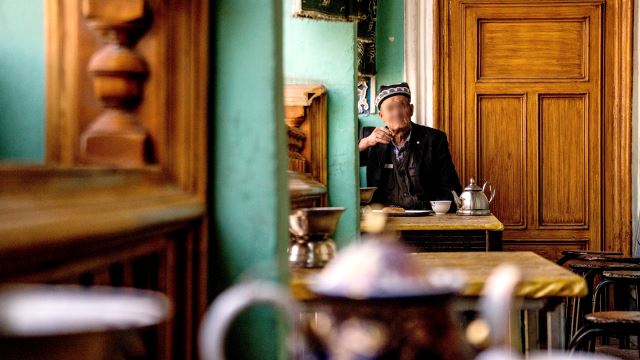 In an exclusive interview, a teacher in Xinjiang talks about life as a government cadre in the “home-stay” program.

As Bitter Winter reported earlier, a massive “home-stay” program is being implemented in Xinjiang since the beginning of this year, with over one million Communist cadres sent to live in the homes of Uyghur families both to keep them under watch and report on them.

In late April, the Chinese Communist Party launched a new program, translated as “two full coverages,” in Xinjiang. This involves surveillance of not only ordinary civilians but also CCP’s cadres and workers. The object of this program is to “strengthen emotional bonds among the masses and enhance ethnic groups’ sense of well-being and security.”

Except, in real life, it is not as pleasant as it sounds. A teacher from Xinjiang’s Tacheng Prefecture, Ms. Li, spoke to Bitter Winter about her experiences as a government cadre.

Ms. Li: Before this year’s Spring Festival, we received an urgent notice from the government. It required that cadres and employees from all enterprises and institution move in with the families of farmers and herders to carry out the “two full coverages” program.

Bitter Winter: What does the work involve?

Ms. Li: On the surface, the government calls this a “Four Togethers and Three Sends” policy. This means we eat, live, work, and study together while we send policy, law, and warmth. However, this is really about carrying out in-depth surveillance of the family with which we move in. They want to know if anyone in the family holds a foreign passport, their ideological position, their opposition or support of CCP if they have ever been detained for any reason and so on. All information collected must be passed on immediately, and the report must have at least 1500 Chinese characters. At the same time, we are also required to carry out CCP propaganda. Moreover, Han teachers are often placed with ethnic households where they face considerable language barriers. But the government is least bothered about the logistical difficulties in such cases and demands we do what is required.

Bitter Winter: What does the CCP do with the reports filed by cadres?

Ms. Li: The government makes judgments based on the information. Households are grouped into categories such as “dangerous households,” “focal households,” “households of concern,” “general households,” and “assured households.” For the first three, there is a deeper emphasis on investigation and surveillance.

Bitter Winter: How does the government supervise your work?

Ms. Li: The government sends in inquiry groups to conduct reviews about cadres at the homes where they are supposed to stay. The families are asked about how the cadres have been doing their work and their general behavior while at home. At times, these groups will pay late-night visits to check if we are living with the family or not. The CCP cross checks various little details like the time at which we ate our food or what we ate, both with the family and us. We are also being monitored through our cell phones.

Bitter Winter: Tell us more about the difficulties you face in doing the work.

Ms. Li: Well, firstly, we have our own families to look after, which is something the CCP does not seem to care about. Secondly, it is difficult to move into a stranger’s home and investigate them so deeply. But the government against leaves us with no choice and we have to do this out of fear of being demoted or fired from our jobs. Schools are no longer a place of learning either. Every day, we have to carry out meetings and various activities to “forge familial ties.” Sometimes, we even need to go on duty to “maintain social stability” and provide “psychological counseling” and re-education to the children of political detainees. Everyone lives under tremendous pressure and stress. We can’t afford to make the smallest mistake because the risk of being detained is always present.

According to Ms. Li, a few weeks before the implementation of this program, an emergency meeting had been convened in Tacheng to discuss communications of cadres and civilians with outside sources. People were being asked if their beliefs were suppressed, their support of CCP and more such sensitive topics. This put the authorities in overdrive, and stern warnings were issued against such communications whether by phone, email or an app. Anyone found ignoring the warning risks political detention and severe legal punishment.