Police in China terrorize the religious into becoming agents to collect information about people who escaped religious persecution to foreign countries. 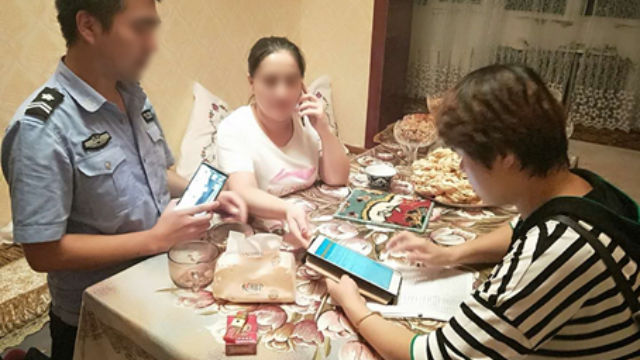 In its crackdown campaigns against people of faith, the CCP doesn’t shy away from torture, threats, and bribes in trying to persuade believers who had been taken into custody to act as informers at their churches to obtain information that could be used to suppress religious groups and movements. The same methods are used to crack down on communities of believers that have managed to escape abroad.

A middle-aged member of The Church of Almighty God (CAG) recounted to Bitter Winter how authorities attempted to coerce her to spy against fellow churchgoers as an undercover agent to gather intelligence about the CAG abroad. She asked not to use her real name in fear of retaliation by the authorities, so a pseudonym of Han Li is used.

Han Li remembered how some time ago, on her way home in the evening, two plainclothes police officers grabbed her and forced her into a car with no license plate. She tried to struggle with the two men but to no avail. Han Li was taken to a hotel – a customary place for law enforcement officers to take detained people of faith for “transformation” through ideological indoctrination, interrogation, and torture.

“Do you want to travel abroad?” the officers asked the frightened woman. “You’ve applied for a passport before, right? We can help you to leave China, but on the condition that you provide us with information about The Church of Almighty God overseas, like where they shoot their videos.”

The CAG is the largest Chinese Christian new religious movement, which, due to its rapid growth, the CCP regarded as a threat. Included in the list of the xie jiao in 1995, it has become the most heavily persecuted religious movement in China ever since. Under the CCP’s ruthless oppression, some CAG members have been forced to flee abroad, but the Chinese authorities continue persecuting them and organize campaigns to disgrace the Church in foreign countries by using agents and online propaganda. According to some CAG believers, CCP’s secret agents also pretend to be members of the Church in online forums to gain access to communities overseas.

During the interrogation, Han Li found out that the police had been following her for a long time, and had long since acquired detailed information about her and her family. One of the officers told her that the Chinese authorities have collected a lot of information on the CAG abroad. “We’ve accessed 30 percent of your Church’s state of affairs overseas; we need you to help us know the remaining 70 percent,” the officer pressured Han Li.

Not wanting to implicate herself or harm fellow believers, Han Li didn’t say anything. “You can also help us in China by collecting information about the Church,” the officers didn’t give up. “If you know any believers who want to flee abroad, just tell us. Don’t be afraid. As long as you cooperate with us, we promise not to arrest you, nor will we do anything to hurt your family, and we can also help you if you have any difficulties in your life or work.”

Han Li didn’t want to cooperate with the police, but she knew that if she refused, the police wouldn’t let her off the hook, and it would be detrimental to her family. She also knew well that many believers who return to China are as a rule persecuted. She had no choice but to pretend to agree.

Han Li’s tentative agreement satisfied the officers, and they released her. Afterward, they arranged meetings with her every month, during which she would be asked to give some information about the Church. On a few occasions, the police asked her to “scout out” other CAG believers who could go abroad to work for them as undercover agents. To entice her even more, officers promised to pay Han Li a monthly salary for being a full-time “undercover agent.”

For the past several months, Han Li has been providing inconsequential information to the police, hoping to stall the inevitable. She is continuously scared that the police will eventually realize that she is misleading them and arrest her ultimately.

“I am particularly scared at the end of a workday when I get to the door of my apartment, thinking that someone behind me will suddenly shout out my name,” Han Li said. “At home, I’m afraid of hearing a knock on the door. I get nervous even if someone knocks on my neighbor’s door.”