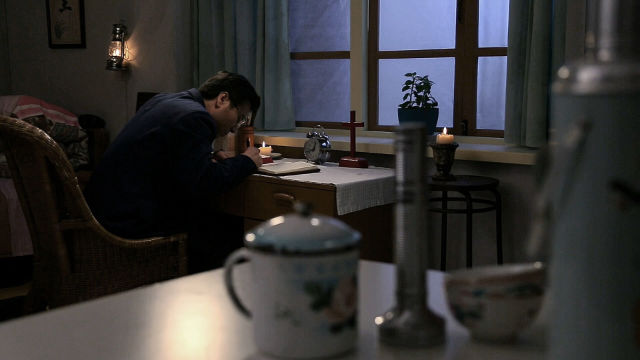 The revival of churches despite severe crackdowns has caused the CCP to realize that religions cannot be annihilated merely through the use of force. Threats, coercion, bribing believers to serve as undercover agents, the “carrot and stick” approach – the CCP spares no efforts to eradicate the churches that refuse to be controlled by it.

Bitter Winter talked to two house church preachers about the CCP’s tools, employed to collect information about places of worship that is later used to persecute them. To avoid retaliation from the government, the two requested anonymity and asked that their specific religious denomination is not disclosed.

The first preacher recalled that the troubles started when his identity was exposed when he was arrested because of his faith. Since then, the local State Security Bureau has been keeping an eye on him, demanding to provide internal church information to the government. This, he thinks, was needed to disintegrate gradually and shut down the church eventually.

In 2013, he was summoned to a hotel. Because of his reputation in the religious community and the fact that he was a Party member prior to believing in God, officials from the Bureau asked him to become an informant for the government.

“In the future, if you go abroad to attend a religious conference, we’ll buy your plane ticket and help you get the passport and a visa,” promised the officials. This was not for free, however. In exchange, he would have to report about his trips and record the sermons or training sessions, organized by foreigners in China, or bring along government personnel to such events.

“Tell us about the church’s structure and name the principal co-workers. We will support you in the church and let you preach all across China. You’ll also receive a monthly salary of 5,000 RMB (about $ 720),” further conditions for cooperation were listed, but the preacher refused.

The officials continued persuading him, saying that his spying would be vital to protect the national security and prevent infiltration by foreign anti-China forces – a common CCP’s excuse to vigorously suppress and shut down house churches. The preacher refused again, saying, “Don’t expect me to fabricate rumors that the United States is making churches resist or subvert the Communist Party. There is no such thing at all!”

Because of his resistance to cooperate, the preacher was subjected to various threats and intimidation, such as demands to report to the State Security Bureau when leaving the city area. “Even if you don’t tell us, we can still find out where you’re going. However, us finding out and you proactively telling us are two different things,” an official threatened him, warning that he might be arrested at any time.

The preacher is not sure if another co-worker at the church was bribed or the CCP planted an outside informant, but in December 2013, the local State Security Bureau obtained some of the church’s internal meeting records, as well as a list of the main persons in charge of that denomination and information about their financial standing. Shortly afterward, the police arrested the preacher on the grounds of “financial issues.”

On top of that, because the authorities hacked his mobile phone and computer, the information found on the devices and the content of his conversation with a foreign believer was constituted as “divulging state secrets.” “We know that you love to preach more than anything. If you don’t cooperate with us, we will ruin your reputation in the church,” threatened officials.

Ten days later, the police summoned the preacher to a hotel again. Claiming that the state’s religious policies are extremely lenient, the officers told him to raise any issues he had, promising that the government would help to handle them.

After these “friendly” talks, officials demanded the preacher to prepare some materials about the church’s structure and future development plans. Knowing that hidden dangers lurked behind this conversation that seemed to be so “caring,” the preacher was reluctant to do so.

“To bring the situation of house churches to the surface and know their weaknesses, the CCP asks churches’ co-workers to ask around and report back to them with the information they had found. It is later used against the churches and also becomes the basis of regulations that restrict their activities,” explained the preacher. “The reason they want to understand the structure of our church is to find out the details and adopt a long-term plan to destroy all churches in our denomination.”

The other interviewed preacher told Bitter Winter that in the second half of 2018, all churches of his denomination with large congregations were severely suppressed in Nanjing city of the eastern province of Jiangsu, in the southern province of Guangdong, and the central province of Henan. “How does the CCP strike with such precision?” wondered the preacher. “For a long time, the CCP has been crystal clear about the situation of the churches, and now, they want to eliminate them completely.”

He added that since their denomination had not been persecuted exceedingly severely, it came as a shock to him that some local governments listed it as a “heresy and xie jiao” in the official forms used to collect data about religious movements. The preacher thinks that it was done because his denomination refused to join the government-controlled Three-Self Church.

“We’re an orthodox Protestant denomination; this is publicly known. For groups that the CCP cannot bring under its control, they will accuse them of subverting state power or aiding foreign infiltration, or they would directly designate them as a xie jiao. In any case, the CCP has a way to suppress them, finding a ‘justified’ reason,” said the preacher. “In short, whether through bribery or other seemingly peaceful approaches, the CCP is using any means possible to eliminate house churches.”