Chinese authorities are employing a variety of inhumane torture methods to make believers disclose information or give up their faith. 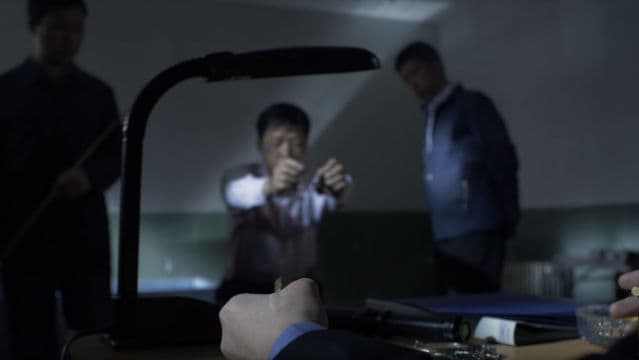 In the many cases of persecution of religious believers in China, the level of harassment and torture imposed on members of The Church of Almighty God (CAG) has been particularly severe. Many arrested CAG believers reported having been subjected to all kinds of cruel torture, such as electric shocks, being cuffed to a “tiger bench” with their legs bent upwards for a long period of time, having sharp objects stuck underneath their fingernails or subjecting them to sleep deprivation – a torture technique, known as “exhausting an eagle.”

Sleep deprivation not only physically and psychologically torments and devastates its victims, but also does not leave behind any scars or bruises as evidence of torture – this is why it is widely used by law enforcement in China.

Bitter Winter interviewed a few CAG members, each of whom recounted their ordeal of being subjected to the cruel torture of “exhausting an eagle.”

One CAG member from China’s eastern Zhejiang Province said that after his arrest last September, the police took him to a hotel for interrogation. In an attempt to make him identify other believers and provide the password to a confiscated computer, several police officers took turns interrogating him and ordered two security guards to take shifts watching him 24 hours a day, not letting him sleep. As soon as he started dozing off, the security guards would pour cold water on his face.

The officers threatened him: “We have lots of ways to deal with you. When the time comes, you will want to die, but we won’t let you. Let’s see who can last longer!”

Eight days later, his legs were swollen and sore due to standing for a long time. He felt that his capacity to endure such mental torment had reached its limit. To prevent the torture from knocking him into a state, in which he might unwittingly give up information about the church, he pulled hard on his handcuffs so that the pain would make him more clear-headed.

After 14 days, he felt dizzy, dazed, and lightheaded. He experienced double vision and hallucinations. It was as if he was hearing his son’s voice, as well as the voices of other believers. Unable to endure the torture, he collapsed on the ground.

“Exhausting an eagle” is considered one of the cruelest torture techniques since, deprived of sleep for about ten days, a person may experience sudden death. Despite this, the CCP often uses this inhumane torture to interrogate and torment believers and dissidents.

A CAG member in her forties from China’s southeast Fujian Province was also subjected to sleep deprivation in September 2014, when she was arrested for her belief.

To force her disclose information about the whereabouts of the church’s money, police officers punched and kicked her, handcuffed her to a tiger bench, and took turns interrogating her, knocking her in the head each time she nodded off. She did not sleep or eat for seven days in a row, which caused her to fall into a trance. The officers took advantage of this opportunity to extract information about the church from her, but their attempts were unsuccessful.

Afterward, she was sentenced to five years in prison for “using a xie jiao organization to undermine law enforcement.

While she was serving her sentence, the police indoctrinated her for two months, forced her to watch CCP’s videos slandering The Church of Almighty God, and periodically deprived her of sleep at night, pushing her every ten minutes so that she wouldn’t fall asleep.

On top of that, in the dead of winter, guards instructed prisoners to take off her warm clothes, leaving her in just prison uniform. To make her sign a statement of repentance betraying her faith, she was forced to squat for a long time, or guards yelled directly into her ear through a loudspeaker. The torture caused her to suffer a dramatic weight loss, and all of her hair turned white.

She said that the torment at the hands of the CCP had scarred her emotionally for life. “I’ve also suffered severe memory loss. I’m often startled awake at night, and my health has deteriorated, too. It can never be undone,” the woman said.