Authorities in China scan cell phones at will, and even the most benign comment – from years ago – can have lifelong consequences. 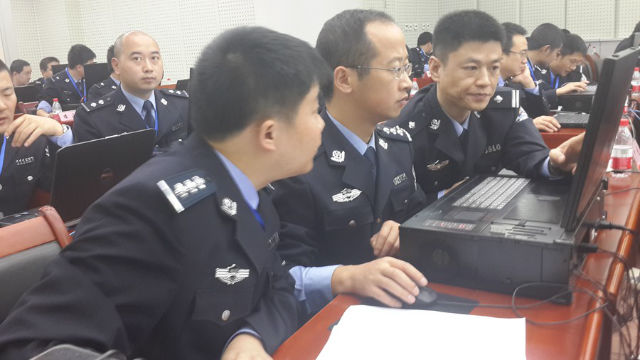 As Bitter Winter has been reporting, the Chinese Communist Party tightly controls the Internet in China, preventing citizens from expressing their thoughts and opinions. In each province and city, one can find someone who posted a dissenting or “sensitive” content and was harassed or arrested by authorities. In recent years, control over speech has been especially severe in the Xinjiang region.

According to our source, the police have the right to check the cell phones and ID cards of merchants and passers-by at will.

In mid-September this year, an ethnic Hui woman who operated a store in Xinjiang’s Urumqi city was arrested. Police had used a high-tech scanner to check her cell phone and discovered that her phone contained material from when she was studying the Quran in a WeChat, a Chinese social media and messaging app, group four years previously.

Police detained the woman for ten days, during which she was forced to study national policies and laws each day. She was not released until the end of September. Our source commented, “The common people are deprived of even the slightest bit of integrity or dignity. Now, we don’t dare to say or mention anything we have on our minds.”

In Xinjiang, the authorities’ heavy-handed control over information has also extended to schools. Some students have been expelled from their school as a result.

Earlier this year, four ethnic minority students from a technical secondary school in Shihezi city had their cell phones checked by the school. “Sensitive” content regarding ethnic group unity was discovered to have been forwarded on their phones. The students were immediately expelled.

Afterward, the school’s principal informed a gathering of the remaining students: “Sensitive information must not be sent on cell phones. For example, topics about faith, politically sensitive issues, and remarks against ethnic unity are forbidden. If you receive such sensitive information, you must not ‘like’ it, let alone open and look at it or casually comment on it. If you are discovered doing so, you will be expelled from the school immediately.”

One student’s parent was distraught. “These underage children aren’t allowed to go to school just because they clicked and ‘liked’ something on their cell phone. That will ruin the future prospects of these children.”

Previously, Bitter Winter has reported that the CCP frequently suppresses and arrests people who have posted dissenting comments or religious information online.

Ms. Li, who lives in Xinjiang’s second largest city of Korla, had a similar experience. In May, she sent a comment on her cell phone that said: “The doctrine of the Hui people says that pork cannot be eaten.” As a result, the local police arrested her and forced her to take a “political studies” class for six days.

The plight facing Christians is just as critical as that facing Muslims in Xinjiang. In September, a Sunday school teacher in Linyi city, in the eastern coastal province of Shandong, was monitored and tracked by the authorities because she posted Bible chapters online. Later, the teacher was taken by officers to the local police station for interrogation.

“Posting excerpts from the Bible online causes too much of an impact,” said the police. “From the provincial government to municipal governments, each level exerts pressure on the next. We have to investigate you.” The police also prohibited the teacher from running the Sunday school.

Harassment of religion ranges from the small Sunday school teacher to the most famous religious leaders in the country. As reported by the New York Times, Wang Yi, a prominent Christian pastor and the head of the independent Early Rain Covenant Church in the southwestern city of Chengdu, was arrested on December 9 charged with “inciting subversion of state power” for posting remarks critical of the government online. He and his wife face up to 15 years in prison.