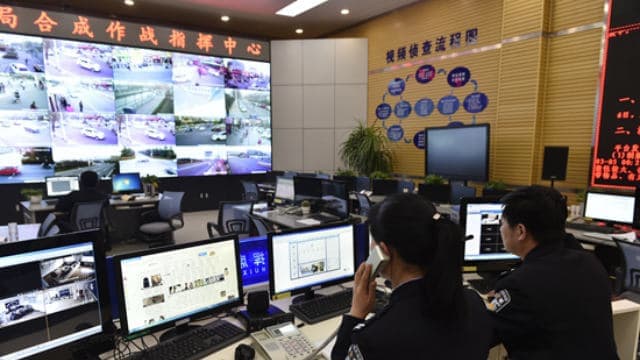 Under the powerful “stability maintenance” policy, the Chinese Communist Party (CCP) continues to deprive the Chinese people of their freedom of speech.

The CCP’s hostility to free speech is nothing new; however, recent reports demonstrate how far the party’s control over public commentary and “sensitive information” has escalated over the past months and reached an unprecedented level of severity.

According to an anonymous police source, this incident shocked the municipal Public Security Bureau. The police organized a massive manhunt and declared that they would not give up until they had arrested the culprits. The police mobilized additional staff and instituted 24-hour shifts to monitor surveillance data and track down the women’s whereabouts.

Officers went door to door showing photos of the women to local residents and asking whether they recognized the pair. Some reported that police secretly monitored the streets and public squares. One salesperson who was questioned by police was told the manhunt was meant to “catch thieves.”

A local resident told our reporter that police mistook a woman walking along the street for one of the women in the photos and surrounded her. After realizing that they had the wrong person, the officers acted evasive and dismissive, saying they were “protecting the people.”

Our reporter has learned that the authorities have arrested the two women, but further details on their condition are unknown.

This disturbing event is only the latest in a string of abuses that have free speech advocates worried.

In July, Dong Yaoqiong, a woman from Hunan, a province in southern China, used her Twitter account to denounce publicly what she calls “thought control imposed by the CCP,” and splashed ink on a portrait of CCP General Secretary Xi Jinping. A few hours later, Dong Yaoqiong went missing. Later, several media outlets reported that Dong Yaoqiong had been sent to a mental hospital, and her father, Dong Jianbiao, had been placed under house arrest. Artist Hua Yong, a Beijing-based artist who expressed solidarity with Dong, has also disappeared.

On July 29, after Yue Xin, a #MeToo activist, and her fellow Peking University students published a protest titled, “Letter of Support for Shenzhen Jasic Workers Arrested for Demanding to Form Labor Union,” she vanished into secret custody in Shenzhen city in Guangdong, a coastal province of southeast China. Afterward, unidentified individuals assaulted her supporters in an effort to keep them quiet.

Even seemingly innocuous remarks on WeChat or other social media platforms can draw swift and severe punishment. Several people Bitter Winter interviewed described being interrogated by the police and receiving official warnings for comments they’d posted.

In August, Mr. Cheng (pseudonym) from Shaanxi Province in the north-west of China saw a news report on his cellphone about a woman who was beaten by a police officer. Like many other netizens who left comments condemning the officer’s brutality, Cheng posted a remark “What can the police do?”

Then, in late August, Cheng received a phone call summoning him to the police station. “This time, the police fined me 500 RMB (about 40 USD) and told me to sign my name and leave my fingerprints on more than ten printed pages describing regulations I’d ‘violated.’ They treated me like a murderer,” Cheng said. He added, “[The police] said I had a good attitude, so they only fined me 500 RMB. If I had a bad attitude, they would have fined me 1,000 RMB and also detained me for five days.”

In September this year, Mr. Zhang (pseudonym) wanted to invite for dinner some of his old friends who were all part of the government program “Up to the mountains, down to the villages” in the late 1970s, when young urban residents were relocated into rural areas, to live and work with the peasantry.  But shortly after sending a message to his WeChat group to arrange the meeting, Zhang was unexpectedly detained by local authorities and taken to the police station.

The police not only interrogated him about the reason for the gathering, they also demanded details about his relationship to each of the invited attendees. The authorities made him guarantee that he and his friends would not make trouble during their get-together, threatening that if they did, they would suffer the consequences. After this, the police called the restaurant where Zhang and his friends were planning to meet and told the restaurant owner to monitor what was said during their meal and report back to the authorities.

Zhang was furious about being interrogated by the police without cause, saying, “In the future, we should make sure not to say anything casually in a WeChat group. Once you say a wrong thing, you will be discovered by the CCP, bringing about inexplicable disasters.”