CCP has cast a wide net of snoops across the country to monitor all believers, regardless of their denomination. No one knows who could be watching them. 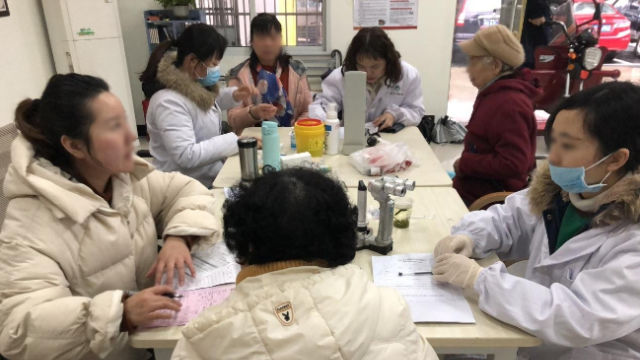 People from all walks of life are serving as spies for the CCP, sometimes even those that one would not think of. It could be your neighbor, colleague, even family members, or fellow believers.

Thugs and unemployed vagrants now have a chance to earn some money by following and reporting on people of faith. Besides, in exchange for information, the authorities are writing off their misdeeds and, in some cases, provide housing for those who have nowhere to live.

A grassroots-level government official in Liaoyang city in the northeastern province of Liaoning revealed that each local village committee had hired a few social idlers to investigate persons with religious beliefs in the village.

A few members of The Church of Almighty God (CAG) in a village under the jurisdiction of Heze city in the eastern province of Shandong discovered that local thugs were watching them. “Sometimes, they sit outside the homes of Church members; sometimes, they ride a bicycle and meander through the alleys. One of the believers said that she was unable to attend gatherings regularly because a ruffian followed her. Eventually, she left home and now lives in hiding,” a CAG member disclosed the situation of religious people in the village.

Another CAG member from a village under the jurisdiction of Hangzhou city in the eastern province of Zhejiang has also faced similar harassment. Local village officials entrusted a person who has just been released from prison to be in charge of supervising the whereabouts of religious villagers. Every day, he rides an electric bike patrolling the village. According to sources, he receives a monthly allowance of 1,500 RMB (about $ 220).

Because of constant intense surveillance, CAG believers are holding their gatherings in remote and hard to find places, like caves or abandoned pigsties. Regardless, the “spy” managed to track them down when they were about to meet inside a cement pipeline and reported them to the village chief. A passing-by believer overheard them talking and managed to warn his fellow believers. To escape being followed, believers often employ different means of disguise, such as carrying farming tools pretending to go work in the field when they are on the way to a religious gathering.

The pastor of a Three-Self church in Liaoning Province revealed that officials from the National Security Brigade often pressure him to gather information about members of local house churches in exchange for monetary rewards. The officials claim that house churches are taking over all believers; therefore, Three-Self churches are losing congregations. If unofficial churches were eliminated, believers would have better developmental prospects.

Some Three-Self church believers in the central province of Henan have also reported to Bitter Winter that officials from the Religious Affairs Bureau have repeatedly visited their church for inspections, demanding them to report any house church believers they discover, especially those who belong to denominations designated by the CCP as xie jiao.

A nurse or a spy?

Bitter Winter reporters recently interviewed some hospital patients and their families. According to their testimonies, in many hospitals, before seeing a doctor, people must fill out a form indicating if they have any religious beliefs. The staff claim that if patients are religious, their medical expenses cannot be reimbursed.

On January 1, a woman was taken to give birth to the maternity ward of the Affiliated Hospital of Qingdao University in Shandong Province. As she lay on the delivery bed, the woman was in so much pain that she could barely breathe. Instead of helping her, a nurse was filling out a hospital form with the woman’s personal information, including her religious status. When the woman asked what her religious beliefs had to do with her giving birth, the nurse replied that it was just a formality.

This is not an isolated case: Residents of Shandong, Hebei, Sichuan, Henan, Liaoning, and other provinces have reported that they were investigated about their faith and other private information irrelevant to their physical health while seeing a doctor. In most instances, healthcare workers are usually vague in their answers as to why this is being done, saying only that “the regulation comes from above.”

The manager of a residential property management company in Guangyuan city in the southwestern province of Sichuan told Bitter Winter that the local police station had demanded his company to assist in investigating the religious status of residents. Company employees were also told to monitor strangers coming to the neighborhood for religious activities.

Every week, they must report the results of their inquiries. If there is a large number of religious believers in the area, and the company staff fail to control the situation effectively, or unreported believers are discovered, the company will be held accountable.

“Now, no matter what religion people believe in, they will all be arrested – even elderly people and children are no exception,” said the manager of the property management company.

A resident of Puyang city in Henan reported that one day in May he opened the door to his apartment and saw the property manager, accompanied by a security officer and a community employee, who questioned him about his religious beliefs. The property manager said that the order to look for and register all religious residents in the community came from the local sub-district office.