Patients in China are forced to register religious status when seeking medical care and also undergo a litany of questions about private life. 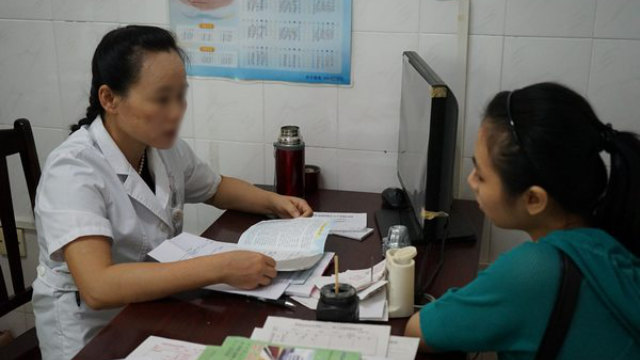 “Big Brother” is everywhere in China, in every corner of society, even the doctor’s office, where citizens are investigated about whether they have religious beliefs and other private information irrelevant to their physical health.

This was not a police interrogation, but rather these were questions asked by a doctor in a village under the administration of Baoji city in the northwestern province of Shaanxi. And as one villager responded: “Checking for diseases is checking for diseases. How is that related to believing in God?”

Ms. Liu, from Shaanxi Province’s Tongchuan city, faced the same confusion. In September, Ms. Liu went to see a doctor and was also required to provide detailed personal information, including her religious status. The doctor even asked for that information regarding her children.

“If every patient is questioned like this, won’t it delay people from getting treatment?” Ms. Liu, who said she felt like she was being interrogated as a prisoner, asked.

But as it turns out, the doctors also feel helpless; as a doctor told Ms. Liu in response to her question, asking for this information is a forced requirement from superiors or else their jobs are at risk.

“Now, in addition to being doctors, we also serve as civilian police. If we don’t do this, we will lose our jobs. There is nothing we can do. You’re bothered by it; we’re extremely bothered, too,” the doctor said.

It appears as a part of the Chinese government’s plan to defraud believers from receiving their health-insurance benefits.

“As soon as it is determined that a patient believes in a xie jiao (heterodox teachings) then the hospital will not reimburse them with public healthcare insurance for any money spent on medical attention,” a nurse at Baoji City Second Hospital of Traditional Chinese Medicine in Shaanxi said.

According to several insiders, similar situations are prevalent in hospitals throughout China’s northernmost Heilongjiang Province, eliciting the revulsion of patients and their families.

In July, Mr. Zhang’s father was sent to the hospital’s emergency department because of an eye injury. Just as Mr. Zhang was busy making the arrangements of hospitalization services, a nurse chased after him asking for his father’s personal information, including the level of education, whether he has any religious beliefs, and so on. Mr. Zhang was appalled by this, believing that by doing so, the hospital was delaying his father’s treatment. But the nurse said that this is a hospital regulation that has been in effect since last year.

To make matters worse, because of this government regulation, some Christians have had their treatment delayed due to their fear of being arrested.

In 2013, Ms. Xiao suffered a fracture of the left arm in a car accident, and an iron clamp was placed into her arm to fix it in place. The iron clamp could’ve been removed after two years, but Ms. Xiao, fearing that she would be questioned about her faith, didn’t go to the doctor to have the clamp removed, even though she is worried about medical complications or becoming disabled. Then again, she has been previously arrested for sharing the gospel.

As one house church preacher put it, wiping out meeting venues, prohibiting gatherings and arresting Christians is just one way the government has power over believers. But it’s the eyes of “Big Brother,” the slow eradicating means for Christians to survive that really exacerbates the repression and persecution.

(All the names are pseudonyms.)