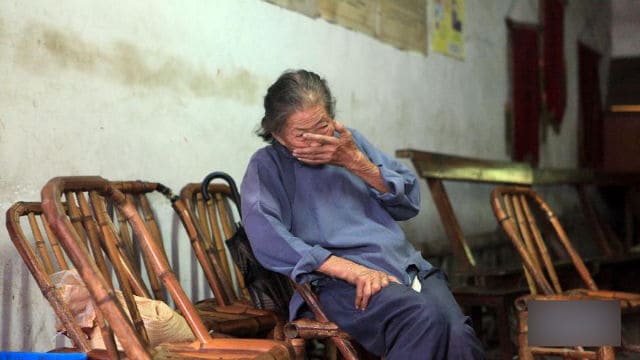 A woman signed up for a Falun Gong pamphlet, and her grandson and daughter were punished severely ten years later.

In August this year, Zhou Xuewen (pseudonym) from Tangshan city in Hebei applied to join the Chinese army. After a medical examination determined him fit for service, the investigation of his political record uncovered that his name was on a list of Falun Gong – a banned Chinese non-Christian religious movement – and thus, he could not enlist.

The family was deeply shocked since they had not had any connections with Falun Gong. Even the bribe of 30,000 RMB that the family had given before to the head of the Armed Forces Department to ensure that Zhou Xuewen would be assigned a good position in the army did not help to clarify the matter.

After lengthy deliberations trying to understand what had happened, Zhou Xuewen’s grandmother remembered that over ten years ago, she was taking a walk with her grandson and saw a Falun Gong practitioner preaching on the street. Without too much thought, she put down her and Zhou Xuewen’s names on the list for Falun Gong’s promotional materials. The security director of their village discovered this matter later and reported their names to higher authorities.

After Zhou Xuewen has been prohibited from joining the army, his aunt’s eligibility to become a member of the Chinese Communist Party was also revoked.

Falun Gong has been banned, and its followers severely persecuted in China since 1996; the authorities describe it as the quintessential xie jiao (heterodox teaching). By 2006, some 100,000 members of the movement had been arrested, and many had died in jail because of torture or extra-judicial killings. The authorities have been accused of organ harvesting from living Falun Gong devotees in captivity or their murder to obtain organs for the flourishing international clandestine market.