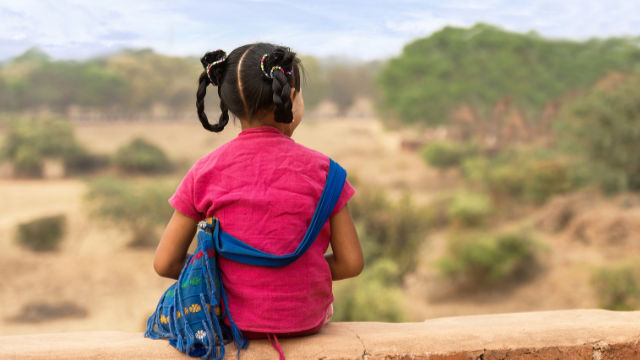 As countless Xinjiang Muslims continue to be put away in detention, the Chinese authorities are breaking apart families and inflicting severe emotional trauma on children, suffering through unhappy childhoods without parents.

In a heart-wrenching scene from a “transformation through education” camp in Huocheng county of Ili Kazakh Autonomous Prefecture in August, an Uyghur man is visited by his daughter for the first time after he was arrested six months ago.

“Father, your eyes are so big,” the 2,5-year-old girl tells her father, leaning against the separating glass in a visiting room as she mouths a kiss at him.

Her father stands up, hoping to get closer to the glass to kiss his daughter, only to be immediately restrained by a guard. He pleads with them, “When I last saw her, the only words she knew were ‘Mommy’ and ‘Daddy.’ She can talk now. Let me hug my daughter; just let me give her a kiss.” The guard, unmoved by this human tragedy, ignores his pleas.

A woman close to the family said that after returning home from visiting her father, the girl kept saying, “Mommy and Daddy are away studying; I want to go study too so that I can see them.”

“To hear this form a child is heartbreaking,” the woman said, overwhelmed with emotion.

She added that the little girl has an elder brother, but he lives at the school. “His high school is full of teenagers whose parents have been taken away. Without the care and attention of parents, they all live in suffering.”

Bitter Winter has previously reported that in Xinjiang’s Lop county alone, nearly 2000 Uyghur children were under state supervision after their parents had been taken away; and their number across the province is growing every day.