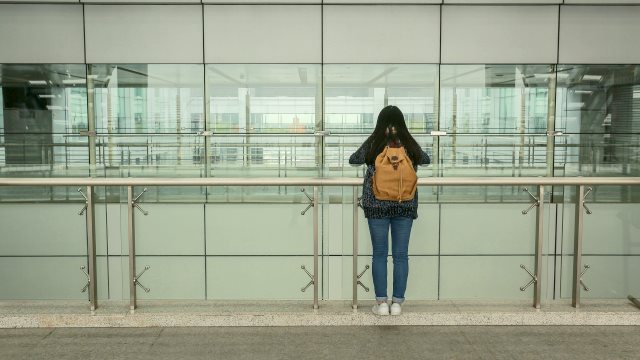 A university student and a member of The Church of Almighty God in Liaoning Province was arrested because of her faith and was later forced to quit her studies.

On June 27, 2018, five officers from a police station in Jinzhou city, Liaoning Province burst into a university classroom and arrested student Zhao Tingting (pseudonym). After confiscating her cellphone and textbooks, they took her back to the dormitory for a search, which they recorded. Police seized an MP5 player and two memory cards and took her to the police station for interrogation.

Officers questioned her in turns on when she first believed in Almighty God, who she had been in contact with, and where the contents of the memory cards and the MP5 player had come from. When the interrogation yielded no results, they took her fingerprints and noted a crime of “using a xie jiao (heterodox teachings) to harm society” in her case file, then sent her to a local detention center. The Chinese government has put The Church of Almighty God, a Chinese Christian new religious movement, on a national register of xie jiao organizations, misleadingly translated as “cults.” Under Article 300 of the Chinese Criminal Code, being associated with such organizations automatically leads to arrest, detention, or imprisonment.

Zhao Tingting was told by an officer that she had been under the police surveillance for a long time and that the place of religious gatherings she used to go to had been monitored for some time; other Church members from that place had been arrested as well, and one of them was a university student who attended gatherings with her.

On July 7, 2018, Zhao Tingting was released. She wanted to continue her studies, but the Jinzhou Security Bureau pressured the head of the university to require her to sign three forms before returning to school – a repentance letter, a letter of cutting off ties with the Church, and a letter of guarantee – to ensure that she would no longer believe in God. She was unwilling to give up her faith, so she was forced to drop out of school.

It has been reported that the CCP government had issued confidential documents to strike against meeting places near campuses for the Shouters, a Christian religious movement known in the West as the Local Church, and The Church of Almighty God. The document states: “To combine security forces surrounding school campuses to establish control, to carry out comprehensive investigations of proselytization sites, gathering sites, and ‘work-study’ sites around the campuses that target young people. To collect information about the persons in charge, scales, locations, and patterns of activities, and resolutely eliminate them in accordance with the law. Primary schools, secondary schools, and colleges, and universities must actively provide information on xie jiao activities around their campuses and cooperate with public security agencies in their work of crackdown and rectification.”