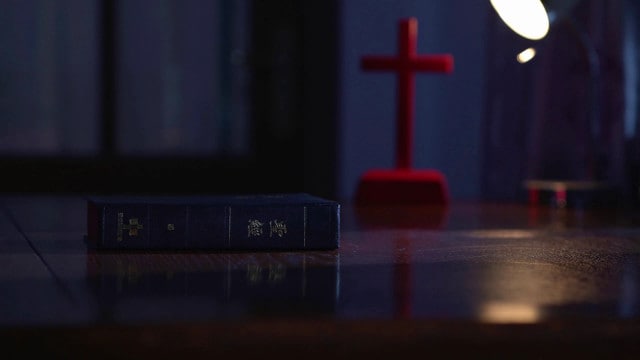 Facing increasing surveillance and persecutions, believers are forced to come up with inventive ways to continue practicing their faith and dodge arrests.

Members of both underground and government-approved churches shared with Bitter Winter experiences of protecting their places of worship and attempts to preserve the remains of their religious liberty.

To hide away from the authorities, a house church in Diaobingshan city in the northeastern province of Liaoning Province has been set up in a high-rise commercial building with large flows of people. The congregation recently changed the word “donation” into “suggestion” on the box where believers can leave offerings to the church. During each gathering, someone is stationed at the door to keep watch for raids and immediately calls fellow believers to disperse if government officials are in sight.

Since the ban on online and retail sales of Bibles has been enforced in March, it has become difficult to find a copy of it anywhere in China. The prints that people already have are always at risk of being confiscated, so, believers have to think of ways to secretly store their Bibles, for example, locked up in safes. “They’re afraid that they won’t be able to buy it in the future, and newcomers won’t even have Bibles to read,” a believer from the Diaobingshan church said.

Other than this, there is also the insidious threat of dealing with undercover agents that infiltrate churches; many places of worship have been shut down based on the information provided by covert police officers.

To prevent this, house churches no longer accept a random stranger, and anyone who wants to join must be introduced through an acquaintance. Since the police infiltrate spies into local communities, believers can no longer sing hymns or religious songs loudly, lest a neighbor reports them.

A house church preacher from Liaoning’s Shenyang city said that to evade being reported, she does not tell anyone in her community whenever she goes to another province to preach. When she was invited to give a sermon in Wuhan city in Hubei Province this April, she told people she was going on a business trip. Under the current policies, if anyone is found delivering a sermon elsewhere than their hometown, their punishment is far more severe.

House churches with foreign ties, especially South Korea, are facing exceptionally thorough persecutions. A Donggang city resident and believer revealed that his church has foreign nationals as its preachers; therefore, they have to be extremely careful in holding gatherings. Both the meeting venues and the preachers are changed frequently. “They are usually transferred out after two or three months, so as not to attract attention,” the believer added.

The situation of government-controlled Three-Self Church believers is dire as well. A member of one of such churches in Henan’s Yucheng county revealed that the authorities have been harassing her since last month just because she has a picture of a cross at her home. To protect it, she installed a pull-down curtain that she uses to cover the picture every time anyone comes to her house. The woman has come up with this ingenious method after local government officials visited her home for the first time. When they entered her apartment on the pretext of inspecting the “dilapidated” building, they saw the picture of the cross and attempted to tear it apart, but she managed to save it at the time. She continues to hold on to the only symbol of her religious liberty despite the threats to arrest her.