On July 22, new false demonstrations against refugees from The Church of Almighty God start in Korea. The bigot promoting them is spreading hate against all minorities.

Ms. O Myung-Ok, a notorious Korean pro-CCP and “anti-heresy” activist, has announced that on July 22, she will start demonstrating against the Chinese asylum seekers of The Church of Almighty God in Seoul. She will bring some thirty relatives of the refugees, coerced or manipulated by Chinese State Security agents and induced to come to Korea asking for their family members to “come home.” Obviously, should they go back to China the refugees would not go “home,” they would go to jail. In a document distributed in Washington DC during this week’s Ministerial to Advance Religious Freedom, 13 NGOs have vigorously protested Ms. O’s false demonstrations. 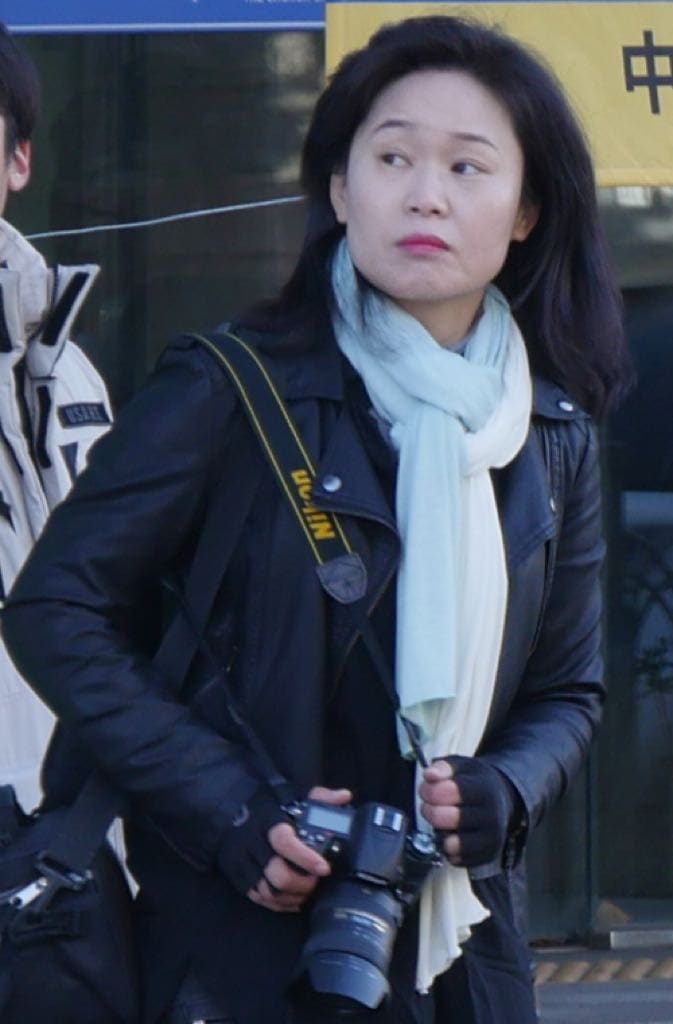 It is important that Korean and international media understand exactly who Ms. O is. She frankly admits that she endorses co-operation with the Chinese authorities against The Church of Almighty God and other groups the CCP does not approve of. She uses the same pattern of action against a number of minorities, spreading hatred and bigotry. Her scheme repeats itself. She promotes false “spontaneous demonstrations” where either (or both) a handful of her friends or relatives of persons whose lifestyle she does not approve of, ask the latter to “go home.” If they are foreign asylum seekers, they should be deported back to their home countries (where they will be arrested and worse). If they are members of Korean minorities, they should be given back to their angry relatives and to some Christian pastors, who will detain them and try to induce them, using various forms of physical and psychological violence, to change their lifestyles. This applies in Korea to both members of groups Ms. O denounces as “heresies” and to homosexuals. For some, Ms. O simply proposes to put them in jail.

Against “Heresies” and Falun Gong

Clearly, these proposals can only be sustained by what in other countries would be sanctioned as hate speech. “Heresies,” with a special focus on those the CCP persecutes in China, such as Falun Gong and The Church of Almighty God, are depicted as criminal, and asylum seekers as “false refugees.” In order to de-humanize members of the groups she hates, she should claim they are not really religious or spirituals, but “pseudo-religions,” a claim she also applies to Falun Gong.

To send back “home” (i.e. to the dreaded transformation through education camps) Uyghur refugees, she connects them to terrorism, in the usual style of CCP propaganda. She claims that “the international community accuses them [Uyghurs] of terrorism,” confusing China and its allies in the Axis of Shame with the international community . She even claimed that Nurgul Sawut, an Australian leader of the secular Campaign for Uyghurs, represented “radical Islam” at a conference co-organized by Bitter Winter in Seoul on June 20, where she showed her long black hair and appeared in public without a veil, something which should have alerted everybody but Ms. O to the fact that she is not a fundamentalist.

She devotes an inordinate number of words to argue that Xinjiang is part of  China, and Uyghurs should behave as good Chinese citizens. One wonders what this exactly has to do with a Korean Christian organization ostensibly fighting “Christian heresies,” but whatever suits the CCP finds a soft spot in Ms. O’s heart.

Or perhaps the Uyghurs are not even real Muslims. She writes that those who “advocate anti-Chinese sentiments and resistance in Xinjiang are actively using anti-government-related Islamic terms. and Islamic religious discontent to justify their actions.” In fact, she argues, “Uyghur followers of Islam are [part of] fake camouflage groups.”

Were the Uyghurs, in Ms. O’s mind, real Muslims, it would be even worse. Ms. O goes beyond the usual anti-Uyghur CCP propaganda  and insults Islam in general, claiming it is merely “heresy” rather than “one of the world’s three major religions.”

If you know the Muslims, Ms. O argues, you become hostile to them: “Chinese hostility toward Muslims has been strengthened by frequent contacts with Islam since the Yuan Dynasty. The Chinese considered Muslims to be crass, aggressive, greedy.” This, Ms. O believes, needs to be repeated twice: “The Chinese traditionally regarded Muslims as selfish and greedy. For this reason, the abhorrence and contempt for Muslims became popular in China.”

Quoting anti-Muslim books of one century ago, Ms. O entertains her readers with racist jokes: “When a Muslim travels, he will get fat and come back. On the other hand, if two Muslims go on a trip, they will become thin and return.” But Muslim “crimes,” she argues, are no jokes. Muslims are “able to carry out terrible crimes to achieve their goals.” She offers a horror-movie-style example: “During Chinese New Year celebrations, Muslims who do not observe Chinese festivals spend their nights sleeping after inviting Chinese people to their mobile homes to have fun. The Muslims got up when the Chinese got drunk, tore the tent over their bodies and beat them to death. Then the Muslims put the body of the dead into a dry well and filled it with silver.”

In most democratic countries, there are laws against such forms of hate speech against one of the world’s major religions. Perhaps not in South Korea, but there should be.

Against Human Rights and Conscientious Objection

Some persons, when they pass by, cannot resist enter a boutique and buy new clothing. Ms. O cannot resist joining a demonstration for a bad cause. On July 2, 2019, she applauded demonstrations against the National Human Rights Commission of South Korea, noting approvingly that opponents of “heresy” and homosexuality had joined forces. It is clear that Ms. O does not like human rights in general. She wants the Commission “abolished and dismantled.” She believes it protects “Satanic heresy,” which in this case means the Jehovah’s Witnesses.

For many years, South Korea has been criticized by the United Nations for sending to jail the Jehovah’s Witnesses who are conscientious objectors, as their religion forbids them to perform military service. The U.N. noted that almost all democratic countries in the world have passed laws allowing for conscientious objection. Slowly, the situation is being solved also in South Korea.

In this case, Ms. O makes an exception to her familiar mantra of sending people “back home.” Some Jehovah’s Witnesses who are conscientious objectors were indeed sent back home from jail. Ms. O wants them back in jail.

The National Human Rights Commission, Ms. O argues, should be dismantled also because it promotes “anti-discrimination” policies that protect “homosexuals.” She doesn’t like “anti-discrimination,” and suggests to treat homosexuality as a “social disorder.” Religions have different positions about homosexuality, and calmly expressing them is also protected by religious liberty. The problem, however, is that organizations of the kind Ms. O endorses have been consistently accused in Korea to help their parents kidnap young homosexuals in the streets and subject them to forced therapies and indoctrination aimed at changing their sexual orientation. Kidnapped in the streets… just like the “heretics”! Ms. O wants them to “come home” too.

In an article justifying her position on homosexuals, Ms. O argues that we are not free to build our culture as we please. We should only be allowed to “build up the history and culture of humankind as God intended.” The problem is that we are asked to believe that only Ms. O knows what God intended for us. As the authorized spokesperson for God, she feels free to promote bigotry and offend all minorities.

In the West, Story of O is remembered as the title of the mother of all pornographic novels, written in 1954 by Anne Cécile Desclos (1907–1998) under the pen name of Pauline Réage. What the Korean Ms. O does is spiritual pornography, the promotion of the hate of fellow human beings—and of those who are most vulnerable, such as refugees—under the mask of a primitive, racist theology. Hate speech is not free speech. It is great time it should be stopped in South Korea.