Still without refugee status in Kazakhstan, the woman who exposed the horror of Xinjiang camps left the country on June 3, seeking asylum in Sweden. 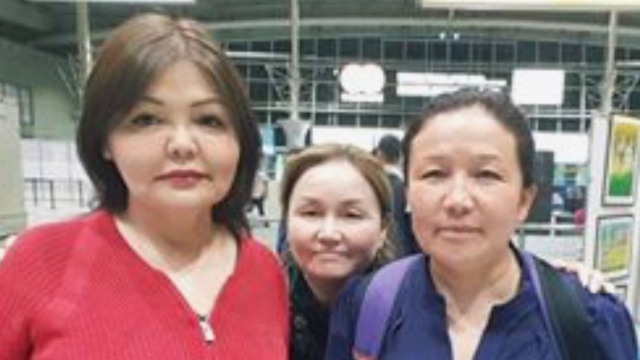 Bitter Winter has learned that on June 3, 2019 at 2.10 a.m. Sayragul Sauytbay, an ethnic Kazakh who had managed to escape the dreaded transformation through education camps in Xinjiang, left Kazakhstan with her husband and two children, seeking asylum in Sweden. Life in Kazakhstan had become too difficult for this brave woman, and she was afraid that she may be deported back to China.

Bitter Winter has followed the story of Sayragul Sauytbay since its beginnings. On August 6, 2018, we reported that a Kazakh judge had stopped her deportation to China, after she had crossed the border between China and Kazakhstan with a false passport on May 21, 2018, and had been arrested. Her husband and children were already in Kazakhstan.

The CCP, however, did not give up. First came the news that several members of her family still in China had been arrested. This is a familiar routine of retaliation when refugee cases are publicized by the media. Then, as Sauytbay revealed, she started receiving threats against her and her children.

Her lawyer started being “absent,” presumably intimidated himself, until she fired him and hired prominent human rights attorney Ayman Umarova. Death and other threats continued against both Sauytbay and Umarova, and the leader of a Kazakh human right organization that had campaigned in favor of Sauytbay’s asylum, Serikhzan Bilash, was placed under house arrest. Several NGOs supported Bilash, but he remains under house arrest to this day.

Sauytbay was repeatedly denied asylum, and received several mafia-style warning that she should stop talking with foreign media about the horrific reality of the transformation through education camps, or her children would suffer the consequences.

Now, she has decided to leave the country thanks to visas granted to her and her family by Sweden. As many others before her, she prefers exile to forced silence.