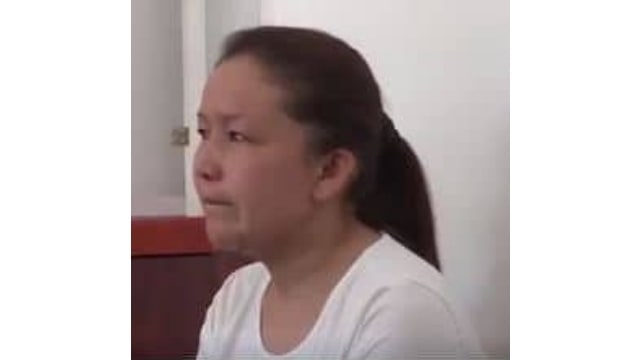 In August 2018, we all celebrated Kazakhstan’s decision not to deport this brave Muslim refugee back to China. But Beijing did not give up, and she is at risk again.

On August 6, 2018, Bitter Winter reported that a judge in Kazakhstan had stopped the deportation to China of Sayragul Sauytbay, a Muslim Chinese woman of Kazakh ethnic origins, who had escaped one of the dreaded transformation through education camps, had crossed the border between China and Kazakhstan with a false passport on May 21, 2018, and had been arrested. Bitter Winter joined the celebrations for this important victory for human rights.

The CCP, however, did not give up. First came the news that several members of her family still in China had been arrested. This is a familiar routine of retaliation when refugee cases are publicized by the media. Then, as Sauytbay, has now revealed, after months of silence, in an interview to Foreign Policy, “a small group of people, unknown to her, came to her house after the trial and told her to keep silent. The small group of Kazakh-speaking men spoke in vague terms about the Chinese government’s policies in Xinjiang and said there would be consequences for her and her family if she spoke out again.”

Her lawyer started being “absent,” presumably intimidated himself, and her asylum request has still not been granted, despite the fact that her husband and two children are Kazakh citizens. She told Foreign Policy that asylum may never be granted and hinted at Chinese pressures. She is seriously afraid she can be deported at any time.

Indeed, China has organized in Central Asia an unprecedented fake news campaign, coupled with economic pressures, to deny that transformation through education camps exist (if not in the shape of inoffensive “schools”). Despite the fact that ethnic Kyrgyz are also among the inmates in the camps, this led Kyrgyzstan’s foreign minister to publicly state that the existence of the camps “is not confirmed.”