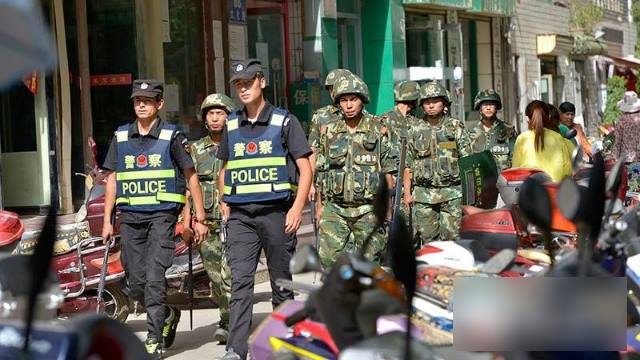 The local authorities lock up people in “education” camps even for speaking the Uyghur language.

Bitter Winter recently interviewed Shihezi resident Zhang Hui whose relatives, including his two brothers, were all arrested and places in a “transformation through education camp.”

On April 20, 2018, two police officers came to the home of Zhang Hui’s younger brother, Zhang Ming, and asked him whether he spoke the Uyghur language and whether he believed in Islam. Zhang Ming said he could speak Uyghur but was not a believer. The officers noted that speaking Uyghur meant that he was associated with Muslims and detained him in a “transformation through education” camp for ten days where he had to pay 100 RMB per day for living expenses. Each day, he was required to recite the Communist Manifesto; if he couldn’t, he was subjected to physical punishment. Camp guards threatened the detained not to reveal information about the camp to others, or they would be apprehended again, face torture, and their possessions would be confiscated.

After Zhang Ming’s detention, the police were looking for Zhang Hui to take him to the camp as well, but Ming told them that his brother neither spoke Uyghur nor believed in Islam, and the policemen gave up and left.

Zhang Hui said that, in March, his older brother and 15 Muslims, including an imam, were arrested while worshiping. To date, no one knows where they are being held.

Shortly after the arrest, another Zhang Hui relative was detained only because he spoke Uyghur and has not been released yet.

Zhang Hui lives in constant fear and anxiety, with no sense of security. He said, “After my older brother was taken away, his wife was so scared that she didn’t dare to talk to anyone. Later, she and her parents’ family were all arrested. I don’t talk about the arrests in my family either, because I could be taken away at any time.”

The area of Shihezi city is populated by ethnic Hans who are primarily Muslim and speak the Uyghur language, which, apparently, is reason enough to arrest and put them in “transformation through education camps.” Their friends and relatives are also implicated and arrested. Not long ago, 18 people were detained in succession in a village of the Shihezi township; their fate remains unknown.

Religious people almost never return from camps. “If they keep arresting people like this, there will be no one left in Xinjiang!” said a local man.

All the names are pseudonyms.