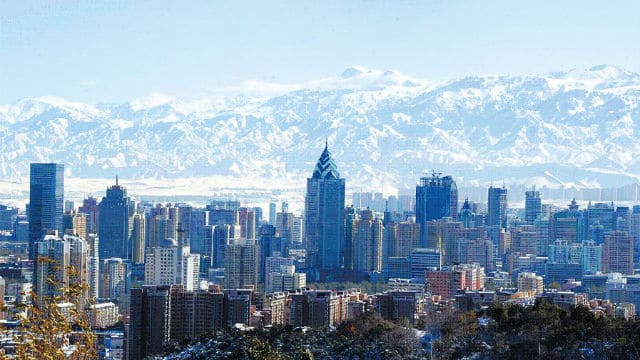 Xinjiang authorities are tightening their grip on local minority populations. New details are coming to light, giving a fuller picture of the extent of the oppression.

Previously, Bitter Winter reported on how some Uyghur and Hui Muslims who had been working good jobs in other provinces outside of Xinjiang were being forced to quit their jobs and return to their hometowns. In recent days, our reporter has interviewed several of those who were forced to move. He tells the story of their pain and also uncovers other, previously unknown aspects of harassment by the authorities in Xinjiang.

One worker interviewed was an Uyghur man who had been working part-time in Tacheng, a city in the Ili Kazakh Autonomous Prefecture of Xinjiang, near the border with Kazakhstan. In mid-August, he was arrested by local police and taken in for questioning. After six hours of detention, police informed him that he had two days to leave Tacheng and return to his place of origin in Kashgar, a city in the southwest of Xinjiang.

This Uyghur man had been working in Tacheng for more than a year. His boss had even tried to help him get a temporary residence permit, but the police refused his application. Because his official residence was not local, and he was an ethnic minority, he was forbidden to work in Tacheng.

Our reporter also discovered that minority Hui Muslims who are working in Xinjiang are being forced to leave. One woman told her story of being forced to quit her factory job and return to her hometown. She recounts that one night in April of this year, the police unexpectedly burst into her apartment in Shihezi, a city in the north of Xinjiang. After checking her registration information, police gave her a deadline to leave. They threatened, “Even if you don’t leave, there won’t be work for you. All companies are forbidden to hire you!” Similarly, police in Shihezi forbid landlords to rent to the Hui minority.

Helpless, this woman prepared to return to her home in the Ningxia Hui Autonomous Region. Many other women from the factory were forced to quit and to leave Xinjiang at the same time, and they shared their anxieties about their future. “Why is it that we minorities are prohibited from working in Xinjiang? How are we supposed to support our families if we can’t work? My parents are aging and in poor health, and my two children are young and have to go to school. Driving us out of jobs is cutting us off from our source of life.”

In addition to threatening minority workers, the authorities are also threatening employers. Our reporter notes that the local government issued a regulation that imposes a minimum fine of 10,000 RMB (about $1,450) on any employer who hires a Hui worker.

A manager at the factory where these women worked reported, “The state authorities are making sure that ‘Xinjiang should only strive for stability, not for development.’ We were told that every ethnic minority in Xinjiang must return to his or her hometown. The factory has to comply with these stipulations issued by the central (Party) committee. There’s really nothing we can do about it.”

Workers and employers may both feel helpless in the face of the latest anti-minority regulations, but it is the poor workers who will suffer the most as they try to provide for their families.