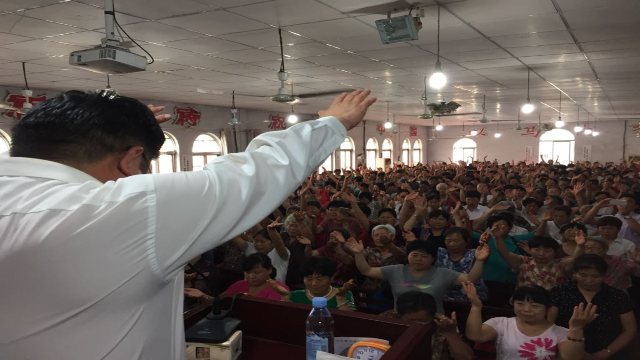 State-run Protestant Church clergy in China forced to preach about patriotism, socialist values, and government regulations, as prescribed by the Communist Party.

Grassroots-level bureaucrats are supervised to ensure their diligence in executing the central government’s policies on religion. Any misstep results in a penalty.

Defrauded by the CCP, congregations of state-approved churches are left with nowhere to worship after they agree to tear down their dilapidated buildings.

A County in Henan Launches 5-Star Rating for Churches

A new control measure imposed on the government-approved churches threatens to close down any religious venue that loses points for disobeying the regime.

Video: Three-Self Church Destroyed to the Ground in Minutes

Another government-approved Protestant church in Henan fell victim to the authorities’ religious persecution: it was reduced to ruins in just over ten minutes.

CCP is tightening the purse strings on Three-Self churches by forcing them to deposit their money, i.e., Christians’ tithes, into government-controlled bank accounts.

Authorities are coming up with absurd reasons for taking away Christians’ ability to worship and preach. The new one is the age of preachers.