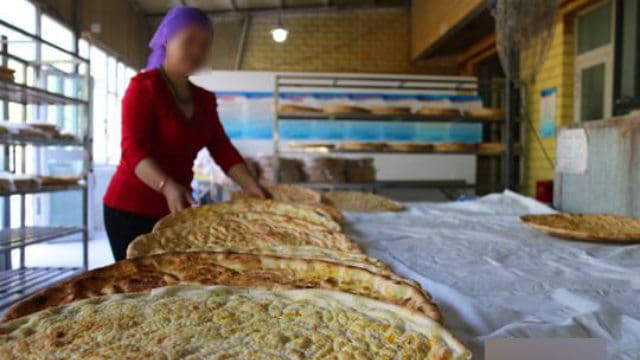 The Uyghur couple from Urumqi city in Xinjiang is one of the many undergoing untold miseries due to the state’s discriminatory policies against minorities.

Bitter Winter recently spoke to Gülistan (pseudonym), an Uyghur woman from Xinjiang who has to bear the severe burden of raising three children by herself. Her husband is currently under detention.

Gülistan is a naan-baker by profession. The naan is an oven-baked flatbread, which is a staple food in a traditional Uyghur household. The couple arrived in Urumqi city in 2010 and made their living selling lamb and naan bread.

Last year in July, her husband was arrested while he was visiting his hometown in Xinjiang’s Hotan prefecture. Along with 30 other Muslims, he was put in a “transformation through education” camp. It wasn’t until four months later that Gülistan was allowed to speak with him on the phone.

With him gone, the burden of managing work and home suddenly fell on her. In addition to daily living expenses, she also had to take care of the shop rent and school tuitions of their children, both of which total up to 8,500 RMB or 1,200 USD per year.

While being interviewed, Gülistan kept patting her neck and knees, and upon being asked about it, she revealed that she had developed a condition of arthritis last winter. Baking the naan bread requires one to stand for long hours, and to get by, she had to keep at work longer than usual. She shared that she has lost 13 kilograms of weight since last year due to stress and poor health.

During the interview, she also received a phone call from her husband. He had reached out to ask for winter clothes because he still did not know when he might be released. At the camp, he is being forced to learn how to make the naan bread and stuffed buns (baozi) even though he already knows it. Gülistan thinks this is the government’s way of justifying his prolonged detention.

“I wouldn’t dare to say that arresting him is wrong. Otherwise, I, too, will be locked up in a ‘study class,” Gülistan said wryly. Ever since his arrest, her life has been on lockdown as well. “Home-stay cadres” show up now and then to question about her daily activities and interactions with other people. She cannot leave town without seeking permission from these cadres. In the middle of extreme emotional and financial burden, she is also forced to attend flag-raising ceremonies every Monday.

Gülistan is one of the countless women in China’s Xinjiang where the CCP has put over a million Uyghurs in detention for no reason other than their religious faith. In doing so, the state has inflicted unimaginable emotional and psychological burden on women and children who have been left behind as a result.