Article based on direct reports from China, June 26, 2018 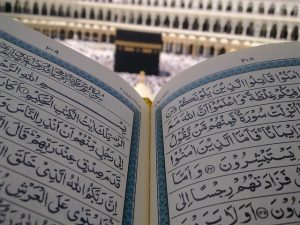 Since the beginning of 2018, Chinese authorities have been implementing the so-called “home-stay” program in Xinjiang Province – over a million Communist Party cadres, officials of state institutions, and employees of government-run organizations are sent to live with Muslim Uyghur minority families to indoctrinate them and to look for signs of religious extremism. Bitter Winter has talked to people who are forced to share their home with uninvited guests and a few of visiting officials.

This disturbing and pervasive program supposedly initiated “to maintain social stability and achieve lasting security,” is an expansion of earlier Chinese Communist Party (CCP) repression campaigns in Xinjiang, such as the “Becoming Family” initiative started in 2016. Then, over 100,000 officials conducted bimonthly visits to Turkic Muslim families in the southern district of Xinjiang. After two years, the number of officials sent to live with families has grown ten times.

Re-education camp for fasting during Ramadan

Remaiti, a young Muslim in the city of Hami, confessed that he was very scared: if he did or said something, that an official living with his family might interpret as “wrong,” he could be sent to a re-education camp. “The authorities assigned four officials to me and my wife – a different person comes to stay with us each week, so we have a stranger at our house every single day. When one leaves, the next arrives,” Remaiti explains the system of the “home-stay” program.

“It’s Ramadan now, so the officials are making sure that we would not fast: they make us have three meals a day. If we do not eat, the officials interpret it as a “problem with our ideology.” The CCP government is doing this to assimilate us, Uyghurs, and ban our faith. If I do not eat, they will take me to the camp! I don’t dare to speak my mind because I don’t know what they consider to be wrong.”

According to Remaiti, about seventy people in their township have already been sent to a re-education camp in the town of Xigebi. “Some people simply disappear without anyone knowing. I know this young mother with a two-month child who sent a text message to her mother on a mobile phone with some information that was considered bad and was sent to the camp. I do not want to get into any trouble, so I decided to cancel my mobile phone account,” says Remaiti. “My friends and I have to go to the neighborhood committee twice a day – one hour in the morning and one in the evening to be told not to fast during Ramadan.”

It’s not easy for the “guests,” too

Not only Party cadres and officials from state institutions are made to stay with Muslim families: school teachers are also among those who have to invade the privacy of strangers’ homes. Two teachers – Li Jing from Shihezi and Wang Fang from Kuitun – describe their experience of participation in the “stay-home” program.

Li Jing: “Party officials send the teachers in our school to live with Muslim families, ordering to pay special attention to children. We were told to immediately report any suspicious activities, for example, three or more people are making some authentic Muslim food. They could be arrested for this. The government has intensified the supervision of the people who are sent to live with families. During a meeting yesterday, we were informed that two section chiefs left their assigned households at three o’clock in the morning, which they were not supposed to do, and were suspended from their posts.”

Wang Fang: “Since the introduction of the “home-stay” program after the 19th National Party Congress, we were asked to work at school during the day and stay at homes of families assigned to us in the evening, spend the night there. We stay in one residence for ten days in a row and move to a different home, afterward. The authorities want to ensure that there are always “house guests” in each household at all times. We are told to lectures the residents in the evening and warn them not to voice any dissatisfaction or complaint about the CCP. We have to stress that they cannot have any religious beliefs, or ‘there will be hell to pay’ if they are caught. Our supervisors would call the houses every night to check if everyone is home. We are required to answer the phone in person. If we don’t comply, we will be let go without wages.”

At home – one night in six months

Local community committee ordered Muqin, a Muslim from Shihezi, “ to host” officials at least five days a month. The dean and teachers of her two daughters’ (11 and 8-year-old) school, like Li Jing and Wang Fan, were sent to live with Muslim families. Before going on a mission, local authorities demanded the teachers to read aloud the statement: “I only believe in the Chinese Communist Party and firmly follow the Party. I will absolutely not be a double-faced person and not believe in any religion.” The dean has five families assigned to him whom he visits on rotation; he stayed at his own home only one day in six months.

Muqin’s six siblings who had jobs in other places were forced to come back home, rent houses, and live with the assigned officials. One of her sisters’ families has suffered serious financial troubles because of the forced relocation back home. Muqin’s brother-in-law was told to return home and go to a re-education camp to fill out the necessary quota, which was lacking behind. He was promised to be released once the quota was fulfilled but was fooled – he was not allowed to return to his previous job, and the family who has a six-year-old child lost the only income. Muqin’s sister went to a recruiting unit to apply for a job, but her application was denied as soon as they learned that her husband had been sent to the re-education camp.

The interviewed people asked to stay anonymous, so pseudonyms are used instead.