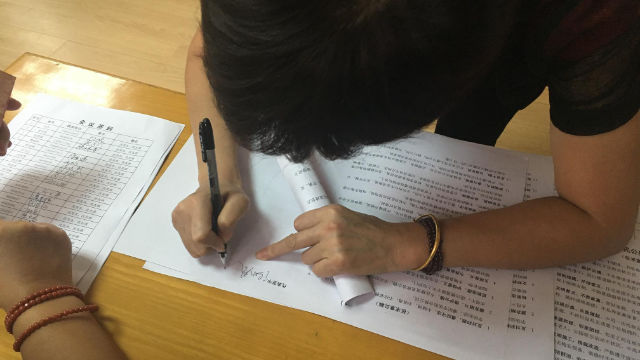 Continuing the pattern in China’s Northeast, believers arrested, forced to sign anti-religious pledges, for daring to meet in believer’s home.

On December 5, 2018, 13 elderly Christians (most of them nearly 80 years old) were holding a gathering as part of the Word of Life house church in Heilongjiang province in the northeast of China. They were gathered in the private residence of one of the believers in Shangzhi city. Local police raided the apartment and arrested the believers.

The city’s Public Security Bureau, National Security Brigade, and the United Front Work Department had jointly dispatched about 40 police officers and surrounded the meeting place. One officer claimed that they were going to capture major criminals. The police initiated a thorough search of the home. Bibles, hymnbooks, and sermon CDs were all confiscated.

Twelve elderly believers, plus the owner and host of the apartment Yang Peng (a pseudonym), were taken to the city’s Public Security Bureau and interrogated.

The ordeal undergone by these Christians from Shangzhi is just one more example of the ongoing persecution of house churches. During October and November, at least 15 house churches in Heilongjiang Province (including in the cities of Daqing, Suihua, Heihe, Zhaodong, and Yichun, as well as Daxing’anling prefecture) were shut down by the authorities. To gain control over house church members’ information and eliminate house churches, local authorities in each region are demanding that believers’ information is tabulated. House churches are also the targets of the nationwide campaign to “clean up gang crime and eliminate evil,” launched in January 2018. Promoted as an initiative against organized crime, it is yet one more of President Xi Jinping’s tools targeting religious groups and churches in China.

During the interrogation of worshipers from Shangzhi, all were forced to register their personal information. The 12 elderly attendees were also required to sign their names on a statement of guarantee that they will not attend gatherings at the church anymore.

Yang Peng, the host, was threatened by police. “If we find believers holding gatherings at your home again, you will be arrested and sentenced, and your property will be seized.” The police also forced Yang Peng to sign a guarantee not to host gatherings for believers in the future.

During the interrogation, police officers seemed to disregard the old age and health issues of the Christians and continued to press them for information about the church’s preacher.

That evening, the preacher was also summoned to the Public Security Bureau and forced to sign a statement guaranteeing that he will not organize any more gatherings for believers. He was detained for five days for the crime of “illegally organizing gatherings.”

The day after the raid on December 6, police released the 13 believers. However, later, on December 6, police summoned more than 30 believers from the church (including the 13 believers who had just been released) to the home of the village’s security director. The director demanded that all sign a guarantee that they will not attend gatherings again. They were also ordered to join the government-approved Protestant Three-Self Church, and their own church was closed.

One of the church’s workers said angrily, “In this dark China of today, drinking and seeking pleasure is okay. But [believing in God] and holding gatherings is not okay. This church was founded over 30 years ago, and there has never been any interruption in our gatherings. Now, the church has been shut down by the authorities. These believers will have no place to congregate in the future.”