To achieve Xi Jinping’s comprehensive poverty alleviation goal by 2020, local authorities in China are leaving the impoverished homeless and in debt.

Last week, the Chinese Communist Party’s official media outlets were singing praises to Xi Jinping’s achievements in poverty alleviation during the president’s trip to southwest China’s Chongqing Municipality to visit families that have been “lifted out of poverty.” In reality, however, to reduce the number of impoverished households, the Chinese authorities are taking very unconventional and often absurd measures, such as forcibly sealing off houses of the elderly poor, forcing them to live together with their children, and thus declaring that these impoverished households have been “lifted out of poverty.”

The consequences of such poverty alleviation are often dire, as in the case of a 72-year-old woman in Henan Province who committed suicide because she had nowhere to live after she had been “lifted out of poverty.” Many more cases received by Bitter Winter indicate that the CCP’s campaign-style poverty alleviation efforts are often tragic, or in less dramatic cases, have placed many impoverished households in a worse position than before. 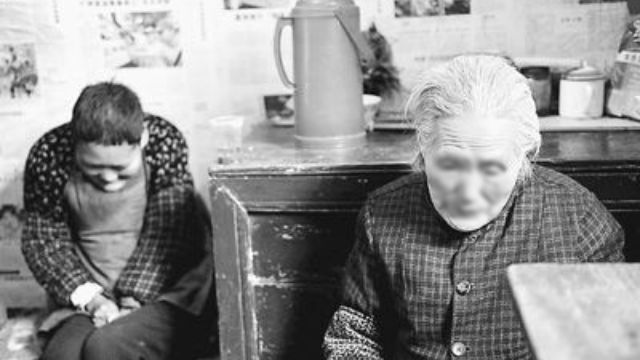 On February 21, 2019, the neighbors of a resident in her 90s from a village under the jurisdiction of Tanzhuang town in Shangshui county in Henan, found the woman dead in her small house. She did not die of natural causes: The old lady hung herself out of despair after a local government official ordered her to move out of her house to meet the area’s poverty alleviation quota.

According to the neighbors, the day before, the official visited her at home and said that the national poverty alleviation policy demands the seniors to live with their children. “In the coming days, superior government officials will be here for an inspection. You have to move out,” the official threatened.

“Where will I move?” asked the elderly lady, sobbing to the point of practically being unable to speak, but the official ignored her pleas. Her neighbors recalled that they heard her crying in the middle of that night.

The villagers told Bitter Winter that starting in November 2018, local government officials repeatedly pressured the elderly woman to move in with her son. After a conflict with him, she felt stifled and miserable and returned home after two days of staying at his home.

During the Spring Festival, the elderly lady stayed at her daughter’s house for a while, but her daughter had to go away for work and sent her mother home. That same day she was discovered by the official and committed suicide later that night.

Angered by the fate of the poor woman, some villagers wrote an anonymous complaint, but the government is yet to respond.

A local resident commented, “For the sake of ‘good performance,’ the government doesn’t even care about people’s life and death. Many more people will be driven to their deaths in the future!”

The villager’s concern is not unfounded. To cater to inspections by their superiors, on February 21 and 22 alone, the local government reportedly sealed off 25 houses of the elderly people who were designated as impoverished households. Some of the elderly have nowhere to go, so they secretly sneak into their homes at night to rest.

Even poorer after being “lifted out of poverty” 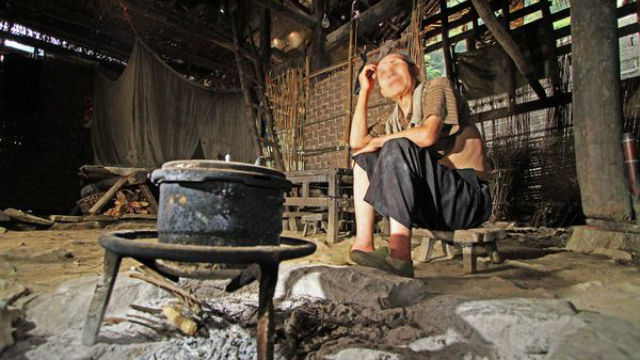 A peasant from northern China’s Hebei Province told Bitter Winter about her bitter ordeal of being “lifted out of poverty.” She requested anonymity out of fear that the government will retaliate against her.

Because her husband is sick and bedridden, and the couple’s son and daughter both have medical problems, the family has fallen heavily in debt. Endless medical expenses and high-interest loans have brought the woman to the verge of mental breakdown.

In 2016, their family was designated as an impoverished household, which gave her some hope. However, not only did the “poverty alleviation” policy fail to extricate them from poverty but even caused them to amass 30,000 RMB (about $4,300) more in debt. In deeper financial problems than ever, the couple decided to sell their blood to make ends meet.

According to the woman, to meet the standard of “having a house to live in,” as per the poverty alleviation task, the local government repeatedly pressed her family to leave their house cave and move into a new house. The reason given was that “superiors will be coming for an inspection.” But the new house didn’t even have doors or windows, and it was impossible for them to stay there. At the time, they had just spent 60,000 RMB (about $8,600) in medical expenses to treat her son’s illness, and the family was in desperate straits – even to the point of not having enough money to buy food. There was no way they could afford the vast sum required to renovate the new home.

She repeatedly applied to be reimbursed for some of the medical expenses. Not only did the government not repay them, but pressured the family to move into the new house as soon as possible. The couple had no choice but to borrow another 30,000 RMB (about $4,300) to renovate the new house.

Incurring new debts made the family’s situation even worse: Her ailing husband sold more blood without the knowledge of his family.

The woman recalled that she burst into tears upon learning that her husband had done that. She said, “We can’t even sustain our basic livelihood. The government is driving us to our deaths! I know that having blood drawn frequently is bad for health, but we really couldn’t survive!”

Asked about subsidies, the woman replied, hardly able to speak from sobbing: “I haven’t received a single penny of the subsidies listed on the card. At the time, I couldn’t afford the tuition for my daughter, so I applied for a student loan from the government, but they never processed it, and as a result, my daughter had to drop out of school.”

After moving into the new house, the village head went to see her again. He told her that when superior government officials come for inspections, she must say that their annual income is tens of thousands RMB and that the family receives government subsidies for their living expenses and her children’s education.