Parents of two children who died in school were prevented from finding the truth and were suppressed by the government in the name of “stability maintenance.” 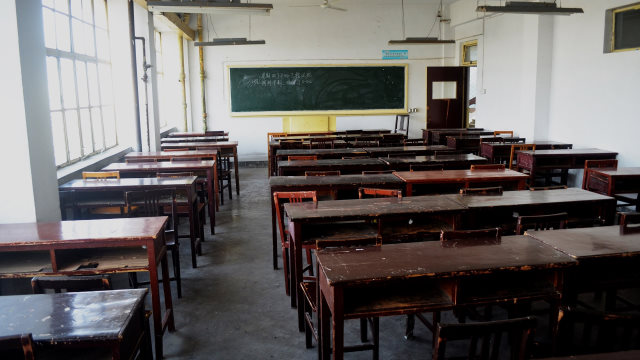 In China, where everyone is forced to obey the will of the tyrannical government, people who want to safeguard their legal rights are deemed as opposition, and their fight often ends with no answers. The two stories are yet more proof of that.

A mysterious death in school

In November 2018, a mother in southeast China was notified by her ten-year-old son’s school that he suddenly fell unconscious to the ground and was taken to the hospital. When the family rushed to the hospital, a doctor there told them that the boy passed away in school and was already dead when he was brought in.

The devastated parents couldn’t figure out why their healthy and lively child died so unexpectedly. Doubts started creeping in when they discovered large purple bruises on the boy’s thighs and back. The parents requested the school to show surveillance videos to find out the truth, but the administration said that “the surveillance cameras didn’t work.”

Parents of other children in the school gathered to support the grieving family. Since in China, where stability maintenance is valued more than human life and any group protest is treated as an anti-government activity, authorities started harassing immediately the families who came to support the parents of the dead boy. The local Public Security Bureau dispatched about 100 police officers to guard the entrance to the school, threatening to arrest anyone who “creates troubles.”

To prevent any information about the incident from spreading, the local government blocked the cellphones of those gathered to protest. While the school ordered all its teachers to write lies on WeChat that the dead child had heart problems and epilepsy, and committed suicide by jumping from a building. Students in the school were banned from speaking about their dead schoolmate under the threat of being expelled.

One of the students revealed to Bitter Winter that the bruises on the boy’s body were caused by a teacher who punished him by beating on November 15.

Seeking justice for their dead son, the boy’s parents have visited the municipal and provincial Bureau for Letters and Calls seven times, but no actions were taken. They then went to petition the central government in Beijing but were arrested and detained in May 2019, just as they left the office they visited. The parents were escorted home by their province’s representatives in Beijing and held for ten days. Officials said that petitioning the government may be treated as “opposing the state,” so they could be sentenced “to as many years as the government wished.” If they continued looking for the truth, they would be “disposed of in the name of ‘cleaning up gang crime and eliminating evil,’ and all their relatives would be arrested.” Not wanting to get the family into more trouble, the dead boy’s father signed a document, settling the case and promising never petition the government again.

In April 2019, a primary school student in the eastern province of Shandong died at school, and the school claimed the cause was heart failure. However, the girl’s family found the bruises behind her ears and on the forehead very suspicious.

The deceased girl’s family members went to the school looking for explanations but were met by nearly 100 police officers. The girl’s grandfather was beaten and injured, and six of her family members were arrested and detained for seven days.

When one of them asked why they were arrested, the police said that the government has ordered to detain anyone who creates troubles. “You will be arrested even if you have reasons to protest,” the officers warned.

The lawyer that the family hired to file a lawsuit could do nothing because the government shielded the school. Officials at the municipal Bureau for Letters and Calls told the family that the school was not guilty. When the family requested a medical examination on the girl’s body, the doctor said it was useless, because even if he did perform it, he could only write in the medical report what the government told him.

“This is a public school. The education bureau, the police station, the hospital, and the court are on the side of the school,” lamented one of the girl’s family members. “Before this incident, I didn’t realize the world is so evil. Human life is worthless in this world. We couldn’t even complain to any institution about the injustice.”

Only after the girl’s mother shared online about her daughter’s death, the school offered to sign a secret agreement and gave the family some financial compensation. The family continues to live with the unbearable grief, still not knowing what has caused the death of their ten-year-old daughter.