The surveillance of church members is increasing, as their every move is monitored and personal information analyzed for further suppression and control. 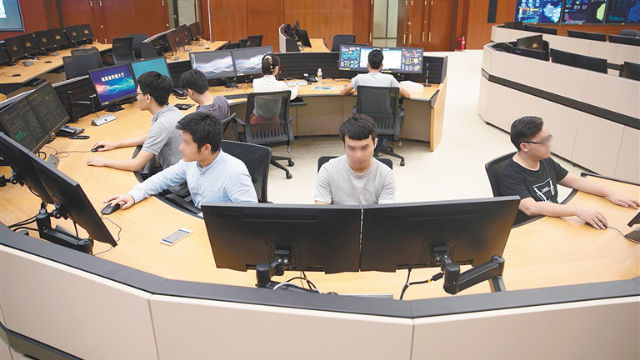 Last year, local governments across China launched the campaign to comprehensively register and investigate religious people, with databases of believers and religious venues springing up across the country. Comprehensive investigations into religious belief are being carried out in government institutions, the military, state-run enterprises, schools, and hospitals.

One such big data management system called “Religious Affairs Management and Service Platform” has been set up in central China’s Henan Province.

The Work Plan for Verification of the Religious Masses, issued by a city in Henan, confirms that data on religious people are being collected and compiled onto the information platform. The document calls to ascertain any changes among religious persons compared to the already collected data. Previously-omitted and newly-discovered believers are to be classified as either “newly-added persons who have formally joined a religion” or “persons who have not formally joined a religion.” After reviewers at the county and township level confirm the data, the information is entered into the information platform.

When verifying data, county-level officials compare information on the list of religious believers with their actual participation in religious activities. Based on the data collected by village officials, the names of persons who do not visit places of worship but are religious must also be entered into the platform. Those who have not participated in any religious activities for one year and who have been reported to no longer believe in religion should be transferred into a “database of persons to be screened,” but must still be scrutinized through unannounced visits to avoid misinformation.

For the “diverted religious masses,” i.e., people from meeting venues that have been shut down and who are not attending gatherings at a local Three-Self church, their movements must be ascertained and indicated in their file, conducting “verification and follow-up visits to prevent them from going underground.” As for persons whose circumstances are unclear, their status can be determined with the help of village officials, officers from the police station, or the rural health insurance system.

All follow-up and verification visits are kept strictly confidential. To ensure data security, each county and city must assign a data security officer to be in charge of unified data management. No data can be transmitted through public platforms such as WeChat or email, let alone published on public websites.

Some religious figures are worried that the establishment of such big-data platforms is conducive to further surveillance, restriction, and even suppression of religious believers.

A house church leader said, “As the CCP continues to suppress religion, many believers have gone underground. Some Three-Self preachers are also making such plans. But as soon as people stop attending Three-Self Church and break free from government control, they are put under constant investigation and questioning, officials visiting at any time. Unless you stop believing, you will be restricted and remain controlled by the government. This is a very terrible thing.”

A preacher from the Assembly, also known as the Local Church, sees the creation of such databases as very dangerous. “The CCP is turning people into data now. Once the situation gets unstable, it’s hard to say what kind of treatment Christians will be subjected to,” he said.

The preacher was arrested 20 years ago for religious activities and still remains on the government’s blacklist. “The police said that I would stay on the list as long as I’m alive. The government restricts my travels, as well as my bank account, health care, and social security. It is easy for them to do so. This has already happened to some religious movements, on which the government has focused its crackdowns, such as the Assembly, Born Again Movement, and The Church of Almighty God. Their situation today might be the plight of all Christians tomorrow.”