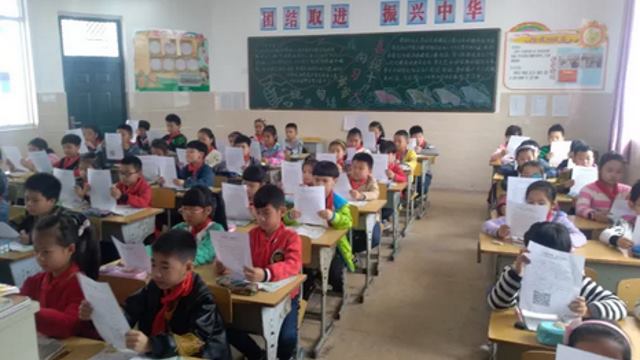 Authorities have launched a campaign in primary and secondary schools to investigate if children and their families are believers.

Pupils from religious families across China face persecution and can even be expelled from school if authorities determine that their families believe in God.

Son of a Christian from Fujian’s Zhangzhou city, Ms. Zhang (pseudonym), brought home from his kindergarten a notice encouraging parents to report on the religious faith of friends and relatives. A teacher at the school said that its leadership required all parents to sign it, or else their children would be forced to change schools.

Ms. Zhang refused to sign the notice, and within two weeks, the teacher sent several messages to her demanding to do so. During this period, Ms. Zhang’s son was reluctant to go to school. Only after a long conversation with their son, the parents learned that the real reason was that the teacher was reprimanding him because his mother refused to sign the notice. She scolded and made him stand in the corner numerous times, and he was not allowed to eat while other children had snacks; the school even refused to give out books to him as a form of punishment.

Ms. Zhang had to transfer her son to another school, but he is still traumatized by the incident and is often worried that the teacher will make him stand in the corner. Ms. Zhang says that if she encounters a similar situation at the new school, she doesn’t know how she would handle it.

According to reports, many schools now are sending similar notices and questionnaires to investigate religious beliefs. Some schools give assignments to write anti-religious essays.

A primary school in Heilongjiang’s Fujin city has adopted a different approach to investigating the religious beliefs of pupils’ families. Teachers there require children to come on stage and read aloud anti-religious propaganda texts. Reportedly, the school authorities employ this method to identify “suspicious behavior,” expecting that children from Christian families would be unwilling to recite the blasphemous content.