After numerous failed attempts to extradite Church of Almighty God asylum seekers from South Korea, authorities try their luck in other countries. 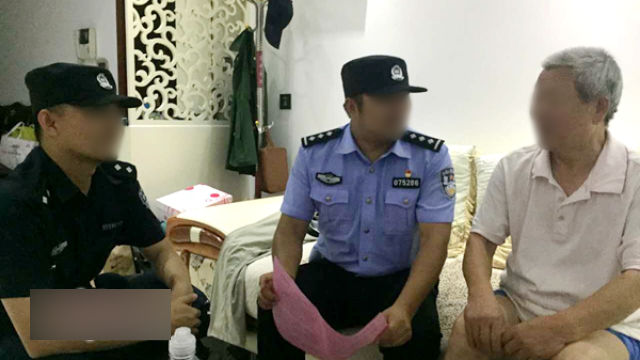 Facing ruthless oppression, often accompanied by torture and long-term imprisonment, some members of The Church of Almighty God (CAG) – the largest and most severely persecuted Chinese Christian new religious movement – are forced to flee for their lives and seek refuge in foreign countries. But they are not left in peace even abroad: Chinese authorities collect detailed information on them, use undercover agents, online propaganda to harass them in the countries they chose to flee to, while their families are monitored and persecuted at home.

In case of CAG members who have escaped to South Korea, the CCP has spared no effort staging false information campaigns in that country to thwart refugees’ asylum applications. On multiple occasions, the authorities have also recruited CAG believers’ relatives who live in China to participate in false demonstrations in Seoul, aimed at persuading their religious relatives to “return home.”

The latest such demonstrations, orchestrated by notorious South Korean bigot and pro-CCP activist, Ms. O Myung-ok, acting according to a script by China’s state security institutions, ended in disgrace on July 24. The CCP once again failed to have CAG members deported to China.

With no luck in South Korea, the CCP regime is looking for new possibilities to crack down on the CAG. During the summer, state security authorities were concocting new plans to exploit family bonds in attempting to deport and arrest CAG believers seeking refuge in other countries.

A state security official from a city in northern China tracked down the father of a CAG member who had fled to Germany and tried to coerce him into helping to bring his daughter back to China. The official revealed to the anxious father that Germany is a country where freedom of faith is respected, and there was no way that they could arrest his daughter and bring her home. “The only way is to take you there to urge her to return to China,” the official explained.

The official promised to cover all travel expenses because the Chinese government allocates special funds each year to organize family members of religious refugees to go abroad to “search for relatives.” This year – to Germany. He added that the State Security Bureau has undercover agents in Germany, and they know everything about CAG members who had fled abroad.

A relative of another CAG member told Bitter Winter a similar story. A local government official sought him out during the summer and promised to cover all his expenses if he cooperated with the government and agreed to go looking for his son who lives abroad. Confirming that The Church of Almighty God is the regime’s primary target in suppressing religions, the official promised to “bring his son back to China and reform him” if he went with them to the country where his son lives.

After repeated failed attempts in South Korea (no refugee has ever agreed to return to China) and the growing support to the cause of CAG asylum seekers from human rights organizations, why does the CCP continue exerting all its efforts to organize these “family search parties”? Many testimonies by CAG refugees and their relatives prove that the whole project is a hoax: Nobody is missing, and families would gladly continue living together or visit each other should they choose to live in different countries were it not for the suppressing religious policies in China, preventing believers from living freely and practicing their faith in their homeland.

It’s apparent that “family search” campaign is aimed at demonstrating to people in China, people of faith and dissidents first of all, that no one is allowed to disobey the CCP – be it at home or abroad; and to demonstrate to the top boss that his religion suppression policy is being implemented unhindered. In a confidential document, issued by a city government in the central province of Henan, that Bitter Winter exposed last year, municipal authorities pledge to crack down on The Church of Almighty God achieving the goal of “destroying its domestic foundation and crippling its influence abroad” during a year-long suppression campaign because President Xi Jinping “pays close attention” to the efforts in eliminating the CAG.

In this particular and many other documents, governments throughout China are encouraged to use all available channels of communication for propaganda campaigns against the CAG and mobilize society and family members of believers to “report information regarding the activities of The Church of Almighty God, and cooperate in developing criticism against them and their exposure.” As a result, banners and notices dedicated to the suppression of the CAG or offering rewards for reporting its members are omnipresent in every corner of the country.

Bitter Winter’s documentary, The Long Arm of the Dragon: Chinese Persecution of Refugees Fleeing Religious Persecution, demonstrates in detail how religious persecution in China generates refugees, and how the CCP attempts to prevent them from obtaining asylum in foreign countries. The movie also talks about CCP’s “fellow travelers” who cooperate with China’s intelligence and security services to return refugees home to China.

In reality, as soon as CAG members are deported, prison becomes their new home. Zhao Xueliang, extradited from Germany on August 31 last year, is one example. No one has heard from Ms. Zhao ever since she was taken back to Beijing.

Another CAG member, Ms. Wang Aixian, fled CCP’s persecution to seek asylum in Switzerland. In March 2017, she was deported to China after her asylum application had been rejected. On October 7 that year, the authorities arrested and sentenced her to three years in prison. She is still serving her sentence. Many more CAG members have also been arrested and detained, even brutally tortured after returning to China.

Bitter Winter has also received reports that relatives of some CAG believers who had fled to Japan have also been harassed and enticed by the CCP to go “searching for their relatives” in Japan.