The “2018 Annual Report on the Chinese Communist Government’s Persecution of The Church of Almighty God” has been published. The situation is worsening. 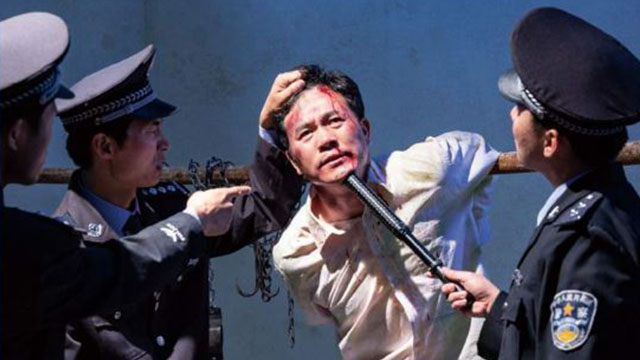 It is rather curious that a regime, which professes to be materialistic and secularist by choice, vocation, practice and conviction, at the same time pretends to decide what a religion is. Furthermore: to decide which are the “good” religions and the “bad” religions.

Really, there are no “good” religions for the CCP. Some of them, however, are judged by state atheism to be worse than others, and therefore repressed with greater ferocity and intensity. They are what the CCP conceives as “not truly religious religions.” And these “worse” religions, by importing from the West the ideological approach typical of anti-“cult” organizations, the CCP defines xie jiao. As everyone now knows all too well, this typically Chinese expression does not mean at all what the West, with derogatory intent, intends by “cult” (the Chinese expression, in itself ancient, means, in fact, “heterodox teachings”), but the CCP does everything in its power to overlap the two expressions, aiming at obtaining the complete disqualification of all the religious realities that it precisely defines xie jiao. After all, what is a xie jiao? Simply what the political power defines to be a xie jiao.

Success is their fault

Xie jiao are therefore the “bad” religions par excellence because, in the logic of the CCP, they are the “not truly religious religions.” For this reason, by acclaiming specious reasons of “public health,” the regime is particularly angry with them, aiming to eradicate them (these are the words of Xi Jinping) “like a tumor.” Just as a tumor has no rights, so even the members of groups that are mischievously labeled as xie jiao have no rights, in order to try to inoculate public opinion, first Chinese then international, with the idea that they are “cult,” that is to say “evil” groups by definition, which therefore do not deserve any compassion. The CCP can “justify” the totally wanton stubbornness and wickedness with which it persecutes members of the groups labeled as xie jiao only assuming that the members of the religious groups that it particularly targets are not, after all, truly human, but carriers of an intrinsically perverse mentality and ethics.

However camouflaged, the virulence of the repression against those groups has, after all, a very evident root. These are recently founded groups which, within a short time, sometimes even a very short time, have reached a large, occasionally enormous number of members. The false accusations, made against them on the basis of fake news, which describe them as troublemakers for the public order, can be explained only considering that those groups are the obvious denial of the ideological claim on which the Chinese regime is based, simply by existing and gathering a considerable number of members in a few years. In short, the CCP considers these groups to be seditious and subversive merely because they deny the atheistic premise on which the Chinese regime rests, as well as its fixed conviction that, being against nature, religion is doomed to extinction. The daily growth of the groups defined and persecuted as xie jiao, often even to the detriment of the mainline religions and churches, represents the daily defeat of the CCP. If the CCP were to tolerate those groups, then it would have to admit its own defeat. For this reason, it “cannot” tolerate them. As always, the alternative to surrendering to reality, admitting to being wrong, is violence: exactly the currency with which the CCP rewards religions that have the “guilt” of being successful. 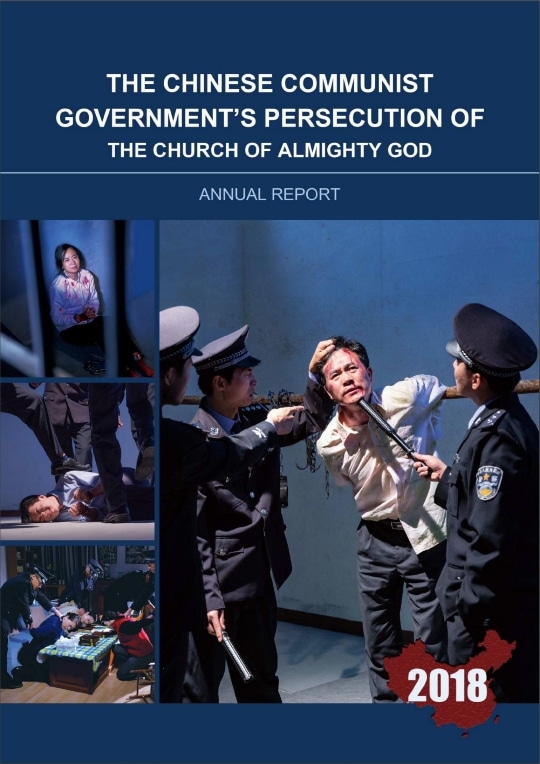 According to incomplete statistics, between 2011 and 2017, CAG (which was founded in 1991 and listed as a xie jiao in 1995 and ever since) has suffered the arrest of at least 400,000 of its members. It is well documented that 101 of CAG believers have died as a result of persecution since its establishment.

Some people object to what the report doesn’t hide, but, in fact, states openly and plainly: that the statistics are incomplete. This objection is weak, though, since the severity of the persecution prevents any exhaustive survey –and this means that what the report can ascertain is just a part of the horrible reality happening to CAG.

The first piece of news in the report is a staggering datum. The year 2018 has seen the situation escalating and worsening. Nearly 24,000 CAG members have been persecuted simply because of their religious beliefs and their engagement in normal activities like attending gatherings and preaching the Gospel. Also, at least 300 million RMB (about $45 million) has been unlawfully seized: The sum includes both church money and personal assets, and in most cases, properties and personal savings of a whole life were confiscated from people whose only crime was belonging to CAG.

In 30 provinces, autonomous regions, and municipalities in Mainland China, at least 12,000 CAG members have suffered harassment, including being forced to sign “statements of guarantee” through which the regime asks them to abandon and retract their faith and to promise to refrain from any involvement with the church in the future. Basically, this amounts to psychological warfare against believers. From the CCP’s point of view, fighting religion is a duty. But not even from this CCP’s point of view demoralizing believers is justified. In fact, people who sign “statements of guarantee” can always secretly go back to their faith. Thus, what the CCP wants to achieve through those statements is the humiliation of believers compelling them to be untruthful to their God and exposing their betrayal publicly. It is just one of the means used to accomplish “de-humanization” of CAG members.

Out of the nearly 24,000 CAG members who have suffered persecution in 2018, the new report on persecution counts at least 11,111 arrested. Among them, 6,757 have been held in detention either for short or long periods. 685 have been cruelly tortured in a variety of ways and have undergone forced indoctrination (another form of humiliation and “de-humanization” by way of the “need” to “re-humanize” them according to communist ideology). Moreover, 392 CAG members have been sentenced, half of them to 3 years in prison or more.

The climax has been reached in the case of Bao Shuguang and seven other CAG members from the Shandong Province, who were sentenced to 10-13 years in prison. This is spectacularly in line with the arbitrariness that a fake rule of law allows in China. Article 300 of the Chinese Criminal Code punishes people for the “crime” of participating and/or “using” a xie jiao with 3 to 7 years of imprisonment “or more.” This vague expression, “or more,” is, of course, the “legal” means through which authorities allow themselves to decide sentences at their choice, i.e., the legalization of illegality.

But arrests are not enough to satisfy the CCP. As the 2018 report states, at least 20 CAG members have died as a result of persecution. Among them, seven have died in such extrajudicial interrogation units as the transformation through education camps.

This deplorable situation has, of course, raised the concern of international human rights organizations, and the 2018 CAG report on persecution deals with them in a specific section. NGOs question the CCP regularly, and this is a worthy endeavor, even if the regime doesn’t seem to be willing to change its attitude.

Nonetheless, a few positive things emerge from the Report. Due to the CCP’s cruel suppression and persecution, more and more CAG members have to flee overseas and ask for refugee status. To get it is not an easy task, but countries like Canada and New Zealand show encouraging signs with asylum approval rates that reached 90% and 100% respectively. And on November 26, 2018, one of the Church’s high-ranking members, Zou Demei, who had fled to the US, received a favorable decision by the Board of Immigration Appeals and, thus, her case was granted reconsideration.