Experts convened in Brussels to discuss religious persecution and the aftermath of the Vatican-China deal of 2018, one year after it was signed. 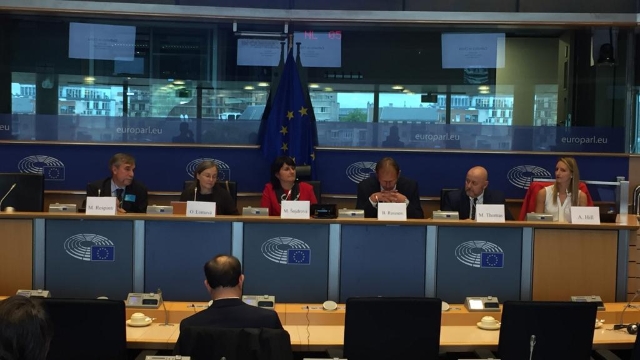 What is happening to the Catholic Church in China is so important that even non-Catholics, and in a secular institution like the European Parliament, pay close attention to it.

On September 25, the seminar Ecclesia Catholica in Sina took place in the very same room, JAN 6Q1, where, on January 31, 2019, the seminar Freedom of Religion in China had been held. The title of this new workshop was in the (old) Catholic language, Latin, and means, “The Catholic Church in China.” This was an appropriate title indeed, since one thing is to discuss the universal Church of Rome in its historical presence in China, while it would be very much different to speak of the “Chinese Catholic Church,” the expression used by CCP to indicate a “sinicized,” government-controlled Catholic entity in China.

Mr. Ruissen, who is a Protestant Christian, opened the workshop stressing that in China all religions are persecuted. Describing the predicament of Protestant house churches, he mentioned one piece of news he found particularly disturbing, the substitution of the Ten Commandments in a state-run Three-Self church in a county of Luoyang city, Henan, with quotes from President Xi Jinping. Mr. Ruissen acknowledged he had read about the incident in Bitter Winter.

Ms. Šojdrová chaired the panel discussion, and commented on the various speeches.

Prof. Lomová offered an in-depth description of the structure of Chinese power. In China, everything is both an agency and a strengthening tool for the power of the CCP. The Party functions as the very center of the state structure, in total command of every aspect of public life. She also gave an overview of the ideological background on which religious persecution takes place, emphasizing the solid Marxist-Leninist framework still connotating the Chinese regime.

Mr. Thomas, another Protestant Christian, took the floor expressing his concern for the Vatican-China deal of 2018. He believes the Vatican conceded too much to the Communist government in Beijing. Mr. Thomas also mentioned the persecution of all religions in China, including Islam, Tibetan Buddhism, traditional folk religions, and new religious movements. He emphasized the desperate situation of Uyghurs, detained in the millions in the transformation through education camps of Xinjiang, and of Falun Gong, whose practitioners have been decimated and subject to the horror of organ harvesting. Finally, he called for a different and more comprehensive media approach to religious persecution in China. 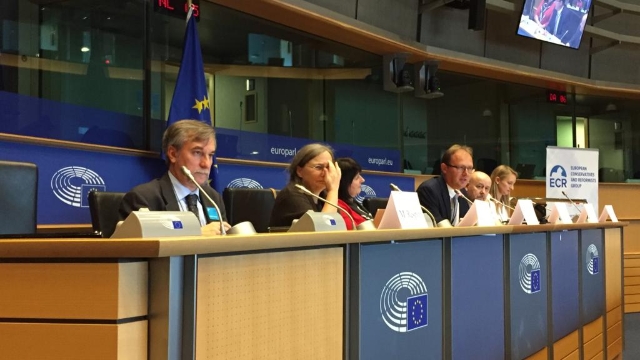 In turn, I illustrated the “three markets” of religion in China according to the categories of sociologist Yang Fenggang. He distinguished the “red market” of state-controlled groups, the “gray market” of groups more or less tolerated, and the ill-famed “black market,” including the groups banned and harshly persecuted as xie jiao. The Church of Almighty God, the largest and fastest-growing Christian new religious movement in China, is also the most severely repressed today. Its spectacular growth since it was founded in 1991 is a main reason for the persecution.

After this introduction, I focused on the Catholic Church and the effects of the Vatican-China deal, one year after it was signed. Building on the idea that the CCP sees God as its mortal enemy, I summarized both the importance and the ambiguity of the deal. The subsequent Vatican Guidelines of 2019 tried to clarify, with partial success only, that, contrary to what the CCP claims, the Vatican does not oblige all Catholics to enroll into the state-controlled Chinese Patriotic Catholic Association, and ask that the conscientious objectors who refuse to do so should be respected. Quoting Massimo Introvigne’s comments on Bitter Winter, I also noted the most dangerous aspect of this complicated question, namely the position expressed by pro-agreement Catholic intellectuals close to the Vatican, particularly in Italy, that the “Western” notion of human rights is foreign to Chinese culture and cannot be imposed to the CCP.

Ms. Hill focused on the Chinese government’s effort toward “sinicization” of all faiths. “Sinicization,” she noted, in fact means “Communistization” of every aspect of society, including religion. She then called for a practical approach. In her opinion, China should be deemed accountable for its human rights and religious liberty violations in all bilateral and multilateral meetings, including by EU. Ms. Hill also suggested that the EU should officially ask China to allow independent observers to visit the country, including those the CCP ironically calls “vocational facilities” in Xinjiang.

The second part of the seminar was opened to contributions and questions from the audience, including those by Czech MEP Mr. Alexandr Vondra (ECR) and his British colleague Mr. Phil Bennion (Renew Europe Group), the Taiwanese Representative to the European Union, Dr. Harry Tseng, and former German MEP Mr. Frank Schwalba-Hoth (Greens). Important comments on the topic of generalized persecution of all faiths in China were offered by Mr. Tseng and by Mr. Dolkun Isa, president of the World Uyghur Congress. He presented a moving tale of personal suffering and, as usual, made his affection for Bitter Winter publicly known.

A great input to the discussion was given by Mr. Schwalba-Hoth, who asked for appropriate symbolic public initiatives to call attention on the persecution, possibly including a monument to the victims and the naming of a public space after religious liberty in China. Finally, the hosting MEPs announced their intention to continue focusing on religious persecution in China through other intergroup initiatives.

The event demonstrated that, in dealing with religious persecution in China today, it would be wrong to single out the fate of just one church or group. Of course, there are aspects of the persecution that are peculiar to single groups. However, the larger context is always important. It may be appropriate, given the seminar’s focus on Roman Catholicism, to evoke Pope Francis’s formula of the “ecumenism of blood,” by which he means that believers of different faiths, while disagreeing about theology, are united by persecution and can protest against it together. Of this “ecumenism of blood,” China is a macroscopic example.