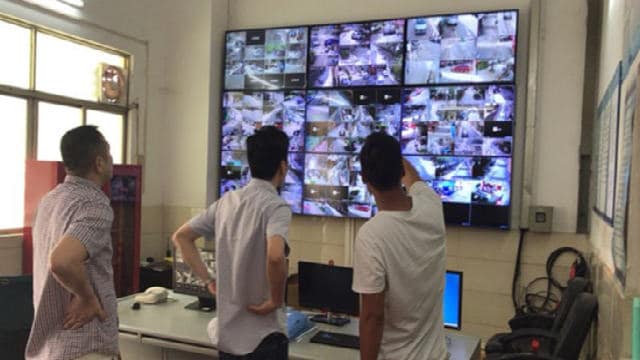 Once members of The Church of Almighty God have been arrested, they are subjected to long-term monitoring, and they are also being denied fundamental human rights.

Believers who subscribe to The Church of Almighty God (CAG), a Chinese Christian new religious movement, have faced persecution since 1995, but in the past year, authorities have intensified their crackdown even further.

We spoke to several such people in Xinjiang. All names used here are pseudonyms.

By the first week of July, Ms. Xiaomei, a Fukang city resident, noticed multiple surveillance cameras being installed in her neighborhood. A camera was mounted at the road intersection that led to her house. Additionally, a security gate was put up at the main entrance of the residential community. Visitors were required to swipe their ID cards while entering and leaving at the gate.

Weeks later, after a friend visited Ms. Xiaomei, police officers showed up at her door. They wanted to know if her friend was a CAG believer. A couple of days later, community personnel asked her husband the same question. Ms. Xiaomei and her home remain under constant surveillance even now.

For others, the surveillance gets in the way of their daily lives. For Zhang Jian, who lives in Shihezi city, he was asked to step out of line for interrogation while he was visiting a tourist attraction in Beijing.

Mr. Zhang was traveling to the city along with his colleagues. When he swiped his ID card at the security gate of the tourist venue, the computer displayed the words, “Please Wait.” Other visitors were allowed to go inside without a problem.

Soon after, he was taken to a security booth where officers from Beijing’s National Security department asked him about his religious belief. After an hour of interrogation and registering his contact details, he was finally let go.

Mr. Zhang was previously arrested in 2004 for believing in God, and his ID was in government records. Because of that, no matter where he goes, whenever he uses his ID, he is monitored. He says, “In China, as someone who believes in God, I feel persecuted and discriminated against wherever I go. I have no personal freedom at all. It’s like being in an iron cage. I feel extremely suffocated.”

Things can get worse still as they did for Liu Jia. The police confiscated her ID and prohibited her from leaving her city. To get out of this situation, Ms. Liu changed her residential address. However, the officers found her again and ordered her to report to the station every day. They said, “Believers are under lifetime surveillance. Don’t think about having freedom again. The government’s slogan for people like you who believe in God is: ‘Be strict, be ruthless.’”

In the case of Hong Li, she was denied a place to live. Currently, a resident of Xinjiang’s Altay Prefecture, one afternoon in March, Ms. Hong’s landlady came up to her with a look of helplessness. She said, “People from the community came and said that you believe in God. They have been monitoring you for half a year already. They won’t let us rent the apartment to you. You must move out by tomorrow morning. If you don’t, they will arrest my husband. We don’t have any choice.”

Not wanting to make things difficult for her, Ms. Hong had to leave the apartment the next day.