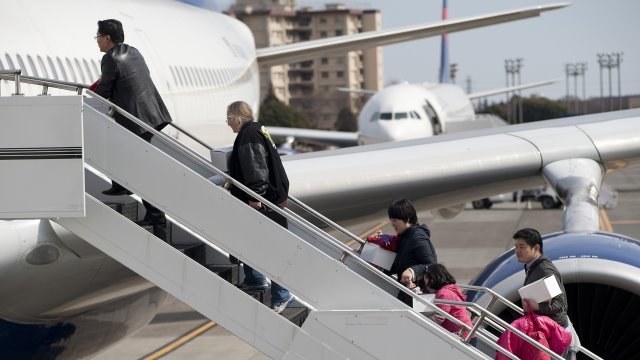 Officials in Shanghai have targeted repeatedly a church, established by a Filipino national, seeking to dismantle it.

Pastor Li Enzhi, a Filipino national, set up the Shanghai Bo’ai International House Church in 1997. He started with a dozen members, and the church gradually expanded to over 10,000 believers.

Last year in May, more than 100 believers were gathered inside a conference room in Shanghai’s Pudong New Area when 30 police officers stormed inside. They declared that it was an “illegal gathering” and forced everyone to register their IDs and cellphone numbers. When one believer accused the officers of violating their human rights, he was beaten up before being taken away in a police car.

Pastor Li was taken to a police station for interrogation but was released the same day. However, he was arrested a few days later and deported back to the Philippines. He has been prohibited from visiting China for five years. His wife is a Chinese national, and the couple has two young children. The three of them are forbidden from leaving China, and so now, the family must live in two separate countries until 2022.

The church had planned to hold a mission meeting in Mainland China. But after Pastor Li’s deportation, the venue was shifted to Hong Kong. However, the authorities found out about that and raided Pastor Li’s home in China. They confiscated passports and other important documents of more than a dozen church workers that Pastor Li had hidden at his home for safeguarding. Believers whose documents were seized were prohibited from leaving the country for the next six months.

The church was raided again in May this year. More than 200 believers were preparing to gather in a meeting place in the Pudong New Area of Shanghai when 50 police officers showed up. Again, everyone present was forced to register his or her details. This time, two Indonesian pastors were deported within 24 hours on the grounds that “foreigners are prohibited from giving sermons in China.”

The police had raided the church in September last year as well. Due to repeated harassment, the number of believers has halved at the church. The police also seized the books and other study material from the Bo’ai Seminary.