The staggering case of Dr. Gulshan Abbas – professional, innocent, detained – as recounted exclusively for us by her daughter. When will this martyrdom end?

Editor’s note. At least one million Muslim Uyghurs are detained in transformation through education camps in Xinjiang just because they are believers and belong to an ethnic minority. One of these all too many people is Dr. Gulshan Abbas who suddenly disappeared most probably because of her sister Rushan Abbas’ quite willing activism in the field of human rights for their people. In the regime’s rhetoric, this concentration camp system is made up of schools for professional training to overcome what the CCP considers the backwardness typical of the region and its people. But surely a person like Dr. Abbas, a skilled retired professional medical doctor, doesn’t need any start-up…

Now one of her daughters, Ziba Murat, has decided to speak out. Gently, quietly, nonetheless firmly. Ziba was born in Xinjiang and came to the United States in the summer of 2005. She spent her youth in Urumqi, the region’s capital, and went to high school there. In the US, she graduated from the Virginia Commonwealth University in Richmond, Va., and now lives in Tampa, Florida, working as a corporate pricing analyst. She has written a few lines on her mother’s case, wanting to help raise awareness of what Uyghurs are facing. Today is Mother’s Day in the US, most European countries, Japan, Australia and elsewhere. Ziba hopes that next years on this day, her mom Gulshan will celebrate with her family safely at home. We hope that too for Dr. Gulshan and all the Uyghurs and other people unlawfully detained in China. This is why we publish Ziba’s message.

Leaving my family and my hometown Urumqi, Xinjiang, 14 years ago to come to the United States has never been easy, but yet – I did. I left with a heavy heart, hoping one day to bring my parents here to have them enjoy the rest of their life worry-free. It never crossed my mind that I would sit here, helplessly seeking information about my mother, Dr. Gulshan Abbas, who disappeared in China’s so-called transformation through education camps.

Once she came to visit us here in the United States. I still remember vividly the day I watched her going through the security at the Ronald Reagan national airport in summer 2016. We begged her to stay and to not go back, but she was stubborn. The reason why she insisted to go back was her elderly aunt, who had come to the United States with her. She said: “I have to take her back, it’s a long trip.” When she had passed the security, she turned back and waved. All of the sudden I had this very dark, uneasy feeling in my stomach. I prayed that she will be safe and hoped we will see her soon.

My mom is a retired medical doctor. She retired early because of health reasons. Her sister, Rushan Abbas, always says “usually, when someone talks to you, we acknowledge by nodding our head or by replying to that person, but when someone talks to your mom, she just smiles. She is a caring soul, without an ounce of malice in her being.” I remember when I was a child, I always found her getting up very early in the morning, ready to leave. When I asked her where she was going, I got the same answer 90% of the times. It was either someone arrived from Artux, Kashkar or one of the other rural cities of Xinjiang needing medical attention and she had to take them to the hospital, or these people needed her because they didn’t know how to speak Mandarin. My grandma (may Allah rest her soul) always complained (my mom calls it “tatliq aghrinish,” meaning “sweet complaints”) because mom never took care of herself, putting the care of others first. I saw it with my own eyes several times: the individuals she helped would sit there and sob because they were so happy. She always told my sister and me: “Respect others, try your best to do good for others.”

This is Dr. Gulshan Abbas, an ethnic Uyghur, a compassionate, amiable person who made helping others an important part of her life.

So why this gentle, well-educated, law-abiding, ordinary citizen who is living a simple life, ended up in a Chinese concentration camp for “re-education”? Her personality and her social life don’t embody what the Chinese government describes as its target for these centers. Her only crime is “guilt by association.” Chinese government reached their hand to my mom to silence my aunt, Rushan Abbas, a US citizen, who has been actively speaking out about what’s happening to my people back home.

We lost contact with my mom since September 11, 2018. It’s been over seven months. No news whatsoever. We don’t know where she is or anything about her condition. My sister had her second baby two weeks after mom was taken, and my mom doesn’t even know she has another grandchild. We never thought we would raise our kids without my mom being part of it.

She went back despite us desperately begging her to stay because she believed in her government, because she has nothing to hide or fear. But she never thought they would lock her up to for “education.”

I waited this long before I was finally able to come forward to publicly seek information about mom because I fear more retaliation against her and other family members back home. I was also in the hopes that she may return soon from wherever she is. Now I am scared to death that I will lose her, the thought of this makes me shudder and breathless. Sometimes I break down, feel helpless. I struggle every day to stay sane and try not to hit rock bottom. All I want is to see her again, want her to join us and her grandkids at the dinner table and laugh with us again. I often ask myself “will we ever be able to recover from this trauma, emotional torture?” I pray that we will.

This is just the tip of an iceberg. My mom is only one among millions of Uyghurs who are held in these camps. Uyghur identity is being targeted; our culture is being destroyed. My community in diaspora is shattered. Despite our continuous plead, the world is turning their back on us. They are witnessing one ethnicity is being wiped off and doing nothing.

I then plea to the world on this Mother’s Day: please, don’t let the Uyghurs down and find our mothers. 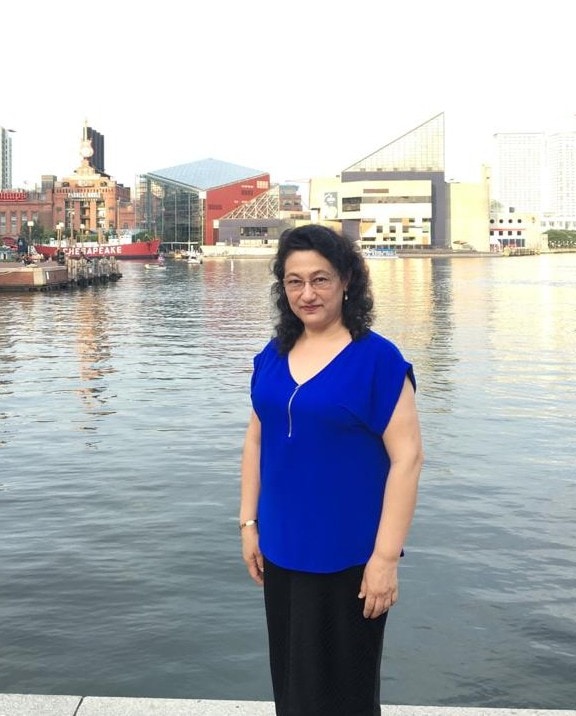