A 19-year-old woman was arrested and brutally abused because of her faith. She talks about her painful ordeal at the hands of the Chinese government. 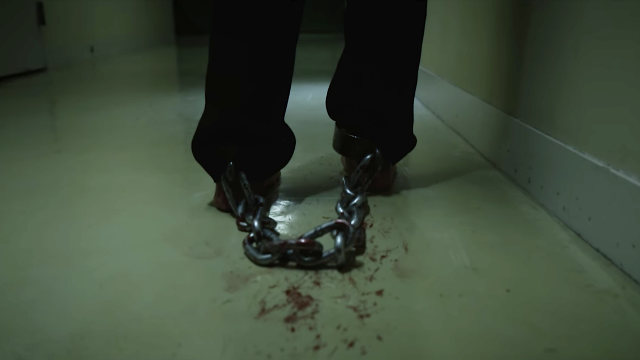 My name is Lu Chunyan, a pseudonym, of course, out of concerns for my safety. I’m from Taizhou city in Jiangsu, a coastal province north of Shanghai, and I am a member of The Church of Almighty God. At the time of my arrest, on November 22, 2017, I was 19 years old, and my three sisters and I were about to go to bed when we heard the sound of someone kicking the door downstairs. Moments later, six police officers rushed in and looted everything, taking our computers, hard disk drives, and other items.

The police then took us to a hotel for a secret interrogation, which they said was a study class of the Office 610. That night, I was forced to remain in a standing position as punishment and wasn’t allowed to sleep.

The next morning, the police started questioning me about my home address and my duties at the church, which I didn’t answer. One police officer threatened me, saying, “This study class is specially prepared for you. We can keep you locked up for several months or even a year. If you don’t talk now, you’ll talk later. We have plenty of time!”

And then they left me to think it out while I continued to stand as punishment. By November 26, I hadn’t sat down at all – a total of three painful days and four nights. My feet hurt badly from standing, and I developed blood clots on my feet. Whenever I pressed the clots, there was an unbearable piercing pain. My nose bled a lot, too. Gradually, I started to have hallucinations. Everything I looked at appeared to be overlapping.

On the afternoon of November 26, one police officer told me to tell him the password for the hard disk drive on which the information concerning the church’s work was stored. I didn’t tell him. He forcefully squeezed the temples on either side of my head and viciously slapped me in the face. He grabbed my hair and yanked it in every direction. After 10 or 20 minutes, I don’t quite recall, my scalp ached from him pulling so hard. He had a handful of my hair in his fist.

When I still refused to say anything, he slapped me repeatedly in the face – again. He hit me so hard that I got dizzy and started bleeding at the corners of my mouth. My face became swollen.

As a result of being forced to keep standing for a prolonged period of time, my feet became swollen, like big steamed buns. My lower legs became so swollen that they were as thick as my thighs. The skin on my ankles became necrotic and turned black. One police officer threatened me, saying, “If you don’t talk, then you have to keep standing, and your legs will be ruined!”

By the second week of December, I still hadn’t given the police any information on the church so, like beasts, they dragged me into the bathroom four times. Every time, they held my head down in the water; they did this repeatedly for several minutes. The water was cold and bone-chilling; it got into my nose, and I choked. I felt like death was just around the corner. One time, after the police officer submerged my face in the water, he said, “If you still don’t talk, I’ll shove your head in the toilet and cover the lid. I’ll press down hard and flush the toilet. Perhaps your head will be likely to snap!” I was so scared that I cried, but the police officer still wouldn’t let me off. He dragged me to the edge of the toilet and kicked me extremely hard in the back of my knees so that I knelt on the ground and then he tried to shove my head in the toilet.

All I could do was call out to God in my heart.

I braced my body with all my might so he couldn’t push me down. The officer tried to press my head down for a while, but I fought back hard, and he gave up.

The dual torment of my flesh and spirit by these evil police officers made me feel like I was on the verge of a nervous breakdown. I was worried I couldn’t endure the torture and would betray my church. I tried to commit suicide by biting my tongue and cutting my veins, but I didn’t die thanks to God’s protection. The words of Almighty God propped me up in my heart so I could survive, and so that I can be God’s witness.

After being detained and interrogated at the hotel for a month, I was taken to Taizhou City Detention House. As soon as I arrived, a female police officer ordered me to take off my pants and then photographed me to humiliate me.

On June 13, 2018, the other three Christians who were arrested alongside me and I were taken to court for trial. At the time, all four of us were handcuffed and shackled. When going up the stairs, the sharp edges of the shackles chafed my feet, and my skin became broken from the abrasion. Every time I took a step, it was excruciatingly painful. Two months later, on August 13, the court sentenced me to nine months in prison on suspicion of “using a xie jiao organization to undermine law enforcement.”

In the months after I returned home from the detention house, the Chinese Communist Party (CCP) continued to keep me under close surveillance. Regardless of where I go, there are always people following me. No matter where I put my bicycle, there is always a “bodyguard” watching over it.

Being tortured by the police caused me to develop chronic physical complications. Even today, as soon as my body is cold or exposed to the wind, my calves ache. My gums always feel swollen and painful; my lower jaw is sore and uncomfortable.

My experience is only a microcosm of the CCP’s persecution of Christians. More prisoners of conscience have been incarcerated for their beliefs and are still being tormented and tortured. In this country, where the CCP is in power, Christians’ road of faith in God is extraordinarily difficult.