Seven years ago, a 23-year-old man was imprisoned for being a member of The Church of Almighty God. He continues to be persecuted after his release from custody. 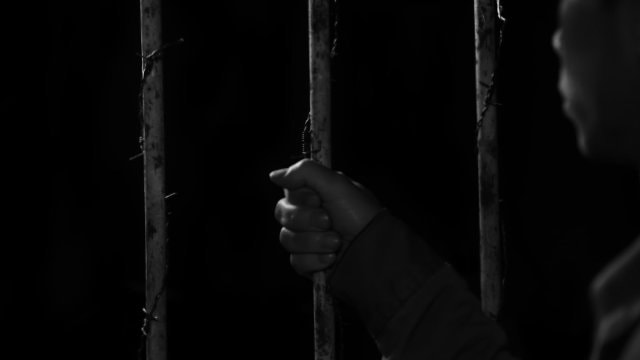 In China’s prisons, guards employ inmates known for their violence to bully and control prisoners of conscience, dissidents. They are regularly subjected to severe beatings and abuse, resulting in the deaths or crippling of many of them. After a member of The Church of Almighty God was arrested and imprisoned seven years ago, he was beaten and abused by other prisoners, causing him to lose sight in his left eye. To avoid further persecutions, he went into long-term hiding after his release from custody. The life on the run has turned the young man – he recently turned 30 –into a tired elder.

He recounts his tragic ordeal of long-term persecution by the CCP to Bitter Winter:

On December 19, 2012, more than 30 CAG members, including myself, were arrested while sharing the gospel. We were dragged to a police station.

In the interrogation room, two police officers fastened me to a torture device called “tiger bench.” One of them viciously kicked me three times in my chest, while pressuring me to give up information about the Church. Because I said nothing, he threatened me: “All the torture instruments in this room are for dealing with prisoners on death row. I don’t know how many leather belts have been broken by beatings. Tell us everything you know. If you don’t, we’ll beat you to death –you deserve to be killed!” He then grabbed my hair and slapped me in the face. I suddenly felt hot pain in my face, which immediately became swollen. They were unable to extract any information from me. That evening, they sent me to a detention house.

After the guard escorted me to a prison cell, he hinted at other inmates to torture me. The prisoners threatened to “teach me a lesson tomorrow.” Not knowing what was to happen, I felt agitated.

The next day, one prisoner deliberately picked a quarrel with me and used the opportunity to hit me in my left eye viciously – I felt unbearable pain, and blood started running down my cheek. I cried in agony, but no one cared. There were definitely surveillance cameras in the prison cell, but the guard didn’t ask or do anything about it and instead allowed prisoners to use violence against me. I soon became feverish and felt a splitting headache. My left eye bled continuously, accompanied by a discharge of pus, but the guard wasn’t the least bit concerned and continued forcing me to work, grinding toxic tinfoil.

By the fifth day, my eye swelled to the size of an egg and was intolerably painful. Only then did the guard put me in handcuffs and leg shackles and took me to the hospital to be examined. The doctor said that there was internal bleeding in the bottom of my left eye and that I would never be able to see with it. If I didn’t receive prompt treatment, I would go blind in my right eye, too. The doctor asked to treat me at the hospital, but the guard refused.

I was forcibly taken back to the detention house. Afterward, my fever and headache became severe. But the guard still forced me to stand guard at night and taunted me, saying, “Now, your eyes are more beautiful than before. Hurry up and get to work. You can’t eat and stay here for free.”

The guards finally acknowledged that my eye was deteriorating and that I really couldn’t work. I was released from prison. Before leaving, one of the guards warned me: “You’re not allowed to tell anyone what happened here. If you say anything, we’ll arrest you and bring you back, and we won’t let you off.”

After returning home, I underwent two months of treatment for my eyes, but since I missed the optimal time for treatment, I have lost vision in my left eye forever. I didn’t dare to look in a mirror or to go out. Whenever I did leave the house, I used to put on glasses to cover up my defect. I was afraid that my eye would become more and more shriveled and ultimately become completely sunken in. All I could do was prop open my eye every day, hoping that it wouldn’t collapse. The damage sustained to my eye caused me to live with a sense of inferiority. Coupled with the fact that the vision in my right eye also became severely degraded, both my work and life have been seriously affected. A few times, I felt totally hopeless. I didn’t know when I would become completely blind.

My parents were extremely sad. I often saw them crying, which made me miserable, too. “If there is still any hope to treat your eyes, even if I have to gouge out my own eyes to give you, I’m willing to do that,” my mother said sadly once.

Despite being persecuted by the CCP nearly to the point of losing my vision, the authorities still wouldn’t let me go; they were still pursuing me relentlessly. In June 2013, the police came to my home twice to harass me. They questioned me about whether I was still a believer and threatened to arrest me if I continued with my faith.

One year later, the police once again broke into my home to arrest me. Fortunately, we had fled before. To escape persecution, my family was forced to embark on a life in exile. Later, I learned that the police had issued a warrant for our arrest. They often come to my home to investigate, hoping to track us down. To this day, we do not dare to return home.

The Church of Almighty God is the largest Christian new religious movement in China. It has been included in the list of the xie jiao since 1995 and is severely persecuted because of its rapid growth, which the CCP treats as a threat to its regime.