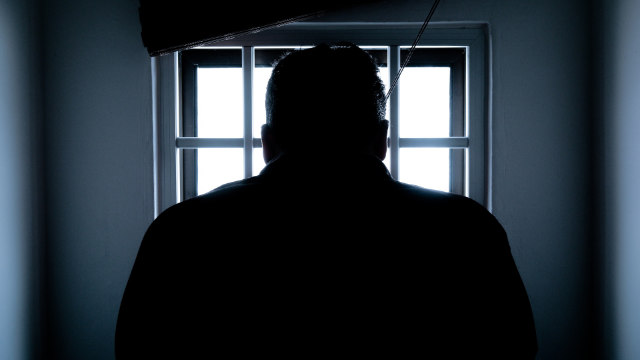 Xinjiang authorities are forcing Muslim men to get rid of traditional attributes or face “transformation through education” camps.

Ever since the Deradicalization Regulations in Xinjiang Uyghur Autonomous Region came into force, the authorities have been cracking down on any “expressions and behaviors that are influenced by extremism.” Adopted at the 28th meeting of the Standing Committee of the Twelfth People’s Congress of the region on March 29, 2017, the regulations were amended on October 9, 2018 and now allow for even harsher punishment for “extremist activities.”

As per the regulations, “spreading religious fanaticism through irregular beards” is strictly prohibited, and the Xinjiang authorities are implementing the ban by forcing Muslim men to shave their beards or face detainment in the “transformation through education” camps. Bitter Winter received multiple accounts about the persecution of Uyghur and Hui men because of this ban.

In July 2018, four police officers came into the home of 82-year-old Hashim for no apparent reason, to “investigate a situation,” they said. The officers did not stay long, but they took notice of Hashim’s beard. A few days later, he was summoned to the local community center, but he never returned home. As it turned out, he was taken to a “transformation through education camp.” The family later learned that the reason for the detainment was his beard.

According to a family member, Hashim is in poor health and had to undergo emergency treatment in the camp after suffering a recurrence of cerebral infarction. “We are apprehensive about his well-being; he is so old and frail,” he said.

The relative recalls the time when the family went to visit Hashim at the camp. The old man was weeping incessantly and was unable to utter a word. His daughter did not know how to console her father, and they just looked at each other, unable to speak. Camp guards are present during each visit, listening on to conversations, so family members barely say a few words.

Hashim’s wife suffers from multiple ailments and is unable to take care of herself after Hashim has been taken away. Worrying about her husband makes her health deteriorate even further. “Every day, I hope that my husband will come home soon,” she said with a sad look on her face.

Ma Xuemin, a Hui man, was reading the Quran with his son when police broke into his home. The officers confiscated the family’s religious books and took Ma Xuemin’s son to the county’s transformation through education camp.

The next day, police officers returned and forcibly shaved off Ma Xuemin’s beard. They later took him to a Han restaurant where he was forced to eat traditional regional Chinese cuisine. For a devout Muslim, this experience was hard to take in, so Ma Xuemin fell ill, and had to be hospitalized two days later.

To further humiliate the family, Ma Xuemin’s son was escorted from the “transformation through education camp” to take part at a flag-raising ceremony in the village, where he was forced to read aloud the allegiance to the Communist Party, say blasphemies against Allah, and publicly renounce his faith.

In early July, the government of Manas county in Xinjiang’s Changji prefecture issued an official notice to its Muslim residents, requiring them to shave off their beards within two days after they received the order. Those who refused were threatened to be locked up in transformation through education camps.

Bai Jianmin (pseudonym), a Muslim resident in Manas county in his seventies, did as ordered and shaved his beard, which he had maintained for decades. Soon after, his son and daughter-in-law were arrested and locked up in a transformation through education camp for their faith. According to his daughter, Bai has not been himself since; he is depressed, he barely ate and spent his time in bed for days after the arrest of his son.

(All names are pseudonyms).