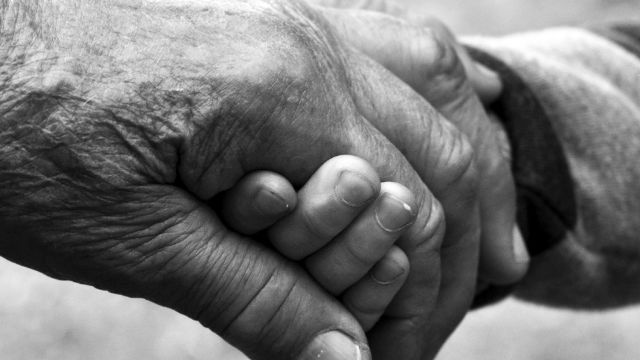 It is not only the detainees who suffer. Aged parents and young children are left alone. This is the story of one grandmother struggling to protect her family.

One million Muslims are being detained by the Chinese Communist Party (CCP) in transformation through education camps, leaving behind grieving and desperate families. The plight of an elderly Hui woman in Xinjiang illustrates the suffering experienced by many.

“You are a bad grandmother!” the young boy said. “Grandmother is a liar. You said I could see my father. Why won’t you let us see our father?”

Helplessly, the grandmother replied, “It isn’t me who doesn’t want you to see him. If I were in charge, I would let your father come home.”

This conversation with her grandchildren is what the elderly Hui woman remembers most about her trip to visit her son at a transformation through education camp a few months ago. She tells the story to Bitter Winter inside her cold home, where the stove has not been lit.

The elderly woman had gone to the camp to bring her son some clothes. She took her two grandsons to see their father, but the staff would not allow the children to enter. After meeting with her son briefly and saying only a few words, the staff ordered her to leave. After coming out, she walked along the streets with the children. Having been unable to see their father, the children cried and complained that their grandmother didn’t keep her promise.

In April of last year, the children’s father was summoned to the police station for the “offense” of entering a mosque and praying. He was detained in a local “study class” and has not returned home since. His wife had divorced and left him before his arrest, so after he was arrested, there was no one to take care of their two children. Now, the grandmother and the children depend on each other for survival.

The elderly woman fought back tears as she continued to tell her story. “I miss my son every day. I miss him so much that it’s almost making me insane. I feel so sorry for him. Whenever I think of him, I start crying. When I saw my son in the study class, I did not cry. I felt sad in my heart, but I still had to keep a smile on my face. If I cried, it would put pressure on my son, and the supervisors would extend his [detention] term.”

Then, the younger grandson interjected, “The last time I saw my father, he looked very thin.”

With a heightened vigilance borne of her suffering, the woman advised the grandson, “If he is thin, then so be it. Don’t say anything else. If you speak nonsense again, the police will arrest you.”

The grandmother has suffered from strokes and heart attacks, leaving her unable to work and earn money. After her son was arrested, the family’s source of income was lost. Their savings are almost used up. She doesn’t know how they will make ends meet in the future.

“As for our life today, we have to take it one day at a time. Usually, my grandsons and I have barely enough to eat. A few days ago, the butcher gave us some chicken heads, tails, and livers. I made a meal and gave it to the children to relieve their hunger,” the elderly woman continued. “Both children need to attend school. The teacher came and asked for 250 RMB (about $37) for tuition and school uniforms. But I didn’t have this money. I’m in ailing health, and I need to take medication to stay alive. We will have to owe [the tuition money] for now. I’m worried about my illness. If I felt better, I could go and beg for money and food…” she said, starting to cry again.

After a while, the elderly woman said, “For now, we just have to make do. All the clothes I’m wearing were purchased by my son when he was home. After he left [was arrested], who takes care of me? Even if I died, there is no one to care about it.”

After the woman’s son was arrested, she was summoned to the town government office and was told that the government would be lenient toward her son. But that was nine months ago, and she still hasn’t received any word about when he will come home.

The woman revealed that every person who goes to the “study class” to visit family members must pass through several security gates, and must follow a red line (painted on the road within the camp to guide visitors). Some elderly people were not allowed to enter the camp to visit their children and were left outside crying.

“Why is the Communist Party so sinister now?” asked the woman. “They say they are developing China. But they’re persecuting the common people so much that we don’t even want to live anymore.”

At the end of the interview, one of the grandsons said holding two kittens. “We can keep our grandma company when we are at home,” he said. “If we go to school, my grandmother will be by herself and lonely. Only these two cats will keep her company.”

The elderly woman looked at her grandsons fondly and said, “I need to get into a good mood now. I have to look after the children, and I still need to take care of myself.”