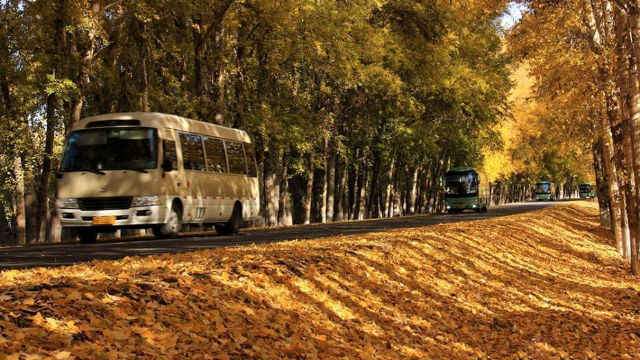 International media has already reported that Uyghurs are being transferred to, and detained in, other provinces of China. Bitter Winter has uncovered further details about the movement, and what we are learning is disturbing.

According to sources in Chinese Communist Party (CCP), the provinces of Shaanxi, Inner Mongolia, Gansu, Heilongjiang, and others have been assigned quotas of detainees to take. At present, sources have reported that Shaanxi Province in central China was issued a quota of about 25,000 people. An estimated 500,000 Uyghur Muslims will be dispersed and detained throughout China.

It would appear that the effort to disperse Uyghurs across the country is an attempt to hide the numbers of those arrested from the wider world. An insider at a public security bureau in the northeastern province of Heilongjiang told our reporter, “The re-education camps in Xinjiang have already drawn international attention. The highest authorities ordered that these prisoners be transferred elsewhere. That way, when international organizations investigate, there will be no one in the re-education camps anymore.”

Insiders report that officials are taking extreme steps to cover up their movement of prisoners. As an example, in September, corps of the People’s Armed Police from outside of Xinjiang arrived with large buses to transfer thousands of Muslims out of Xinjiang’s Kashi prefecture. To prevent this news from leaking, every officer who participated in the escort process was forced to sign confidentiality agreements and was warned that anyone who disclosed information would be sentenced to three years in prison.

The buses used in the operation had misleading labeling painted on their sides, and license plates were obscured on police vehicles from other jurisdictions. Any part of the vehicles that indicated a place of origin was hidden. Police ID numbers and badges were removed from the uniforms of officers. During the transfer to their new detention centers, Uyghurs’ heads were covered in black hoods, and curtains covered all the vehicle windows so that no prisoner could see outside. Police officers used hand gestures to communicate with each other to avoid speech giving away their origins. During the transfer, roads were guarded by armed police, and some roads and railroads were closed altogether.

One prison guard, who spoke on condition of anonymity, reported that all prisoners arrived at their new homes at night, to make it more difficult for them to know where they were. Before arrival, the prison’s signboard was removed. Any signs inside the prison that refer to place names were also removed. The Uyghur detainees likely have no idea where they are being held, and their relatives face an even greater challenge to find out where their loved ones have been transferred.

Our sources report that the government is extremely nervous about the situation. Meetings about the movement of Uyghurs are said to be highly confidential, and records of meetings are encrypted when saved.

Sources fear that the information available so far could be just the tip of the iceberg. They say that Uyghurs are dying during the process of being moved. According to an insider in the Inner Mongolia Autonomous Region, located in the north of China, one prisoner was beaten to death by the police during his transfer. The source fears the victim’s body might already have been cremated. This news has been kept highly confidential, and it is difficult to learn more details.

Prison guards who spoke to Bitter Winter anonymously had said that most of the transferred prisoners are males, and are serving heavy sentences from 10 to 20 years. Among them, the oldest is already in his seventies. Some of them have been charged with committing “treason” or “crimes against national security” and later given prison sentences. However, according to official records, some were imprisoned because they got in an argument with local officials or because they were caught praying several decades ago.

Some think that the prisoners’ real crime is their religious belief. One source told Bitter Winter, “Muslims won’t accept that the Communist Party gives the things they eat, drink and enjoy. They firmly believe that everything people enjoy is the gift of Allah. They are detained just because they hold this belief. That is their greatest ‘crime.’”

Bitter Winter will continue to report more details regarding the plight of the Uyghurs as they become available.