The troika including Saudi Arabia, Kenya, and Hungary delivers a document that simply lists the opinion of different countries on human rights in China, without taking any position. 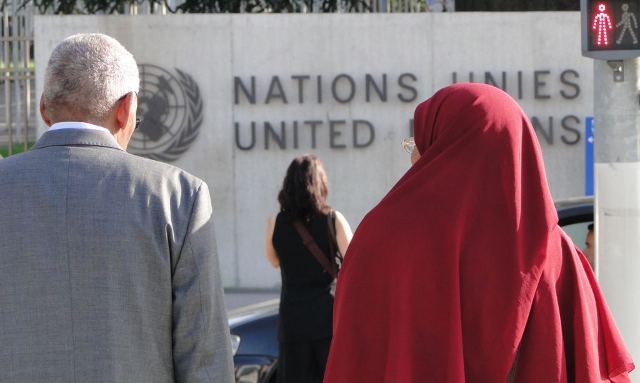 On March 15, 2019 the troika consisting of Saudi Arabia, Kenya, and Hungary released its report on the Universal Periodic Review of China at the United Nations’ Human Rights Council in Geneva.

Nobody expected a strong indictment of China. The three countries of the troika have all human rights problems of their own. Hungary itself, despite being part of the European Union, is under heavy criticism. Hungary was the first European country to sign up to the Chinese Belt and Road initiative. Kenya is so heavily dependent on China economically that even the fact that it still has a modicum of national sovereignty has been recently cast in doubt. Saudi Arabia is a Sunni Muslim country and one could have expected a serious investigation of the crimes perpetrated against the Sunni Uyghur and Kazakh Muslims in Xinjiang. However, as Bitter Winter reported two weeks ago, on February 22 China and Saudi Arabia signed economic agreements worth $ 28 billion. Immediately thereafter, Saudi Arabia stated that it actually supports the detention of one million Uyghur and other Sunni Muslims in the dreaded “transformation through education camps” as a necessary anti-radicalization measure.

The report is a flat, useless document. It reports China’s propaganda statement about the glorious situation of human rights in Xi Jinping’s kingdom without comments. These statements are often involuntarily humorous, but it is a dark humor indeed. Answering criticism about the camps in Xinjiang, China actually offered them as a model to other countries. “China, the report said, stated that the Xinjiang vocational skills education and training institutions, which had been established for counter-terrorism purposes in the Xinjiang Autonomous Region, were focused on the study of legal knowledge, vocational and language skills and on deradicalization, and that they were employment oriented. Through such education, those institutions helped the few people who had been exposed to and affected by extremism to shake off terrorist and extremist thoughts. Instead of cracking down upon those people after they became terrorists and a danger to others and to society, the institutions helped them reintegrate into society, rather than becoming hard-core terrorists or victims of terrorism. As part of the preventive antiterrorism measures, such institutions had been established in accordance with the law and had produced the expected results. They represented the efforts of Xinjiang to explore an effective counter-terrorism approach and another important contribution by China to the international counter-terrorism endeavour.” How one million and more Muslims in Xinjiang can all be “terrorists” was left unexplained.

In the second part, the report only listed the recommendations by other UN member states, without any comments, asking China to answer at its earliest convenience. China has already answered, simply stating that it does not accept any criticism. At least, deserved praise and credit should be given to the countries that asked China to give answers about its continuous violations of religious freedom: Australia, Austria, Belgium, Canada, Croatia, Czechia, France Finland, Germany, Haiti, Italy, Mexico, New Zealand, Norway, Poland, Sweden, Switzerland, United States. And shame to those who actually praised China’s crackdown on religion or human rights. Bitter Winter has already reported on North Korea’s incitement to China to “continue to fight against cult organizations,” as summarized in the report. Assad’s Syria and Maduro’s Venezuela also praised China’s repression of extremists or the excellent situation of human rights there, as did Cuba,Turkmenistan, and Egypt. Whether this company would help China or rather show it is part of an “axis of evil” of human rights serial violators remains to be seen. But too many other countries remained silent or resorted to an ambiguous language. A case in point is Greece, which acknowledged China’s (largely imaginary) “reforms” in the field of human rights and invited the Chinese to “further strengthen the protection of the rights of ethnic minority groups,” as if a protection really existed.

We mention Greece because it signed a Belt and Road Memorandum of Understanding in 2018 and allowed China to acquire a majority share of its main port, Piraeus. As usual, Greek authorities insisted that these agreements were merely economic rather than political. However, there are always undisclosed and even unwritten clauses in agreements with China. Those who enter China’s economic network may reap economic benefits, but invariably stop mentioning the CCP’s problems with human rights.