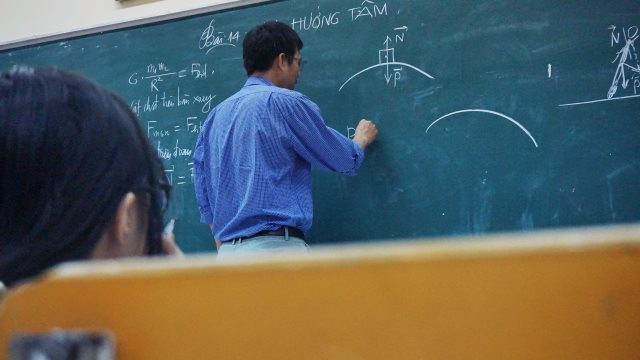 As the primary sources to spread atheist propaganda to children on behalf of the Chinese Communist Party, teachers have become the focus of anti-religious persecutions.

Liu Mingrui (pseudonym) was a highly-regarded teacher at a high school in Qingdao city in Shandong. The grades of the classes she used to teach were among the highest in the entire school. As a member of a Sola fide house church, she sometimes spoke about religious belief to her students, for which she received several warnings from the principal. In late spring of 2018, after a student fainted during Ms. Liu’s class, she suggested the student’s classmates to pray for her recovery. After the principle had learned about this incident, she was sent to teach in the countryside and was warned that if she continued believing in God, she would be imprisoned.

In December 2012, Zhang Qiang (pseudonym), a teacher at a middle school in Fujian’s Quanzhou city, was arrested by the police and detained for ten days for his belief in God. After his release, the school demoted him and suspended his teaching subsidy on the grounds that he “incited and instigated others to engage in xie jiao activities, seriously disrupted public order in society, and caused a severe adverse impact on the unit and society.” Xie jiao refers to heterodox teachings in China and is punishable under Article 300 of the Chinese Criminal Code. The school authorities also warned him that if he reoffended within the next two years, he would be sentenced to prison, and the school would expel him.

In October 2014, the school stripped Zhang Qiang of his teaching credentials and stopped paying his salary. He was also required to clean the school every day, including the washrooms, causing him extreme humiliation. It was not until July of 2015 that the school found no evidence that Zhang Qiang still believed in God, that his salary was restored. However, he was never reimbursed for the withheld wages.

Zhang Qiang said in distress, “To maintain its dictatorial power eternally, the Communist Party only allows teachers to indoctrinate students with patriotic, pro-Communist education, and demands that students stay away from religion and be hateful towards it. Where will this kind of education ultimately take China?”